The event held over the last weekend in January revealed an explosion in the number of recorded sightings of Waxwings. These attractive-looking birds appear in numbers in British gardens in winter once every seven years or so, when the berry crop fails in their native Scandinavia. This is known as an 'irruption', and results showed that Waxwings were seen in around 11 times more gardens in 2017 compared to the last couple of years, with sightings as far west as Wales and Northern Ireland.

Weather conditions leading up to the event meant that this year British gardens were treated to a range of different visitors. Along with Waxwings, there was also a large jump in the number of visits from other migrant birds such as Redwing, Fieldfare and Brambling, as the sub-zero temperatures on the continent forced them to go in search of milder conditions. 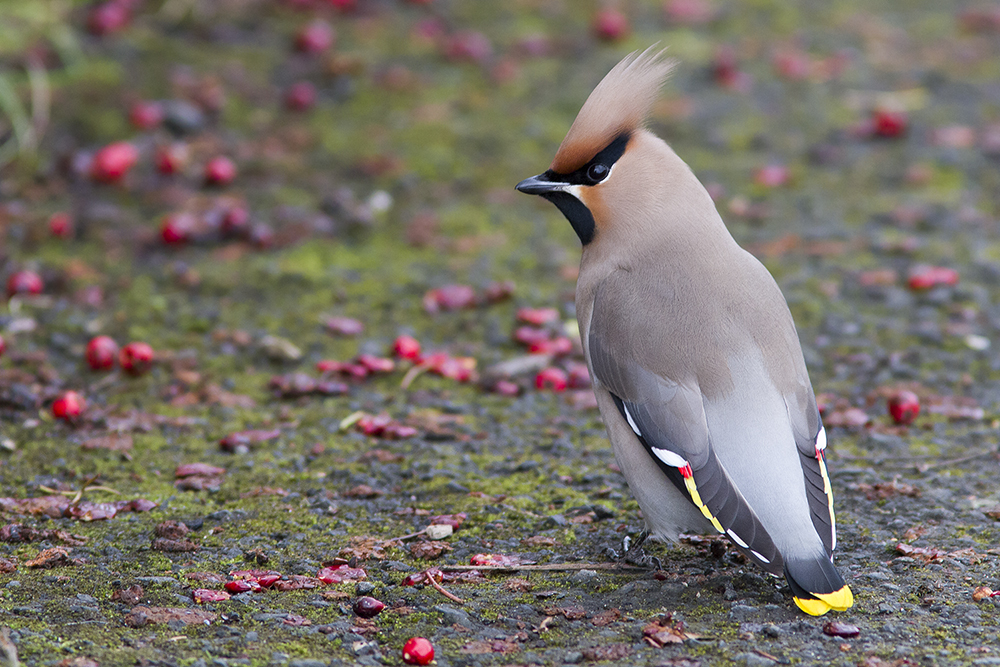 Waxwings were seen in 11 times more gardens in 2017 than in the past two years (Photo: Gary Woodburn)

RSPB Conservation Scientist Dr Daniel Hayhow said: "The sight of a Robin or Blackbird perched on the garden fence is often one of the first experiences we have with nature. So to have over half-a-million people taking part and counting a bumper eight million birds across one weekend is amazing. Using the information from the weekend we'll be able to create a snapshot of how our garden birds are doing.

"In the lead up to the Birdwatch there was some speculation as to whether we could see a 'Waxwing winter' and the results prove that to be the case. Flocks of these striking-looking birds arrived in the UK along the North Sea coast and will have moved across the country in search of food, favouring gardens where they can feast on berries. With it only happening once every seven or eight years, it will have been a treat for the lucky people who managed to catch a glimpse of one."

There was good news for Robins, with the average number seen visiting gardens at its highest level since 1986, helping it climb two places to number seven, the species' joint highest-ever position in the Big Garden Birdwatch rankings. Blackbird was another climber, moving to number three and becoming the UK's most widespread garden bird after being spotted in more than 93 per cent of British gardens.

The survey also highlighted a decline in the recorded sightings of Blue (down 11 per cent), Great (down 10 per cent) and Coal Tits (down 14 per cent) on last year's figures. Dr Hayhow explained: "Numbers of small-bodied birds such as Blue ... and Great Tits are susceptible to changes in weather throughout the year, and scientists believe that the prolonged wet weather during the 2016 breeding season led to fewer younger birds surviving than usual, meaning there are fewer to be seen in gardens." 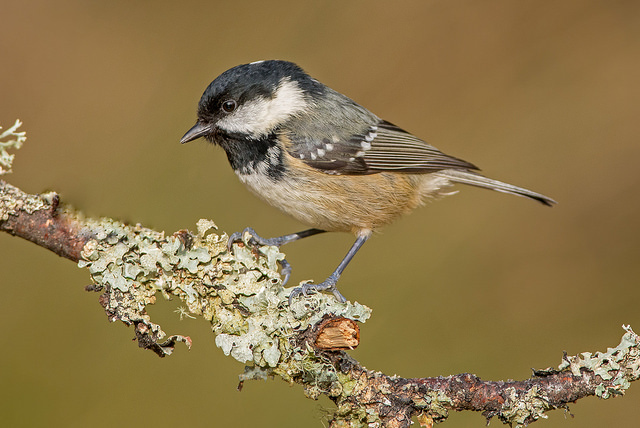 It wasn't a great year for Coal Tits, with the species down around 14 per cent (Photo: Jeff Lack)

This year's results also pointed to the positive effects that wildlife-friendly gardens are having on bird behaviour. Recorded sightings increased for 16 of the top 20 Big Garden Birdwatch birds between 2016 and 2017, showing how gardens are becoming an invaluable resource for our most common British garden birds.

Claire Thomas, RSPB Wildlife Advisor, said: "This year was another incredible year for the Big Garden Birdwatch, with our favourite garden birds like Starlings, Robins and Goldfinches, joined in the gardens up and down the country by more unusual visitors. Our gardens can become an invaluable resource for birds — throughout the year birds need food, water and a safe place to shelter. If we all provide these things in our outdoor spaces it will be a huge help to our garden birds, perhaps even playing a role in reversing some declines."

The nation's schoolchildren noticed a similar pattern when taking part in the RSPB Big Schools Birdwatch. The UK-wide survey of birds in schools saw over 73,000 school children spend an hour in nature counting birds. Blackbird remained the most common playground visitor for the ninth year in succession, with over 88 per cent schools spotting at least one. The top three was rounded off by Starling and Woodpigeon.

Big Garden Birdwatch and Big Schools' Birdwatch are aimed at tackling the crisis facing Britian's threatened wildlife. The charity is asking people to provide a home for wildlife in their gardens and outdoor spaces, whether it's putting up a nestbox for birds, creating a pond for frogs or building a hibernation box for Hedgehogs.