"When January comes around, my family notices that I keep looking out of the window more often than ever. I am of course, getting bitten by the annual bug of the Big Garden Birdwatch." — Mike Clarke, Chief Executive of the RSPB.

The RSPB's annual Big Garden Birdwatch is back on Saturday 26th and Sunday 27th January 2013, giving people across the UK the chance to be part of the world's biggest wildlife survey. Almost 600,000 people across the UK took part in Big Garden Birdwatch in 2012 and between them counted more than 9 million birds. To take part, people are asked to spend just one hour at any time over Big Garden Birdwatch weekend noting the highest number of each bird species seen in their gardens or local park at any one time. They then have three weeks to submit their results to the RSPB, either online at www.rspb.org.uk/birdwatch or in the post.

Now in its 34th year, the survey provides the RSPB with an important snapshot of garden bird populations in winter and has helped to highlight some dramatic declines in UK garden birds. In the first survey in 1979, an average of 15 Starlings were seen per garden, but that fell to an average of just three Starlings per garden in 2012, the lowest level ever. House Sparrow numbers have fallen by two thirds over the lifetime of the survey too. Sarah Houghton, RSPB Big Garden Birdwatch Manager, said: "Everyone who takes part in Big Garden Birdwatch is contributing to the world's biggest wildlife survey and helping us learn more about some of our most familiar garden birds. The declines of birds like Starlings and sparrows over the last 30 years or so have been alarming, but Big Garden Birdwatch has helped us find out more about their numbers and distribution across UK gardens, and that has been the first step in helping to put things right." 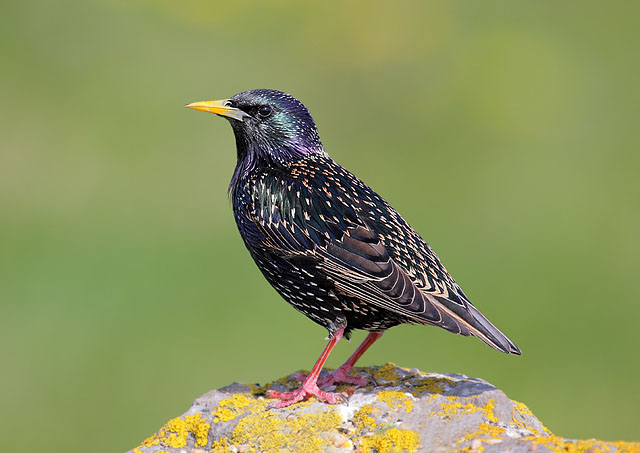 Some bird species have fared considerably better over the years. Sightings of species such as Blue Tits, Great Tits and Coal Tits in gardens have increased since 1979. Goldfinches, which were absent from the Big Garden Birdwatch top 15 in the early years, have featured regularly as a top 15 species since 2004. From Thursday 1st November 2012 you can register to take part in Big Garden Birdwatch 2013 at www.rspb.org.uk/birdwatch or call the hotline on 0300 456 8330 to receive a free Big Garden Birdwatch pack.

Schools can also get involved in the Big Schools' Birdwatch. Almost 90,000 children and teachers take part each year, and it is a brilliant way of helping young people connect with nature in their school grounds or local green space. This year's Schools' Birdwatch will take place from 21 January — 1 February 2013, and schools can pick any hour within these two weeks to join in. The RSPB produces a free teachers' pack brimming with ideas, activities and information to help schools plan a fantastic birdwatch.