The first Bewick's Swans arrived back at WWT Slimbridge today [18th October], heralding the start of winter — and may mean it could be even colder than the last.

Staff opening up the centre this morning saw the eight swans on the Rushy Lake at dawn. This is the earliest they have arrived since 2003, when they also arrived on the 18th. Two of the swans, a couple called Riso and Risa, are among these first returning Bewick's. Risa has been coming here for 13 years. They arrived with five yearlings, last year's juveniles, although these weren't named last year as their unique bill pattern, from which they are identified, takes time to form. The eighth bird to arrive back is still waiting to be identified. 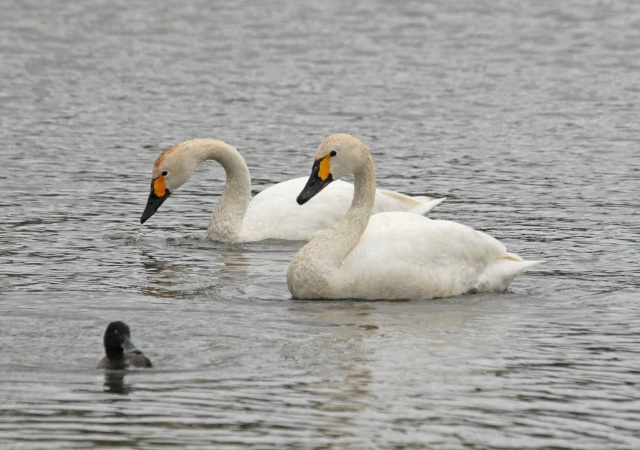 According to folklore, if the Bewick's Swans arrive early then we could be in for a cold winter, so it might be time to dig out your hats and scarves. Last year the swans arrived almost two weeks later, but in larger numbers, so we wondered if snow was on the cards — and it did indeed turn out to be the coldest winter for 31 years.

James Lees, Slimbridge Reserve Warden, said: "They have flown 2,500 miles from their breeding grounds in Russia, so will probably rest for most of today. It has been widely reported in the news that forecasters have predicted it will be just as cold this winter as last and the early arrival of the Bewick's could support this, and could even mean we are in for an even colder winter this year. If nothing else they have brought the arctic weather with them as this week is set to be fairly chilly."

"Every year we look forward to the arrival of the Bewick's Swans and starting our public swan feeds towards the end of November. They are amazing birds to watch and it is fascinating studying their bill patterns and keeping track of the different families through generations." 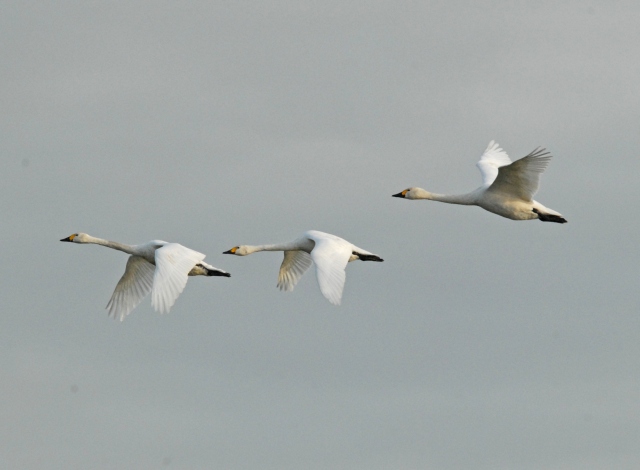 Some interesting characters we are hoping to see return to Slimbridge again this year are: