An RSPB nature reserve is launching a battle against invasive non-native plants this weekend, before they take over. As summer gets underway, the wildlife charity wants to make people aware of the risk of accidentally introducing potentially damaging plant-life into their own gardens as well as into the wild.

RSPB Fairburn Ings near Castleford is taking up a fight, on behalf of its native plant life, to exterminate some Himalayan Balsam growing in abundance on one of its nature trails. Staff, volunteers and visitors will be rolling up their sleeves to pull up the plants before it's too late. The total cost of invasive non-native species to the British economy is estimated at £1.7 billion annually, and the cost of controlling Himalayan Balsam alone is estimated at £1 million per year. 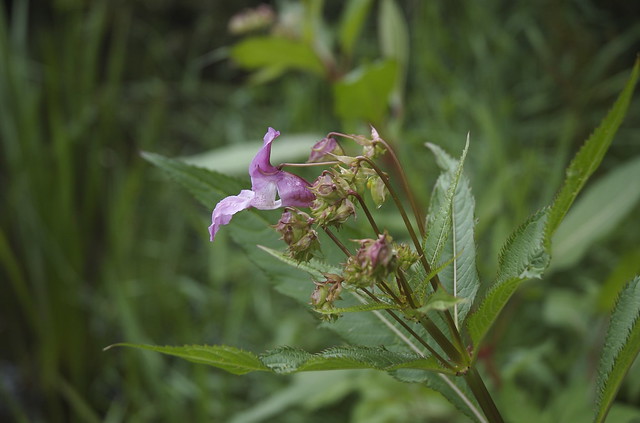 Karen Swaffield, who will be leading the assault at Fairburn Ings, says: "Left unchecked, this plant could spell disaster for the reserve's native plants and flowers. Its pretty pink flowers have a really strong smell and lots of sweet nectar, meaning it attracts bumblebees, butterflies and other insects. This sounds great, but it means the insects spend less time pollinating our native wildflowers. Himalayan Balsam is really easy to pull up because it has such shallow roots. But there's just so much of it. It's important to get it now, before the exploding seed heads form and start popping thousands more seeds all over the site."

Himalayan Balsam is just one of many non-native plants that the RSPB is warning can be invasive in character, choking waterways and outcompeting native plants. Most invasive non-native plants that are causing problems in the wild originate from gardens and ponds. The wildlife charity wants to make people aware that invasive non-native plants can end up in the countryside, as seeds and plant fragments are carried by birds and other wildlife that visit garden borders and ponds, and by a minority of people who illegally dump unwanted plants into the countryside. Some seeds are also carried 'over the garden wall' by the wind.

Some people try to boost the wildlife of their pond by bringing a bucket of water from an established pond. This carries the risk of introducing disease or undesirable animal or plant life, because many ponds contain non-native, potentially invasive, plants or animals. Similarly, it is important never to allow material from garden ponds to reach the countryside, either accidentally or deliberately. Once established, it is very difficult to eradicate these plants, and they can pose serious threats to native ecosystems. Invasive plants don't make good garden plants. The RSPB says that if you are planning on buying plants for your pond in particular, check that what you buy is native.

John Day, RSPB urban advisor, says: "Non-native plants that jump the garden fence cost the taxpayer and conservation organisations hundreds of thousands of pounds each year in trying to control and eradicate them. This is money that could otherwise be spent on the many other priority conservation issues we face. The impacts of invasive non-native species are one of the highest threats to global biodiversity. People can do their bit by being careful about what they plant in the garden. If anyone is planning to buy plants for their pond, they need to check what they buy is native. Disposing of plant waste properly is important too: composting it or burning it are the best options."

Sophie Thomas of plant conservation charity Plantlife says: "Gardeners, pond and aquarium keepers can play a vital role in protecting our countryside from the damaging impacts of invasive non-native plants by choosing not to buy or grow them. But buyers should be aware: some invasive plants are labelled with 'buy British' slogans or common names usually associated with native plants."

Nick Mann of Habitat Aid said: "We can't put the genie back in the bottle, but at least we can try to keep some of these aggressive non-native species on the back foot. A lot of our native plants and their related fauna are in sharp decline, so this kind of initiative and the awareness it brings has to be good news."

The most damaging of the invasive plants should never be introduced and include:

In the case of some non-native plant species — including all of the above — it is illegal to plant or otherwise cause them to grow in the wild. 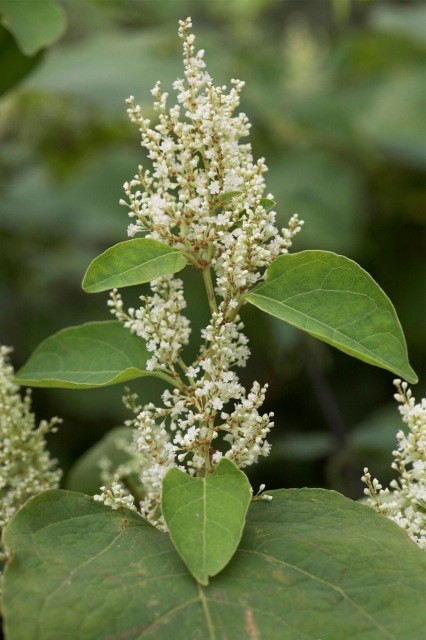 Himalayan Balsam is a very aggressive non-native plant, which is tackled at Fairburn Ings every year. It was introduced in the UK in 1839, and has since taken root across much of the country. It can produce exploding seed heads that can propel 2,500 seeds up to 5m away. The last couple of very cold winters followed by beautifully warm springs have created the perfect conditions for the plant to thrive all over the protected wetlands at Fairburn Ings.

Other species which have had to be tackled at RSPB nature reserves, and that would also spread in gardens, are Australian Swamp Stonecrop, Japanese Knotweed, Rhododendron and Floating Pennywort. Lists of the invasive plants to watch out for, and suggestions for non-invasive plants that can be used instead in gardens and ponds, are freely available to download from the Plantlife website.