RSPB Scotland has welcomed the Scottish Government's decision to reclassify European Beaver as a native species to Scotland.

The announcement was made by the Cabinet Secretary, Roseanna Cunningham MSP, earlier this week. Duncan Orr-Ewing, Head of Species and Land Management, said: "Beavers have become the first species of mammal to be reintroduced to Scotland in what can only be described as a landmark decision from the Scottish Government, and one that RSPB Scotland welcomes and supports entirely. [European] Beavers are incredible mammals that have a crucial role to play in our countryside, as well in terms of promoting the conservation of other native wildlife through habitat creation.

"The Scottish Wildlife Trust and the Royal Zoological Society of Scotland have carried out fantastic evidence-based work at Knapdale through the Scottish Beaver Trial and today's announcement is a credit to their hard work.

"We look forward to the presence of beavers on our nature reserves and the wider biodiversity benefits they bring, as well as working with the Scottish Government, landowning and farming interests, and other wildlife conservation organisations to secure a viable future for beavers across Scotland." 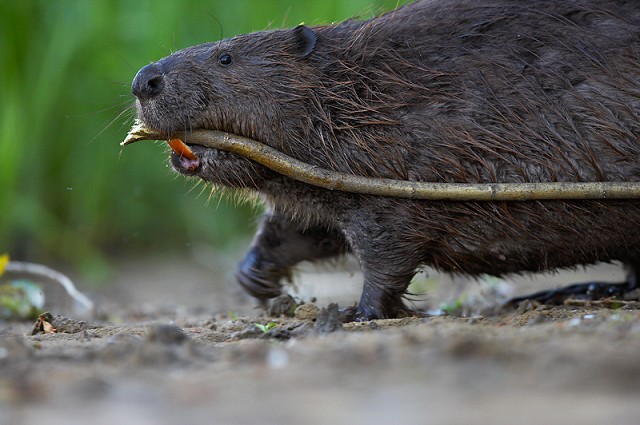 European Beaver has been reclassified as a species native to Scotland (Photo: Sven Zacek/wiki commons)

The decision follows the ending of the scientific monitoring period of the Scottish Beaver Trial in May 2014, and the publication of Scottish Natural Heritage's Beavers in Scotland report. in June 2015, which summarised 20 years of beaver research. Beavers create large areas of habitat for bird nesting and feeding, and while the Scottish European Beaver population will be constantly managed, the animals will come under the full protection of European law. It is not known how Brexit will affect this situation.