Argentina approves measures to save seabirds

The use of measures to prevent seabird by-catch deaths has just been approved by the Argentinian government, a decision that will save the lives of thousands of seabirds.

Daily life is not easy for a fisherman in the South Atlantic. Bad weather, waves several metres high and the constant movement of the boat make their tasks difficult. The days, weeks and months away from their families accumulate and make the return to land a desirable prospect. However, most of these men and women love the sea. They love the fish, which give them work and sustenance. And they love seabirds too. The immense and impressive albatrosses and petrels are, along with dolphins and whales, their faithful companions on the high seas.

However, more often than they'd like, they watch seabirds die, accidentally caught in their fishing nets or struck by cables towing the net. Studies estimate that between 9,000 and 18,000 Black-browed Albatross are killed every year, and this is only taking into account those that are killed by Argentine hake trawlers.

Through the Albatross Task Force, BirdLife Partner Aves Argentinas has been working with fishermen to recognise and identify the seabird species they encounter every day: Cape and Southern Giant Petrels, Black-browed, Shy and Southern Royal Albatrosses and the 'king of the seas', Wandering Albatross, all inhabit these icy waters. 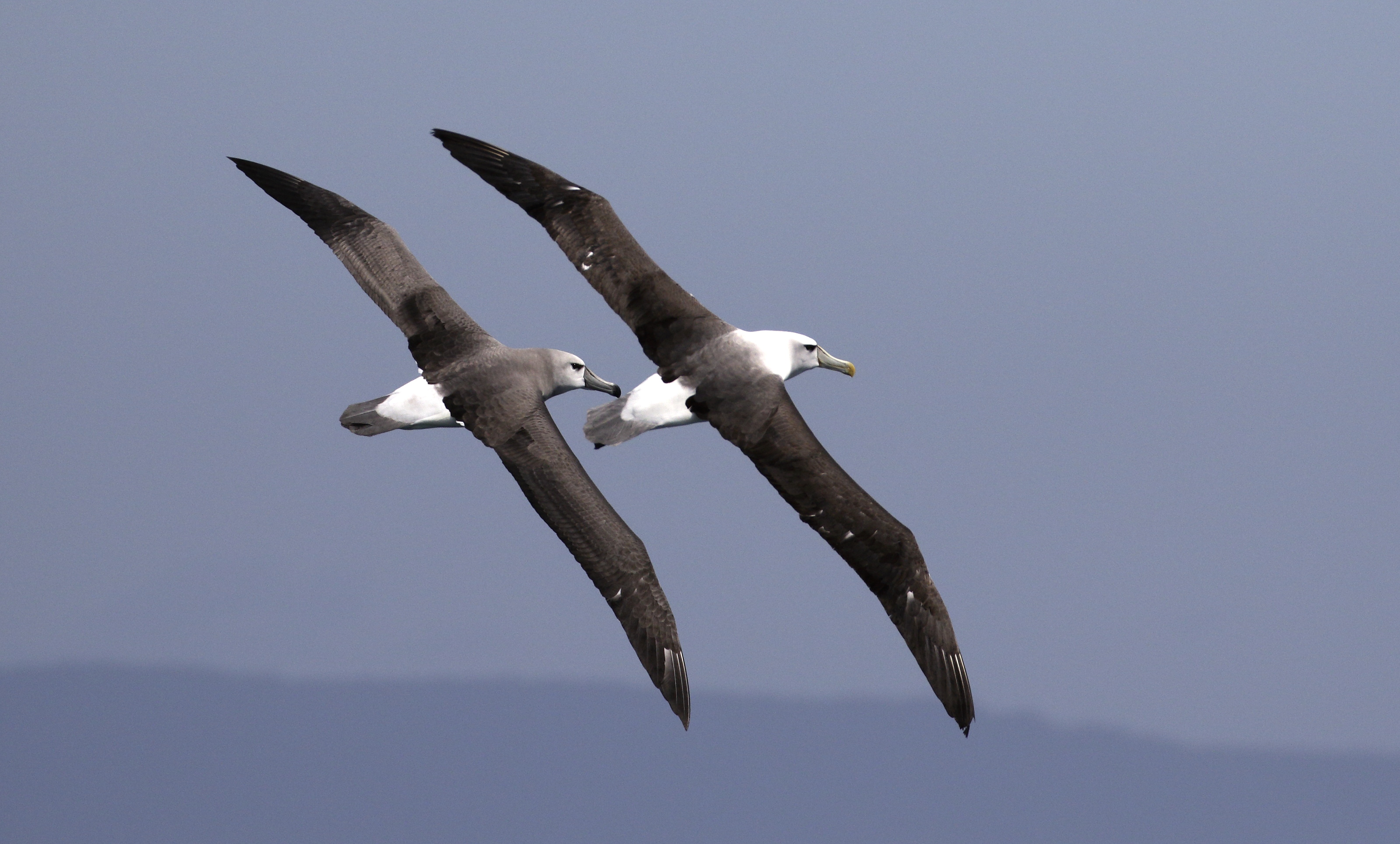 Shy Albatross is one of several of its family affected by commercial fishing in Argentinian waters (Photo: Chris Darby)

Each time one of these long-lived species is killed, it hurts the remaining but declining populations. Fortunately the fishermen have also learnt that measures can be taken to prevent these birds being killed. Bird-scaring lines are a valuable ally, and can prevent the deaths of thousands of albatrosses and petrels every year. These colourful streamers keep birds away from danger areas, such as the trawl cables that tow the net. Biologists, technicians and fishermen have learned together to set them up, use them and improve the design.

Last week, everyone — including the seabirds — had great news from Argentina: the Federal Fisheries Council, the agency that regulates fisheries, announced that the use of bird-scaring lines will become compulsory in the trawl fishery to protect seabirds; it will be a voluntary measure until 1 May 2018 and mandatory from that date.

Seabirds know no boundaries, and an albatross saved from death in Argentinean seas may reach New Zealand waters just a few days later. Our seabirds unite us and so does this excellent news.