Are you an Otter spotter or a Kingfisher counter?

British Waterways — guardian of the nation's canals and rivers — is inviting nature lovers of all ages to visit their local canal, river, reservoir or dock and tell us what creatures they see there. This year's survey will focus on the splendid regent of the waterways — the Kingfisher, whose numbers are expected to have fallen due to the recent harsh winter. 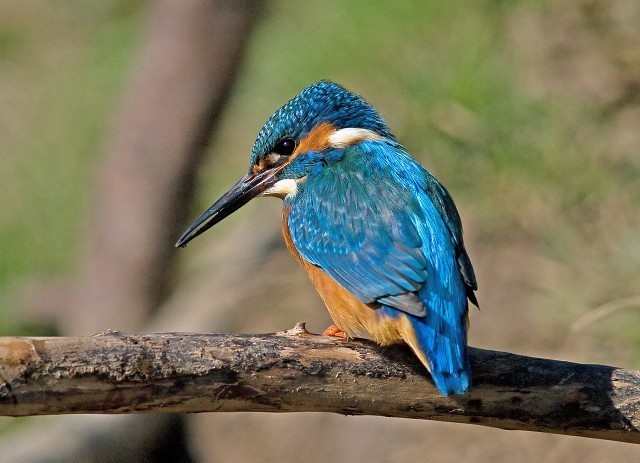 Mark Robinson, British Waterways' national ecology manager, explains: "We have had a hard winter this year and although nature is pretty resilient, we think many species will have suffered. The good news is that our waterways act as green corridors connecting towns, cities and farmland, and providing vital shelter and a winter larder for wildlife struggling to survive and recover. However, some species will have been particularly hard hit. Frozen water and plummeting temperatures may have significantly reduced Kingfisher populations, with the possibility that many lost the battle against the cold. It is therefore particularly important for us to monitor what species will need our support over the coming year and we're asking the public to help us do that."

With spring firmly here, the annual waterways wildlife survey is a perfect family activity and will continue throughout the year until the autumn. British Waterways wants nature novices and seasoned spotters to record sightings of all wildlife they see on the waterways at www.waterscape.com/wildlifesurvey.

Last year people taking part in the wildlife survey reported more than 42,500 sightings including nearly 300 different species of birds, amphibians, reptiles, insects and other waterway mammals. To help people get started, British Waterways has produced a downloadable guide to what wildlife can be found along the nation's canals and rivers.

British Waterways is also running a photography competition alongside the survey for adults and children, with prizes of up to £100 available. To find out more and to download a wildlife survey guide, visit www.waterscape.com/wildlifesurvey.

The Waterways Trust is raising money to improve habitats for waterway birds improvements including:

The Waterways Trust is working with British Waterways and other organisations to help some of the most threatened waterway birds, but they need your support. To donate to the Waterway Birds Appeal please visit their website www.thewaterwaystrust.org.uk/wildlife or call 0845 0700 710 (9am–5pm, Monday–Friday).