Two extremely rare visitors from the Arctic paid visits to beaches on the westerly coasts of Cos Cork and Kerry last week.

The first of these was a male Hooded Seal, which appeared at Toormore beach, west of Schull, on New Year's Day. Apparently in good health, the animal measured more than 2 metres in length and was estimated to weigh around 300 kg. 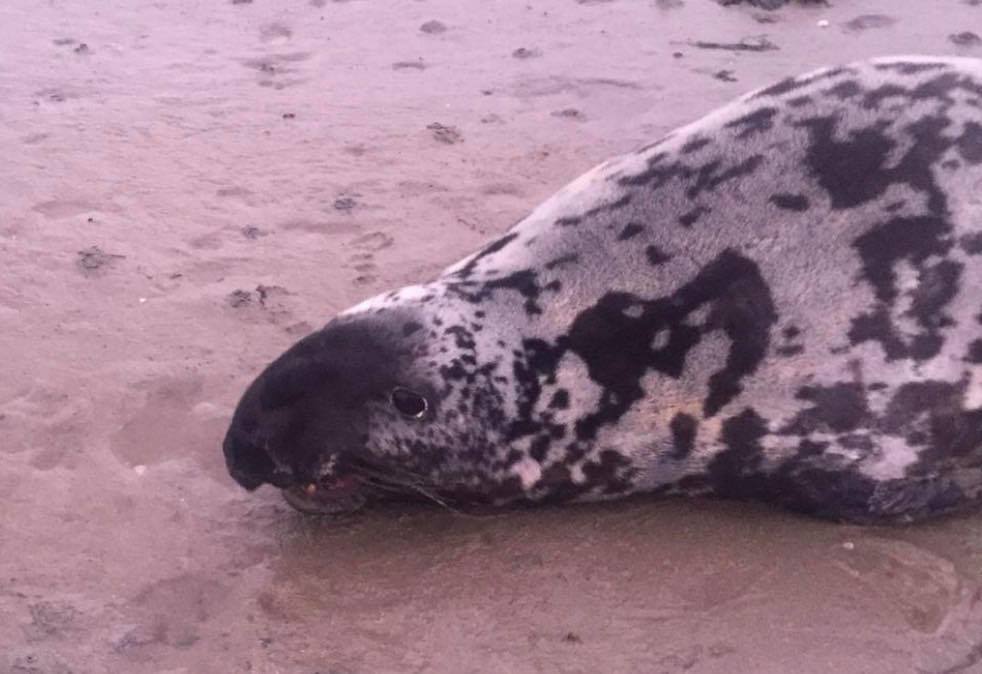 Sexed as a male due to the distinctive, elastic balloon-like nasal cavity on the top of its head, which only males possess, the seal was observed (and filmed) inflating this sack on a few occasions.

It stayed on the beach for the remainder of the day, where it was monitored by volunteers to ensure its rest was undisturbed by onlookers, before swimming off from Toormore the following day (2nd) – it hasn't returned there or been seen anywhere else since.

While principally an Arctic species, Hooded Seal spends much of its life well away from land and has been seen as far south as the Mediterranean Sea. There are six previous Irish records: two historical occurrences are cited from Co Mayo in 1836 and Co Galway in 1898, with more recent sightings involving juveniles in Co Wexford in September 2001, Co Waterford in October 2006, Co Dublin in July 2012 and Co Donegal in 2016.

Then, on 2nd, news came to light of Ireland's first-ever Ringed Seal – a pup, just a few weeks old, which appeared on the beach at Glenbeigh, Co Kerry. It was noticeably underweight – unsurprising given its premature separation from its mother – yet managed to evade help by slipping off into the sea before rescuers could arrive. Locals are remaining vigilant in case of a reappearance on a nearby beach.

"Both these seals would normally be found on the drifting pack ice of the Arctic Ocean and the North Atlantic, so they have come a long way for a rest," a spokesperson for Seal Rescue Ireland said. "They are normally seen off the coast of Greenland, which is likely where these two have originated."

It is speculated that Ringed Seal is a fairly regular visitor to the Northern Isles, in particular Shetland, although its similarity to the familiar Common Seal makes identification challenging in most instances and thus confirmed records are few and far between.

This fiesty chappy is a baby ringed seal (Pusa hispida) & was found in...Ireland! A long way from it's icey home in the Arctic! Can you see the patches of white fur? That's called lanugo & is normally all moulted by the time the pup leaves mum. Seems they were separated early. pic.twitter.com/qZfG6chzKr

Arctic Hooded Seal - in action in West Cork, Ireland
1st Jan 2020 - would really like to know if we have more data on the travels on these to Ireland ? @IrishTimes @NatureRTE @NatGeo pic.twitter.com/ESFqzXLClT