A pet shop owner has organised a peaceful protest at Louth Town Hall due to her ongoing concerns about birds becoming trapped in netting around the building.

Birds have become caught in the protective netting around the upper floors of the town hall and, in some cases, birds have been trapped there for several days before being rescued, but often it has been too late to avoid lasting injury or even death. 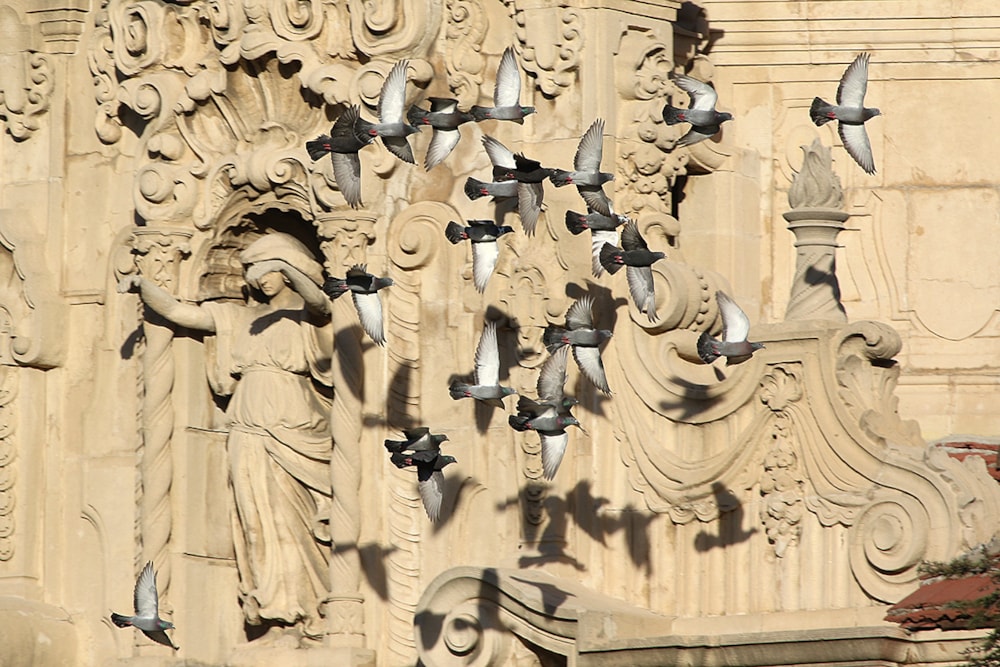 Some of the birds trapped in the netting at Louth Town Hall have been stuck there for days (Alexander Viduetsky).

Meg Johnson, 21, has arranged the protest with up to 100 people having already expressed their interest in attending. The protest begins outside Meg's shop, Potty About Pets, at 10.30 am on Saturday 2 November, before heading over to Louth Town Hall for 11 am.

Meg told the Louth Leader that her campaign began in August 2018, and an RSPCA inspector said the current netting is "not fit for purpose" in March 2019. However, Meg has claimed that, despite promises that action would be taken to resolve the problem, there has been little progress.

She said: "I informed the RSPCA that a protest would happen, as the people of Louth have had enough and if we don’t see action, then other measures will take place to remove the netting. We appreciate that it is a listed building and needs some bird deterrent measures, but the netting in its current state is a death trap."