Another satellite-tagged bird of prey 'disappears' in the Monadhliath Mountains

RSPB Scotland has announced that a young male Hen Harrier, fitted with a satellite transmitter as part of the charity's part EU-funded Hen Harrier LIFE+ Project, has gone missing on a grouse moor in the Monadhliath Mountains, south-east of Inverness.

The bird, named Elwood, was the only chick to fledge from a nest in Banffshire, which was being monitored under the Partnership for Action against Wildlife Crime Scotland (PAW Scotland) "Heads-up for Harriers scheme".

The transmitter's data, being monitored by RSPB Scotland staff, indicated that the young bird fledged from its nest in the first week of July, but stayed close to the site in the hills above the River Spey until 20th, when he began to travel more widely. By 27th, he had moved 20 miles to the south-west, and had settled in the hills around Tomatin.

The bird remained in this area, with the transmitter providing detailed information about his daily travels until suddenly, transmissions ceased abruptly on 3 August. The bird's last recorded position was on an area of managed moorland a few miles from the Slochd summit on the A9.

Last week, news emerged that eight satellite-tagged Golden Eagles had also disappeared in the northern Monadhliaths in the last five years, with three of these birds, whose transmitters were also functioning normally, going "off the radar" this spring. 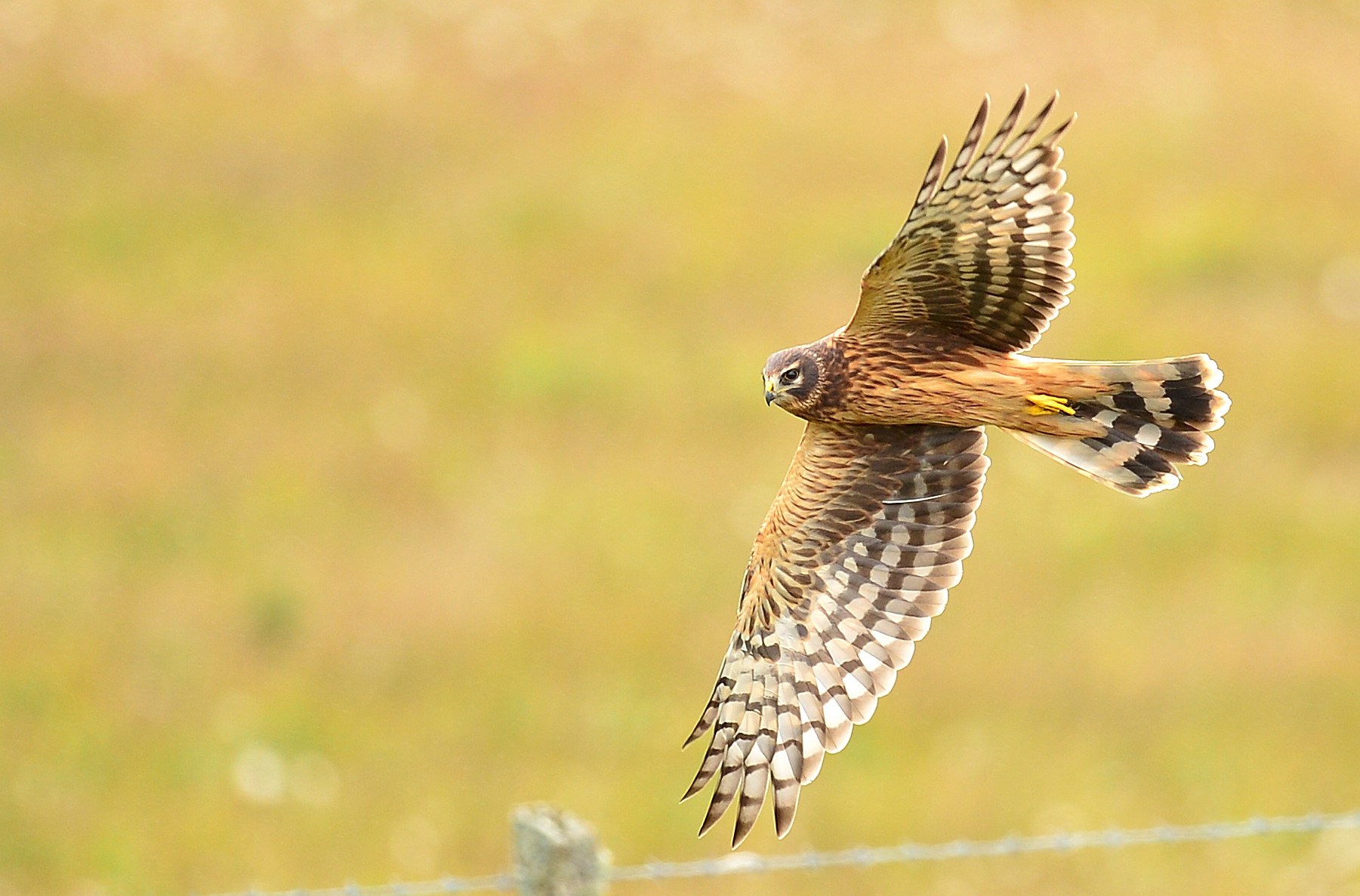 Ian Thomson, RSPB Scotland's Head of Investigations, said: "This latest disappearance of a satellite-tagged bird is deeply concerning, and joins the long list of protected birds of prey that have disappeared suddenly or have been confirmed to have been illegally killed in this area. The transmitters being fitted to these birds are exceedingly reliable, and illegal persecution is therefore the most likely explanation of the disappearance of these birds of prey. The absence of typical breeding raptor species from areas of suitable habitat, or at traditional nesting sites, in large parts of the Monadhliaths is further supporting evidence of a major problem with wildlife crime in this general area.

"This case is all the more depressing as the nest from which Elwood successfully fledged was monitored as part of a partnership project between PAW Scotland and the local landowner. It proves, yet again, that despite there being a good number of enlightened estates who are happy to host and protect nesting birds of prey — as soon as they move away from these areas they are being illegally killed.

"The denials and obfuscation from representatives of the land management sector, and their consistent failure to acknowledge and address this problem, is one of the main reasons why our bird of prey populations are struggling in the central and eastern Highlands. We repeat our call to the Scottish Government to introduce a robust system of licensing of game bird hunting, where the right to shoot is dependent on legal and sustainable management of the land, in line with approaches adopted in most other European countries."