Annual report charts the ups and downs of the UK's birds

The latest State of the UK's Birds report, published yesterday [Monday 9th December 2013], reveals that many of our most familiar countryside birds are undergoing sweeping changes, with some experiencing 'plummeting population declines', compared with the 1990s. It is now known that in some parts of the UK these birds have disappeared completely. A section of the report looks at the UK's 107 most widespread and common breeding birds. Of these species, 16 have declined by more than one third since 1995, including Willow Tit, Starling, Cuckoo, Lapwing, Whinchat and Wood Warbler. Many of these species are reliant on habitats in the so-called 'wider countryside', rather than being maintained on special sites such as nature reserves. Of particular concern is that the numbers of both Grey Partridge and Turtle Dove have halved since 1995. The unique British race of the Yellow Wagtail — a bright 'yellow-headed' version, whose population is found almost entirely in the UK — has declined by 45% over the same period. 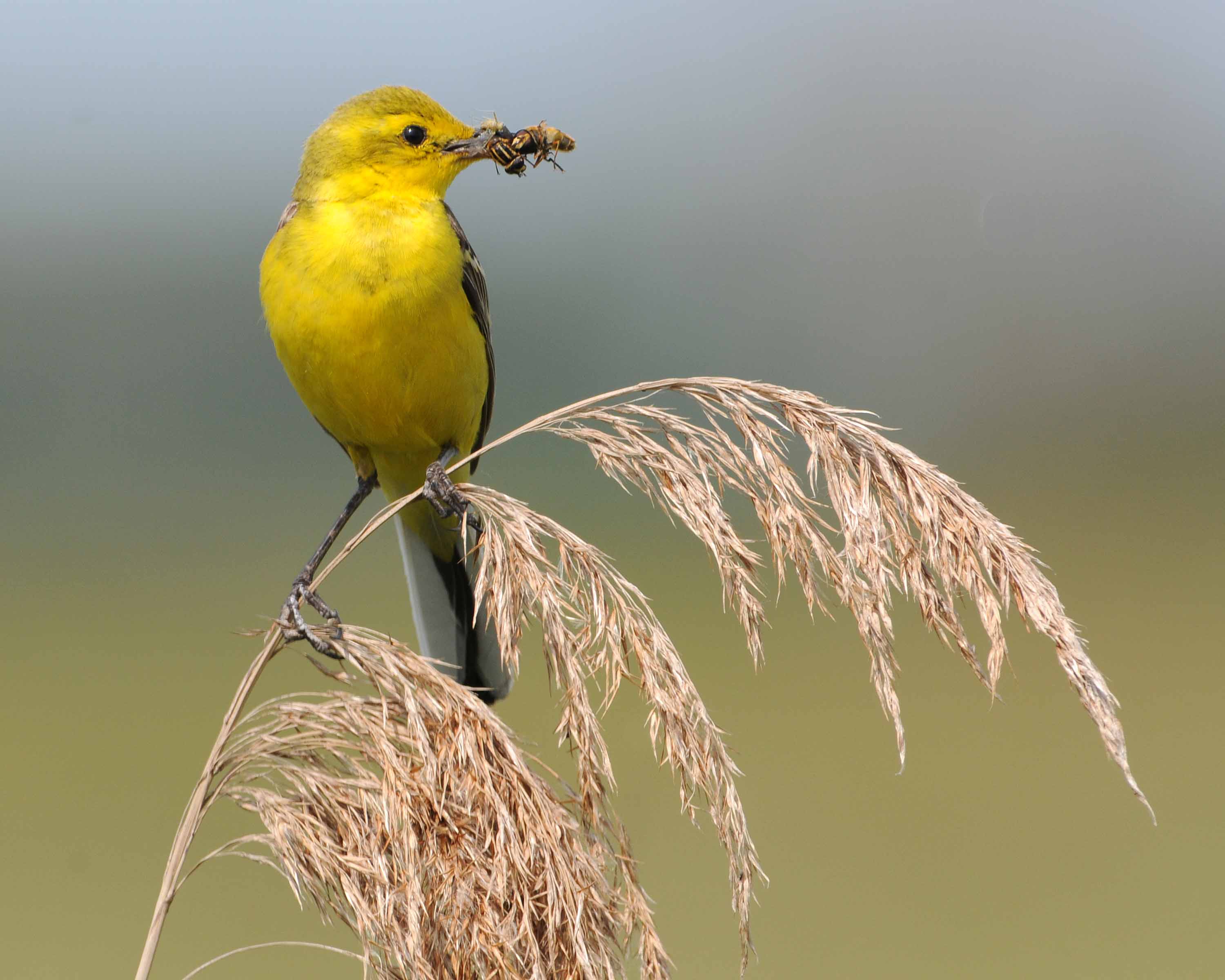 The British subspecies of Yellow Wagtail is a declining summer sight in the British countryside (Photo: Nick Appleton)

This year the alarming decline of some of the UK's most familiar countryside birds has been brought into sharp focus with the launch of the Bird Atlas 2007–11, published by the BTO last month. That mammoth mapping project covered all of the UK's breeding and wintering birds and revealed how many countryside birds are disappearing from the UK. For example, Yellow Wagtails have vanished from large areas of England and virtually disappeared from Wales, while the range of the Turtle Doves has shrunk by 34% just since the previous atlas was undertaken in 1988–91.

Dr Mark Eaton is an RSPB conservation scientist. Commenting on the report, he said: "I think many of us have been shocked by how poorly some of our most familiar species are faring. Many of the birds we're referring to aren't rare and don't occur in remote locations. To the contrary, they are ones you used to see while walking the dog or enjoying a family picnic. But over two decades many of these species have ebbed away from huge swathes of our countryside. In contrast some species, such as the Red Kite, have become conservation success stories as this species has returned to our countryside."

The list of familiar countryside birds which are declining include:

It was not just familiar birds, though, with declines also noted in one of the UK's rarest and most beautiful breeding birds — Dotterel. Scientists found that, in just over a decade, the population of this elusive mountain species has fallen by over 40%, with the estimated number of Dotterels falling from 630 breeding males in 1999 to just 423 breeding males in 2011. This appears to continue a longer-term decline since the first survey in 1987/88, when 981 breeding males were estimated. Almost two thirds of the UK Dotterel population are found in the Cairngorms. 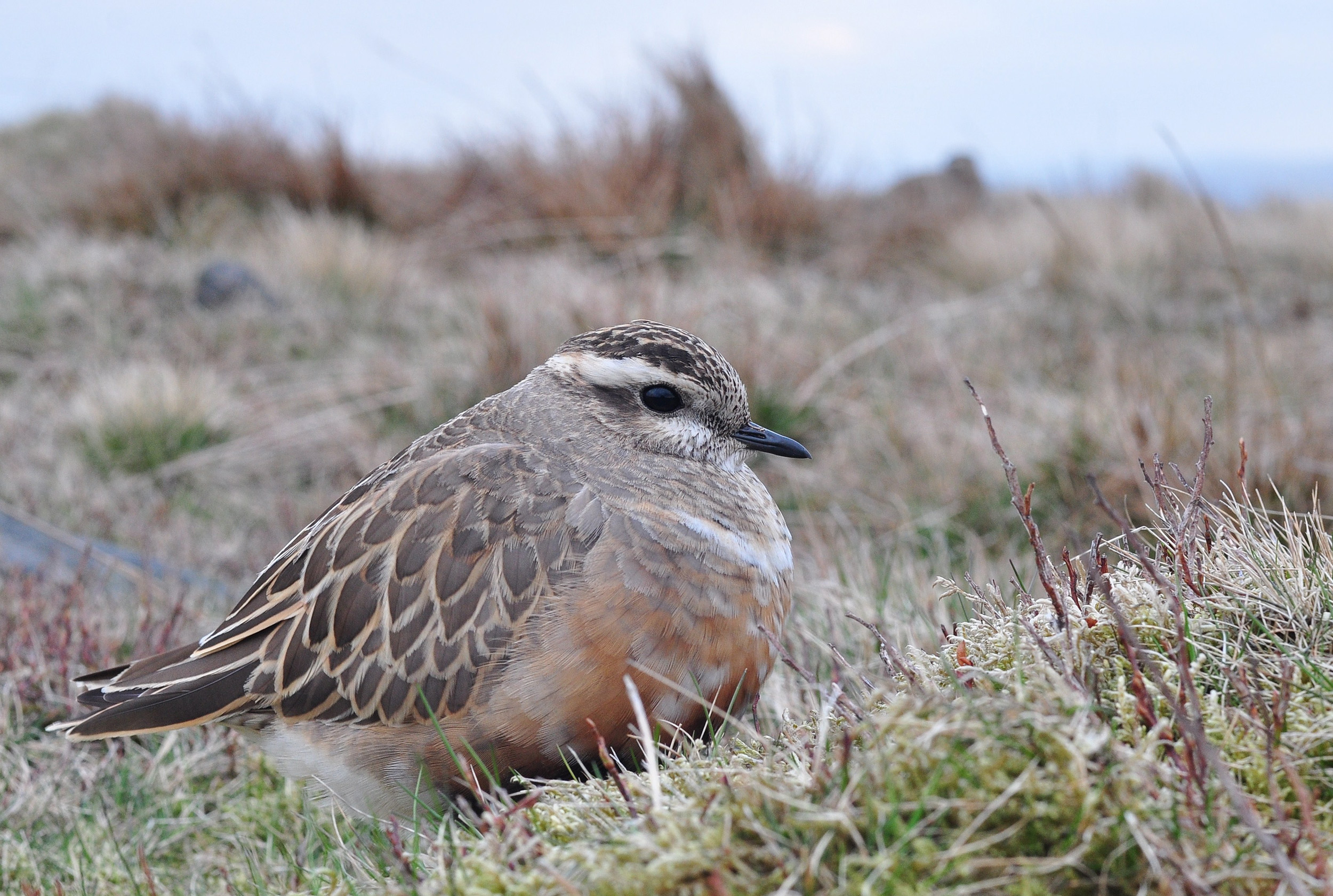 Phil Grice is a senior environmental specialist for Ornithology at Natural England. He said: "While we have made great progress with reversing the declines in many of our rarer bird species, thanks to site management and species recovery work, improving the fortunes of our 'wider countryside' birds requires us to think beyond good management of our special sites, like SSSIs. Through Environmental Stewardship and initiatives like Nature Improvement Areas, we are working in close partnership with farmers and other land managers to make a difference for biodiversity across whole landscapes, allowing people to experience England's characteristic wildlife close to where they live."

Colette Hall is a species monitoring officer with the Wildfowl & Wetlands Trust. She said: "There's worrying evidence here that the breeding ranges of many of our waders are drastically shrinking. We're losing much-loved species like Snipe or Lapwing completely from southern parts of England now. A main cause seems to be loss of habitat due to wetlands being drained for farming or development. We need to protect and restore these habitats in order for species like these — and all wetland wildlife — to survive and prosper."

However, the report is not all bad news. Following its reintroduction into England and Scotland and its ongoing recovery in Wales the Red Kite has increased in number by 676 % since 1995. Among songbirds, the Goldfinch and the Blackcap have also increased their populations since 1995 by 109% and 133% respectively.

Dawn Balmer of the British Trust for Ornithology is the lead author on the recently published bird atlas. She said: "The latest findings from fieldwork carried out by an army of volunteers for the atlas provides a unique opportunity to assess changes in range for all UK species over winter and the during the breeding season. One of the most striking changes is for Avocet, which has expanded its range in the UK more than 17-fold over the last 40 years. Better monitoring of non-native species has also revealed the extent of their spread, such as a 50% increase for Canada Goose since 1988–91."

The State of the UK's Birds report also looks at how birds are faring in the UK's Overseas Territories. Although across these territories globally there are 32 species of bird facing extinction, the report delivers good news for some species, including the Ascension Frigatebird and Murphy's Petrel, as a result of concerted conservation action. David Stroud of JNCC said: "The UK's Overseas Territories contain more species of bird facing extinction than the whole of mainland Europe. Twenty-one of these species occur nowhere else in the world, so the UK has sole and total responsibility for them."