A request for past images of UK Common Cranes

The RSPB is currently working with the UK Crane Working Group, Natural England and the Norfolk Wildlife Trust to study the country's small resident population in the east of England. Since two birds turned up in 1979, numbers have increased to over 50 individuals and around a dozen pairs now breed annually in the country. In addition to these birds, there is a current project to reintroduce Cranes into the Somerset Levels and Moors. 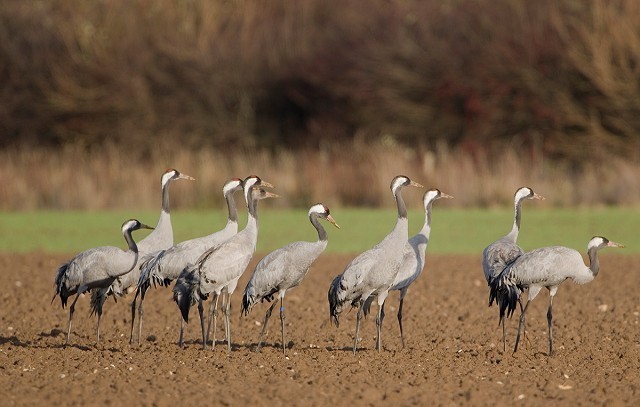 Over the past year, we have gathered photographs of a large proportion of the current population. Studies have shown that some of the adults can be individually identified through variations in their plumage.

Cranes are very sensitive to disturbance, and will often react to the presence of people from 400 metres away; therefore, we ask people not to disturb the birds. However, if, in the past, birders have managed to get photographs, we would be interested in seeing them so we can try to track their movements. Images will only be used for this purpose, and should be of birds on the ground. 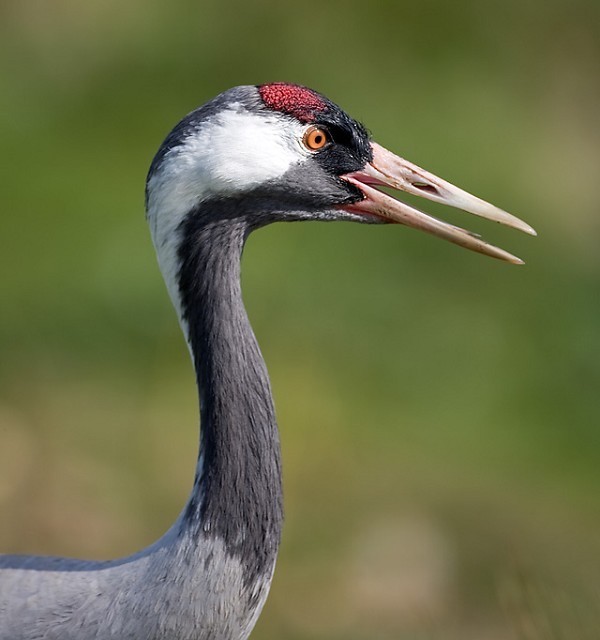 If you have any photographs you are willing to share, please either email them to Crane.images@rspb.org.uk, or post them to Andrew Stanbury, RSPB, The Lodge, Sandy, Bedfordshire, SG19 2DL, along with the date, location and preferably the grid reference where they were taken.