A new home for Raso Lark

In a bid to preserve its threatened population, the Critically Endangered Raso Lark has been reintroduced to an island from which it has been missing for centuries.

Raso Lark's range has been restricted to the small islet of Raso, Cape Verde, since humans arrived in the archipelago in the 15th century. Raso is largely a rock desert, with some sandy parts in the west, and the larks generally favour small vegetated areas along dry stream beds on level plains with volcanic soil. The tiny size of the island, plus its susceptibility to periods of drought, places Raso Lark in a precarious position. The species' population fluctuates greatly in response to climatic conditions; during wetter weather, when vegetation grows and food becomes plentiful, it can rapidly increase, with numbers in the low thousands, but drier periods have reduced its population to just a few hundred mature individuals in the space of a few years. 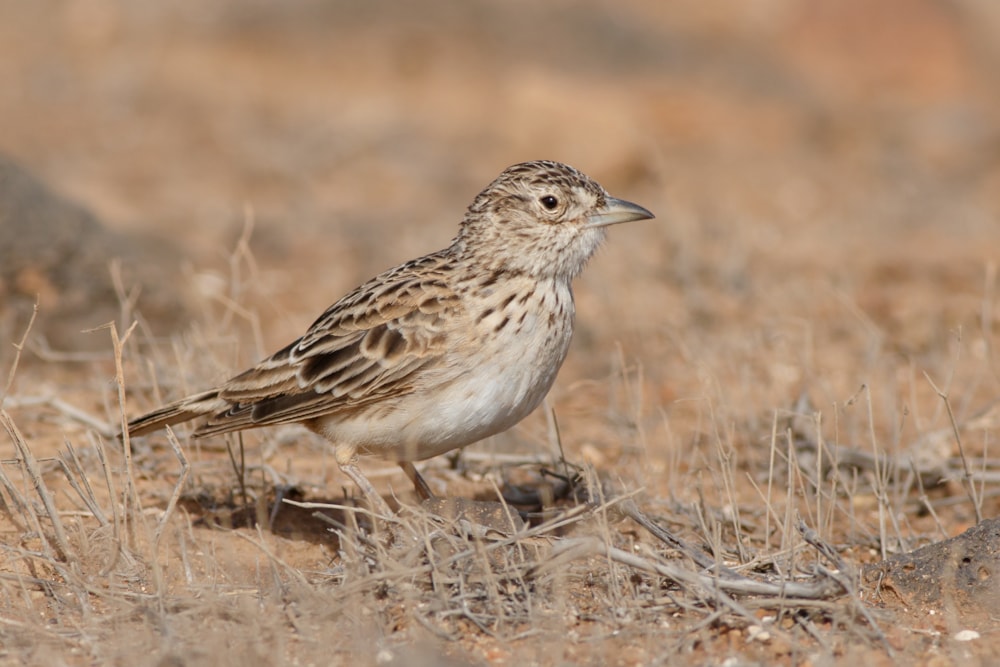 Prior to human colonisation, Raso Lark was believed to be more widespread, frequenting both Branco and São Vicente Islands. Evidence from subfossil bone deposits reveal that it once also existed on the islands of Santa Luzia, São Vicente and Santo Antão. There are also one or two recent records of vagrants from São Nicolau, including one at Ponta do Barril in March 2009.

With this in mind, a new project, Cape Verde conservation charity Biosfera 1, in association with the Portuguese Society for the Study of Birds (SPEA) and other organisations, has launched an ambitious reintroduction programme on Santa Luzia.

Since 15 April, a total of 37 Raso Larks were translocated from Raso to Santa Luiza, where they have been successfully released. Each individual lark has been fitted with a small radio tag so that it can be tracked, allowing researchers to establish which area of the island they favour and whether the birds stick together and behave naturally.