A petition backed by almost 22,000 pledges from the Scottish public will be handed to the Scottish Parliament today, demanding tougher action to tackle the illegal killing of birds of prey. RSPB Scotland Director Stuart Housden will present the document, which is in his name and represents over 86,000 RSPB members in Scotland and 21,962 individual pledges, to the Convener of the Public Petitions Committee, Frank McAveety, at a special gathering outside the Scottish Parliament. At the same time, supporters will form a giant mosaic of a Peregrine Falcon, the world's fastest bird, to show their backing for the campaign. 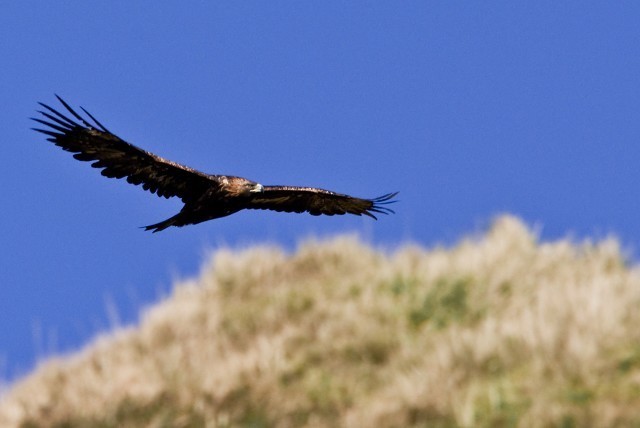 Mr Housden said: "Since June 2008 RSPB Scotland has been collecting pledges from the thousands of people horrified by the unnecessary deaths of iconic birds such as the Golden Eagle, Red Kite and Hen Harrier. The huge response we have had just shows that many, many people in Scotland, like us, are rightly appalled that birds of prey continue to be illegally killed in our countryside."

Bird of prey numbers are slowly recovering after illegal killing saw them pushed to the brink of local extinction; this has been greatly helped by the efforts of many conservationists, landowners and gamekeepers. Yet despite this strong support figures suggest that in the past decade, before 2009, 300 protected birds of prey have been illegally poisoned, while over 100 others were confirmed victims of illegal shooting, trapping or nest destruction.

Mr Housden added: "This petition urges MSPs to do more to end the illegal killing of birds of prey by implementing the recommendations made in the recent Thematic Review of Wildlife Crime. It also calls for these crimes to be given greater priority, and for more resources for the police and Procurator Fiscals. The economic benefits these species bring to Scotland must also be given wider recognition. Birds such as the magnificent White-tailed Eagle have already been wiped out in Scotland once before. Concerted efforts to bring theses back are making a difference but we must ensure these reintroduction projects are not in vain and that all birds of prey are free from the threat of these crimes."