007 technology gives a view to a thrill

James Bond has got nothing on a set of secret missions being carried out by the RSPB to fit cameras overlooking a variety of bird nests this month. 'Nest-cams' are being trained on Goshawk, Hen Harrier, Peregrine Falcon and Osprey nests to name just a few, so that millions of people can watch them when the breeding season gets underway in a few weeks time. 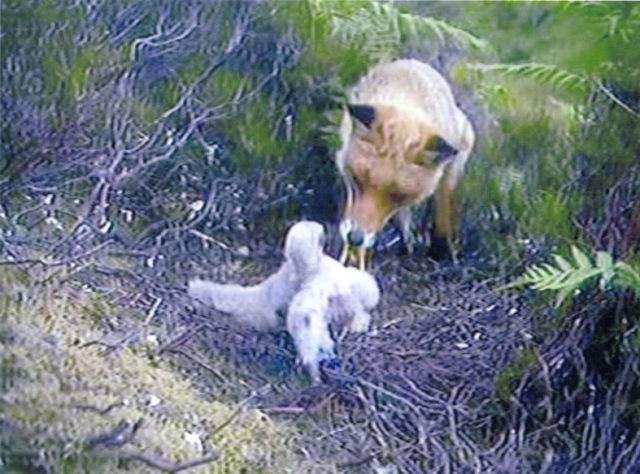 The cameras catch a Hen Harrier chick getting in a sticky situation with a fox (Photo: RSPB)

Many nesting sites are top secret, as some of the birds being filmed are still under threat from persecution and egg collecting. Experts have been going undercover to fit the cameras, without disturbing the birds or giving away their location. But people will be able to enjoy incredibly intimate views of the birds as their antics are fed back to visitor attractions around the UK and on the internet. The cameras will capture birds building their nests, incubating their eggs, returning to the nest with prey and feeding their young, before the chicks fledge and leave the nest.

Some of the birds being filmed are incredibly elusive and this offers a rare chance for people to see them. Species like White-tailed Eagle and Osprey were once extinct in the UK and have prospered thanks to conservation programmes. Others, such as the Hen Harrier, remain at risk —  just ten pairs nested successfully in England last year. Other birds being filmed include Chough, Black Grouse, Red Kite, Kittiwake and Grey Heron. 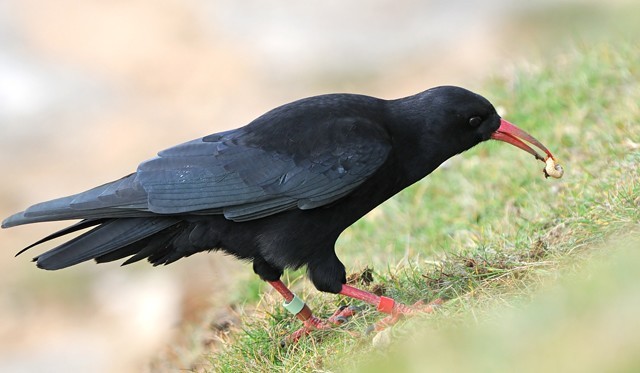 The camera installations are in preparation for the start of the RSPB's 'Date With Nature' scheme, which allows people to enjoy incredible wildlife experiences in some unexpected places. Staff and volunteers will be on hand to show visitors birds and other wildlife at locations across the UK, from Peregrine Falcons in city centres and seabird cruises along the coast, to Ospreys nesting and garden birds in urban parks. The scheme gives people the opportunity to get up close and personal with all sorts of wildlife and enjoy spectacular views of creatures they may never see otherwise. Some Dates With Nature let visitors watch via webcam footage while others introduce people to wildlife in the flesh, feather and fur.

Richard Bashford, Date With Nature Project Manager, says: "Covert operations might be everyday work for spies and undercover investigators but the RSPB fitting secret cameras is slightly more unusual. It's vital that nesting birds aren't disturbed once they have chosen their site so we are making sure we get them installed early so the cameras are up and running before they start laying their eggs. The cameras will bring breathtaking wildlife spectacles to thousands of people who may never get another opportunity to see birds like Goshawk, Hen Harrier or White-tailed Eagles this close. Dates With Nature will offer views of some of the most incredible creatures on the planet that will stay in the memory forever." 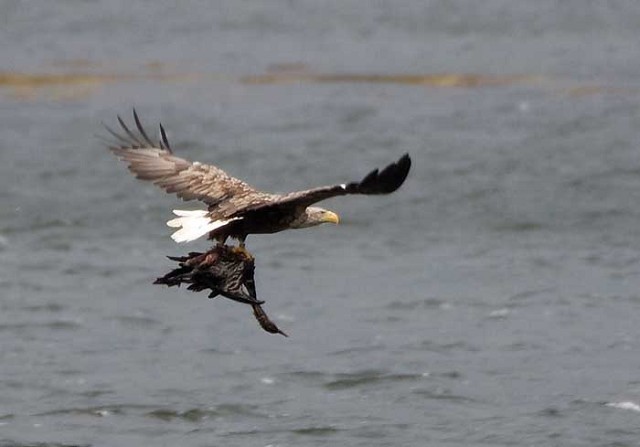 Dan Parkinson, Date With Nature Officer in the New Forest, says: "People are always amazed to see what's happening in these nests. It might be because we're naturally nosy, but I think it's really because we see the birds' personalities and relationships develop. I love seeing what's going on in the nests, and watching people's reactions. It's brilliant!"

There are over 50 Dates With Nature around the UK. To find out more visit: www.rspb.org.uk/datewithnature.
Written by: RSPB
Login to leave a comment
Return to List