Field ornithologists at a bird-ringing station in Belarus have caught the oldest-known Terek Sandpiper.

Ringers trapped the bird at the Turau Meadow, Belarus on 13 May 2016. While this is cause for excitement in itself (the species is rare in Belarus, and there's even a sculpture of it in the neighbouring town of Turov), what really caused researchers and birders to take notice was the ring on the bird's leg: it showed that the bird was 17 years old, the oldest of its kind in the world, with 125,000 miles of flight under its belt.

Ornithologists from the Academy of Sciences of Belarus discovered that this Terek Sandpiper was banded as a chick in a meadow near the village of Zapesochye on 21 June 1999, the year the Turau meadow ringing station was founded. Since then, 'meetings' have occurred between the bird and ornithologists during controlling (aka re-catching) in 2005, 2011 and now in 2016.

Before this discovery, the known maximum age of a tagged Terek Sandpiper was 16 years (that bird was found in Finland). The Important Bird and Biodiversity Area (IBA) of Turau Meadow seems to be a favourite spot for the older examples of the species: recently, two other Terek Sandpipers — 14 and 15 year-old birds — were caught there, said Pavel Pinchuk, director of the Belarusian birds ringing centre. 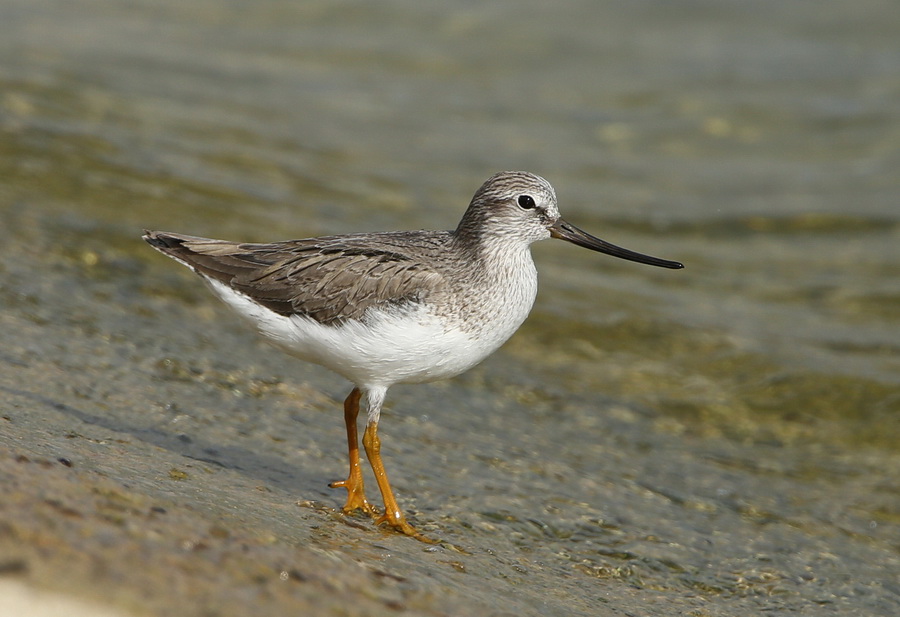 The 17 year-old Terek Sandpiper shows the ongoing need for birds to be ringed to discover more about them and their migration patterns, despite advances in tagging technology. In recent years, there have been more and more opinions that ringing as a way of studying birds is becoming outdated and is no longer effective enough. However, any transmitter fixed to birds and sending signals will never stay 'live' as long as a simple metal ring — the lifespan of a transmitter is usually only a few years and it can fall prey to technical issues. Finding a bird with a 17-year-old band still attached to it shows that this method's robustness cannot be underestimated.

The fact that this old Terek Sandpiper came back to the same spot more than once for the last 17 years also shows that it is vital for birds to have safe stop-over sites to which they can return. The Turau Meadow IBA is home to thousands of waders and other wetland birds.

APB (Birdlife in Belarus) is working hard to ensure it stays that way: a management plan has been developed for this territory and volunteers clear the flood plain of the river Pripyat of bushes every summer. The Waders Festival also takes place on 1 May every year, and it raises awareness among locals and city visitors about the importance of preserving this unique avian habitat.