Most people visit Extremadura for the birdlife in May when all the migrants have arrived and there is the greatest chance of going home with a very large tick list, but winter birding here has a tremendous amount to offer. 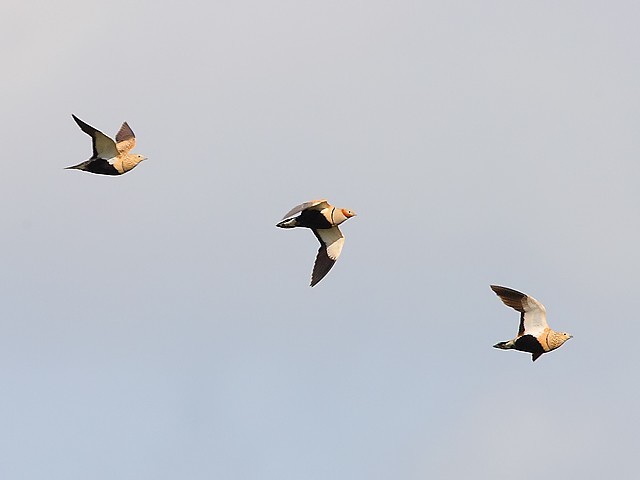 The resident birds are much easier to see in winter and early spring, and there is the marvellous spectacle of about 70,000 cranes in flocks of 10,000 coming into roost, backlit by the evening sunset at about 6.30 every evening at places like Dehesa de Moheda Alta, where there is a purpose-built visitor centre and hides. Bluethroats are much easier to find, and the resplendent males are often out foraging in the water channels giving superb close views. Last Christmas Day I was watching eight different individuals picking insects from the soft mud, with a Little Bittern sunning itself on a log just downstream. Eagle Owls have mated by late December and the female is incubating by January, calling for the male at dusk to bring her food, a magnificent sight and one of my favourite birding sights and sounds. The Great Bustards congregate in their winter quarters and the males are exercising their wings ready for the display battle for the females; and the Little Bustards are in huge flocks of 500 or more, still sometimes difficult to spot but a wonderful sight when spooked by a raptor and they all take to the sky. 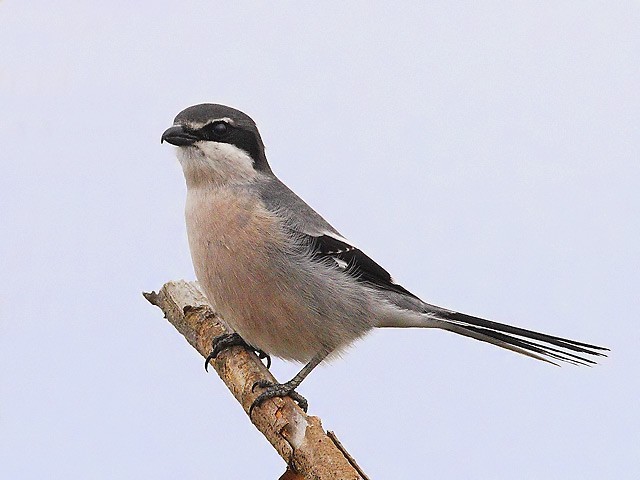 The shorter grass of winter makes it much easier to spot both Black-bellied and [Pin-tailed Sandgrouse], with Stone Curlew, Calandra and Thekla Larks, Corn Bunting, Southern Grey Shrike, Little Owls, Hoopoe, Spotless Starling, Spanish Sparrow, Woodlark and White Wagtails, with Great-spotted Cuckoos returning in mid-January. Dartford Warblers are common in the scrub; indeed, almost anything could be found as individuals of some species choose not to migrate south in winter. 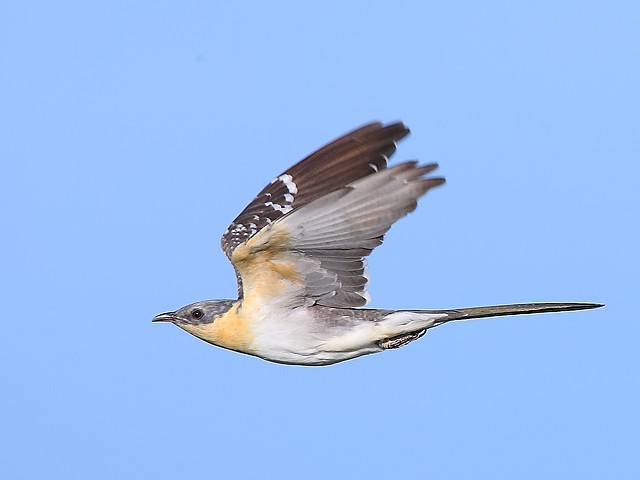 Further south, the wet rice fields are full of overwintering waders, such as Golden, Grey and Little Ringed Plovers, Common, Green and Curlew Sandpipers, Temminck's and Little Stints, Black-winged Stilts, Greenshank and Redshank, Snipe, Dunlin, godwits, Iberian Yellow Wagtail, Water Pipits and overwintering Lapwings, constantly being startled by marauding Marsh and Hen Harriers. Penduline Tits are easier to find in winter, usually heard well before being seen. Avadavat are in their breeding colours in November, with the males being particularly stunning, and the Waxbills are as pretty as ever, carrying out mutual preening side by side on the willows.

On the higher ground Alpine Accentors overwinter along with an occasional Wallcreeper in the more secluded crags. Chough, Black Redstart, Raven, Rock Sparrow, Blue Rock Thrush, Rock Bunting and Black Wheatear are all easy to find along with the resident Crag Martins wheeling around constantly. 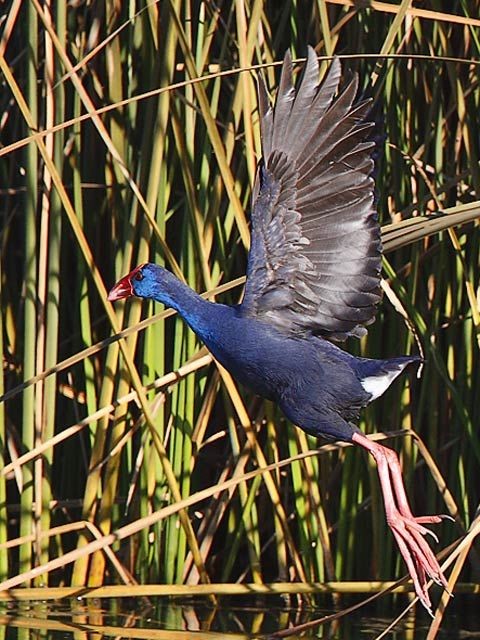 The lakes will hold Purple Gallinule, Little, Great Crested and Black-necked Grebes, and what looks to be the whole European population of Shovelers, an amazing sight on its own, with Cattle, Little and a few Great White Egrets. Pochard, Wigeon, Pintail and Mallard form huge rafts on the larger lakes. Cetti's Warblers and Water Rails come out to forage giving views rarely seen in the UK. 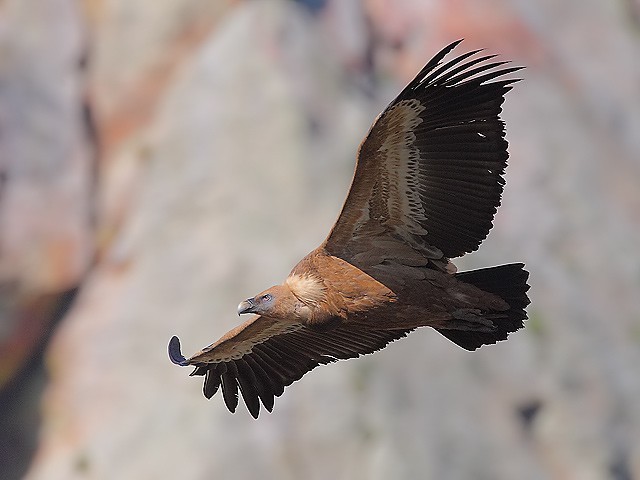 As for raptors, Extremadura is famed worldwide for these magnificent creatures. Winter sees the Black Kite being replaced by the Red, and by January the Imperial Eagles are displaying over their nest sites, an awesome sight. Although the Short-toed and Booted Eagles will not return from Africa until early March, there is still plenty of variety, with Golden Eagles starting to nest and Griffon and Black Vultures seeming to fill the sky over a carcass, Bonelli's Eagles soaring in bonding pairs, and Buzzards arriving by the thousand from the rest of Europe. Other residents include Goshawk, Sparrowhawk, Peregrine and of course the one everyone wants to see, the Black-shouldered Kite, which again is much easier to see in winter due to lack of foliage on some perching trees, and a tendency to form large winter groups. This is a truly delicate little bird, but full of aggression, seeing off any intruders into its territory, swooping down on them with great speed.

Woodland will produce Hawfinches, Cirl Buntings, Blackcaps, Sardinian Warblers, Serins, Siskins, Lesser Spotted Woodpeckers, Crested Tits, Iberian Long-tailed Tits, Short-toed Treecreepers, Azure-winged Magpies and lots of Firecrests. These birds will all sing as they are staking out territories for the forthcoming nesting season, with any presence of water being a gathering place for bathing and drinking. 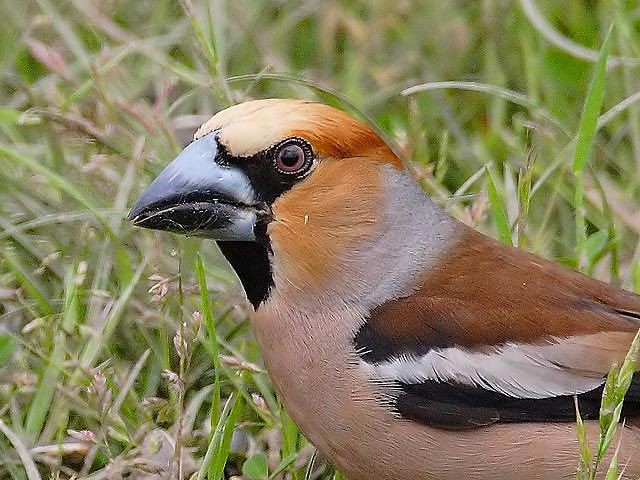 For the photographer, winter offers better opportunities, and sharper pictures, due to the lack of heat haze, a major problem once the temperature hits the 30s, but still with magnificent light and cloudless skies. I have not included all the birds you will see here, as I didn't want it to turn into just a list, but hopefully I have included all the sought-after ones.

Travel to Extremadura is very easy. Most major airports fly to Madrid, but an easier alternative is Seville: it is the same distance but far simpler to find and with much less traffic to negotiate (not that Spain has much traffic, except in the major cities: once outside the city limits you will have the road to yourselves). If booked more than a month in advance, flights can be had for just the cost of the airport tax, about €30 return; it pays to have a good look around, with EasyJet and Ryanair flying to Madrid and Seville. The advantage of Seville is that you could always have a few days in Coto Doñana too. A Hostel (a Spanish 2-star hotel) will set you back about €40 for a twin room. Don't be put off by the name Hostel; the Spanish all use them all the time and, believe me, if they weren't any good they wouldn't be open. They are very clean and well kept, usually with an adjoining bar for drinks and food.

So a long weekend's birding, in UK summer type weather, need not cost the earth: around €200 for two people, which is probably cheaper than Norfolk but with the added bonus of a suntan, and a tick list easily exceeding 120, a great start to a New Year.

For information as to sites for birding, you could do no better than Dave Gosney's Finding birds in Northern Spain available from BirdGuides, or John Muddeman's Birdwatching Guide to Extremadura. Although both have somewhat outdated maps due to massive road-building with EU funding, the locations still hold true, and are very impressive with their accuracy. An alternative would be to contact me by email; I am always willing to help visiting birders to Extremadura, and have lots of winter sites not covered by these publications.