Why I'm sure the Blakeney flycatcher was an Alder

With the identification of the Norfolk Empidonax flycatcher still being the subject of some discussion, I decided to look into the possibility of identifying the bird by carefully studying its biometrics using photographs. The majority of observers believe the bird to be a "Traill's Flycatcher" (Alder or Willow) rather than a Least or Yellow-bellied Flycatcher, which are both ruled out on plumage characters. With this fact in mind I make no reference either to Least or Yellow-bellied Flycatcher in this article and concentrate solely on attempting to assign the Blakeney bird to either Alder or Willow Flycatcher.

The separation of these two is notoriously difficult, and as a result autumn migrants are almost invariably labelled as Traill's Flycatcher by the majority of observers on the other side of the pond. Besides the song and call, in-hand identification is possible; however, this requires wing and bill measurements, and Pyle (1997) suggests that around 30% of trapped birds should still be left unidentified. Once in-hand measurements have been taken, these can be input into Pyle's model, which consists of a formula based on measurements that describe the wing shape. The product of this formula plotted against bill length identifies up to 70% of individuals. The model is based on the fact that Alders differ from Willows in having, on average, slightly longer and more pointed wings and smaller bills.

I had seen the recent article about the Nanjizal Alder Flycatcher on BirdGuides but didn't give it too much thought, until it crossed my mind that it might be possible to do the same with the biometrics of the Blakeney bird using arbitrary measurements. The majority of Traill's Flycatchers cannot be identified by any one measurement alone, because there is a large overlap in size between the species. However, based on how Pyle's model works, one thing that might identify a Traill's, or the Blakeney flycatcher, is the ratio between the different measurements.

If the absolute measurements of the Blakeney flycatcher might not be necessary for the model, and given the excellent photographs showing up on the internet, I began trawling through suitable side-on images from which the important ratios could be calculated. The two photographs which appeared best for taking measurements were one by Jon Evans and another by Mike Lawrence. 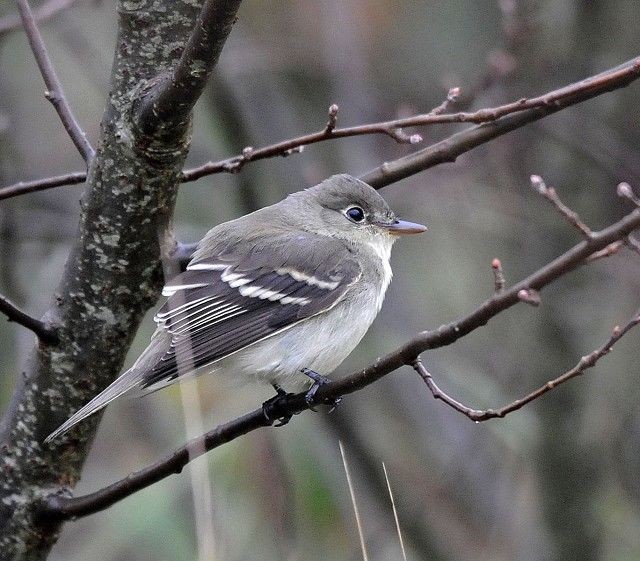 Photo 1 of the Blakeney Point Empidonax sp. from which scaled wing and bill measurements were obtained (Jon Evans). 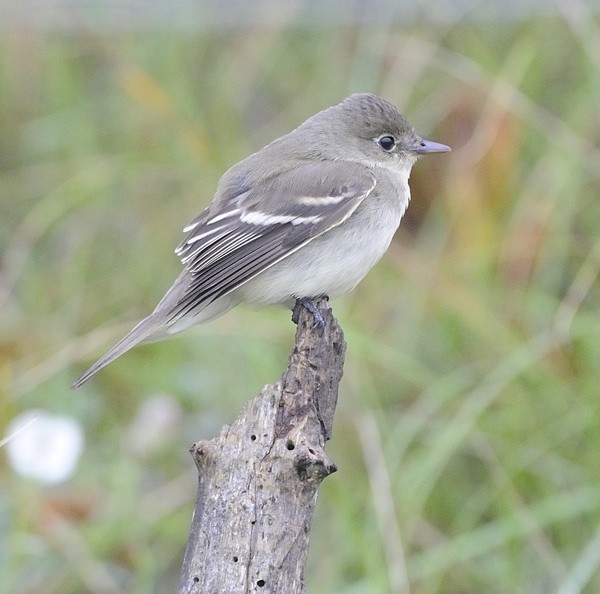 Photo 2 of the Blakeney Point Empidonax sp. from which scaled wing measurements were obtained (Mike Lawrence).

Because actual measurements cannot be taken without a scale to any of the photographs, my solution to the problem was firstly to give an arbitrary measurement to the bird and assumed that the relationship used in the model is linear, which means that the ratio should remain constant whether the flycatcher is a small, medium or large individual.

Neither of the photographs clearly showed all details required to extract the ratios required for input into the model. In Photo 1 all of the primary tips are clearly visible and the bill is shown in profile, but the carpal joint — the measuring point for a bird's wing-length — is slightly obscured beneath the breast feathers. Photo 2 clearly shows the wing in its entirety, but the bill is partly obscured and the tips of some primaries are indistinct. Because neither of the photos clearly shows all of the dimensions required for the model, my solution was to scale each of the two photographs by matching the direct distance between the tip of P9 and the tip of the bird's alula. The photograph was then scaled to show a 2× magnification of a large Traill's Flycatcher, with the wing equal to 74mm (148mm on paper). The wing-length ranges from 66–77mm for Alder and 63–74mm for eastern Willow (Pyle 1997). 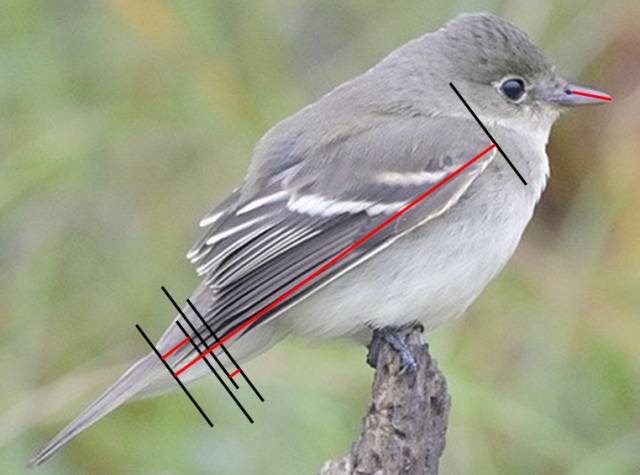 An example of the measurements taken from the photographs. While the wing-length is an unflattened, unstraightened chord, the difference beween the primaries is measured directly across the wing. The bill length is also the chord from bill-tip to nares (nostril).

Using this arbitrary scale, Photo 1 was used to produce a scaled A3 print from which measurements could be taken, with each millimetre of scale represented by 2mm on the printout. At this point I must thank Mark Grantham for his guidance on taking, and for his patience in checking, the measurements.

For input into the model, the scaled photographs could be used to measure the difference in length between the primaries needed to calculate Pyle's formula (I), which is as follows:

These measurements could then be scaled down to those for a medium (wing-length 70mm) and small (wing-length 66mm) bird:

Table 1. Length of the primaries of the Blakeney Flycatcher to three different scales within the range of Traill's flycatcher taken from scaled photographs. Primaries are counted from the inside with P10 being the outermost non-vestigial primary.

The bill measurement and I value were then plotted in Pyle's scatter diagram and are shown in Figure 1. The values show that for the three assumed wing-lengths, the Blakeney flycatcher falls well within the Alder Flycatcher side of the scatter graph. Additionally, they also fall outside of the region containing the 30% of birds that are not safe to assign to either species. That said, the relationship shown in the scatter graph at first sight might indicate that a bird larger than the scales used would be close to the area of the graph regarded by Pyle as best left unidentified. However, the upper range of wing-length for Willow Flycatcher is only 74mm (Pyle 1997), which is no larger than the largest assumed length that was modelled and shown in Figure 1. On this basis, the Blakeney flycatcher appears to be an Alder Flycatcher. 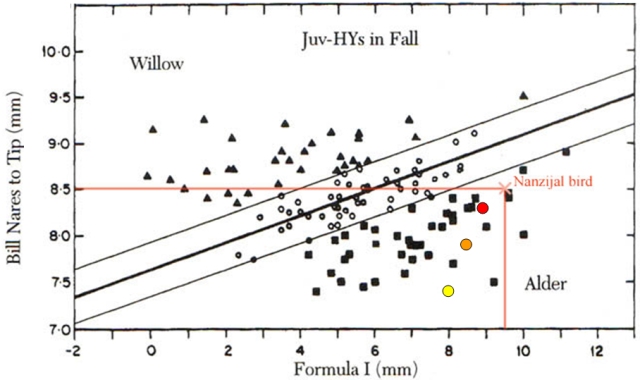 Figure 1. Pyle's scatter plot showing the result derived from measurements of the Blakeney Flycatcher at three scales (wing-length of 66mm in yellow, 70mm in orange and 74mm in red). Reproduced with permission from Pyle (1997).

There have been a number of assumptions in this exercise and therefore there are bound to be questions to be considered and I am happy to receive constructive criticism. One obvious criticism that might be levelled is that because the bill is on a plane slightly behind the wing it might seem smaller in relation to the wing. This point has been given some consideration and at a separation distance of approximately 15mm (roughly the distance between the wing and the bill) the effect is likely to make only negligible difference to measurements. I have trialled this using transparent rulers and believe the error is roughly one eighth of a millimetre for every 10mm. Therefore I believe the bill measurements can be no more than about one tenth of a millimetre out, and this error would not have a significant effect on the result.

To summarise, I can see no other conclusion other than that the ratios of the wing formula and bill length derived from photographs indicate that the Blakeney flycatcher is in fact an Alder Flycatcher.