What is a Black-eared Kite? 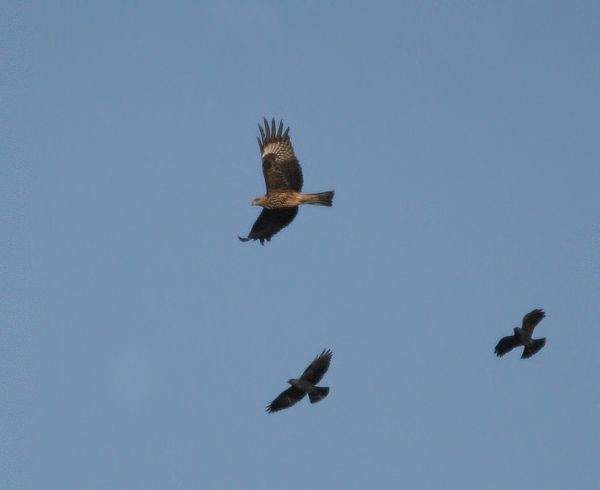 Another surprise surfaced through close scrutiny of published photographs this week -what was life like before digital cameras and the Internet? The Lincolnshire Black Kite, present since 2nd November, was reidentified as belonging to the eastern form of Black Kite, lineatus, known as Black-eared Kite. Black-eared Kite has been accorded species rank by some authors, notably Sibley and Monroe (1990) in Distribution and Taxonomy of Birds of the World, though others suggest that it is not sufficiently distinct to justify specific status. Whatever the taxonomic status, this is apparently the first time that this form/species has been recorded in Britain! This week it has been present at Holbeach Marsh from the 11th onwards. Black-eared Kite breeds over a wide area from western Siberia to China and Japan. Birds from the western part of the population are migratory and winter in southern Asia as far west as Iran and Iraq, though the true winter range of lineatus is presently unknown.

Regarding identification, an essential reference for Black-eared Kite was published in Birding World 16: 156-160. In this the author Dick Forsman comments that juveniles, as in the case of the Lincolnshire bird, are often difficult to tell apart with certainty from 'Western' Black Kite, with separation reliant upon a combination of characters. However, the following features have led to the identification of this particular bird as Black-eared:

There is presumably much more to learn about Black Kites of various forms, but based on current knowledge it would appear that this bird meets the criteria for Black-eared. No doubt many will travel to see the bird for the education (and insurance, just in case the taxonomists change their mind). The next debate could well be origin... 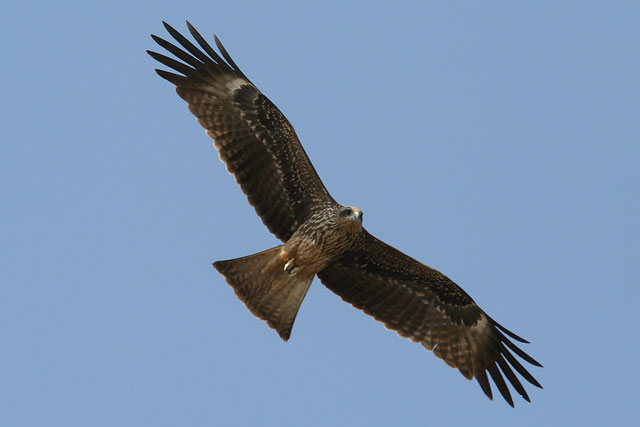