What a difference a year makes!

Birds attempting to breed during the spring of 2013 were faced with freezing conditions as March temperatures plummeted way below the national average. The situation in 2014 couldn't be more different and the birds' responses, as monitored by British Trust for Ornithology (BTO) Nest Box Challenge volunteers, reflect this.

The BTO is calling on householders across the UK to help them track the progress of nesting birds in gardens during 2014 by getting involved in this year's Nest Box Challenge. Gardens provide both food and nest sites for birds, and an increasing number of species are choosing to raise their offspring in our backyards. Recent analyses of BTO data suggest that over a third of UK Blackbirds now nest around human habitation, favouring thick hedges and shrubs, while over a fifth of the nation's Blue Tits breed in our villages, towns and cities. 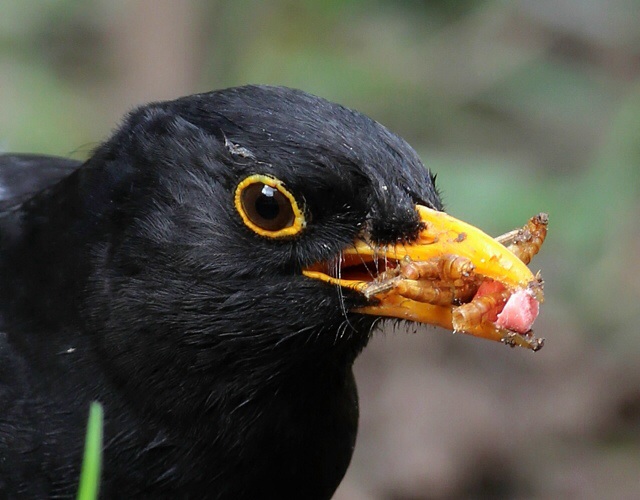 Temperatures during the spring of 2013 fell to levels not witnessed since the early 1960s and birds responded by delaying breeding for several weeks. "Blue and Great Tits effectively turned the clock back 50 years in 2013, producing their eggs a fortnight later than they have over the last decade," explains Senior Research Ecologist Dave Leech. "The number of chicks raised fell slightly as females struggled to produce eggs in cold conditions."

Birds nesting in 2014 face very different conditions. Hazel Evans, Nest Box Challenge organiser, noted: "People will remember the winter of 2013/14 as the wettest in the UK since 1910, but it has also been one of the warmest, with temperatures since November well above the average. Research using BTO data collected over the past 50 years has shown that birds breed earlier in warmer years and feedback suggests that this is exactly what our volunteers are observing in 2014. We've already had reports of species such as Long-eared Owl, Stock Dove, Starling and Great Tit laying much earlier than in a typical year."

Hazel Evans continued: "Nest Box Challenge participants can help us monitor birds' responses to the warm spring by collecting very simple information about the number of eggs and chicks in any nests that they find in their gardens and inputting it on the BTO website. If you have a nest box in your garden, have a look inside as soon as possible to see if there is any sign of nesting, taking care to follow the BTO Code of Conduct."

Originally NBC focused on birds breeding in nest boxes but it has since been expanded to incorporate open-nesting species such as Blackbirds and Chaffinches, so now even the Collared Dove nesting on your satellite dish can be recorded! Nest Box Challenge provides the perfect opportunity for you to learn more about nesting birds and make your own contribution to science in the process.

Find more about the Nest Box Challenge on the BTO website.