Newly published research has confirmed that Richard's Pipit is now routinely migrating to and wintering in Europe from its Asian breeding grounds.

Richard's Pipit breeds widely across Central and East Asia, wintering in South-East Asia. Traditionally considered a vagrant to Europe, the number of Richard's Pipits being observed in Europe in autumn and winter has increased markedly over the past few decades, leading to speculation that the species had become an established part of European avifauna.

The study, produced by ornithologists at the French National Centre for Scientific Research (CNRS), trapped a total of 81 individual Richard's Pipits in southern France and north-eastern Spain. Of these, roughly a third (28 individuals) were adults – a proportion similar to that observed in regular wintering species in southern Europe, such as European Robin. 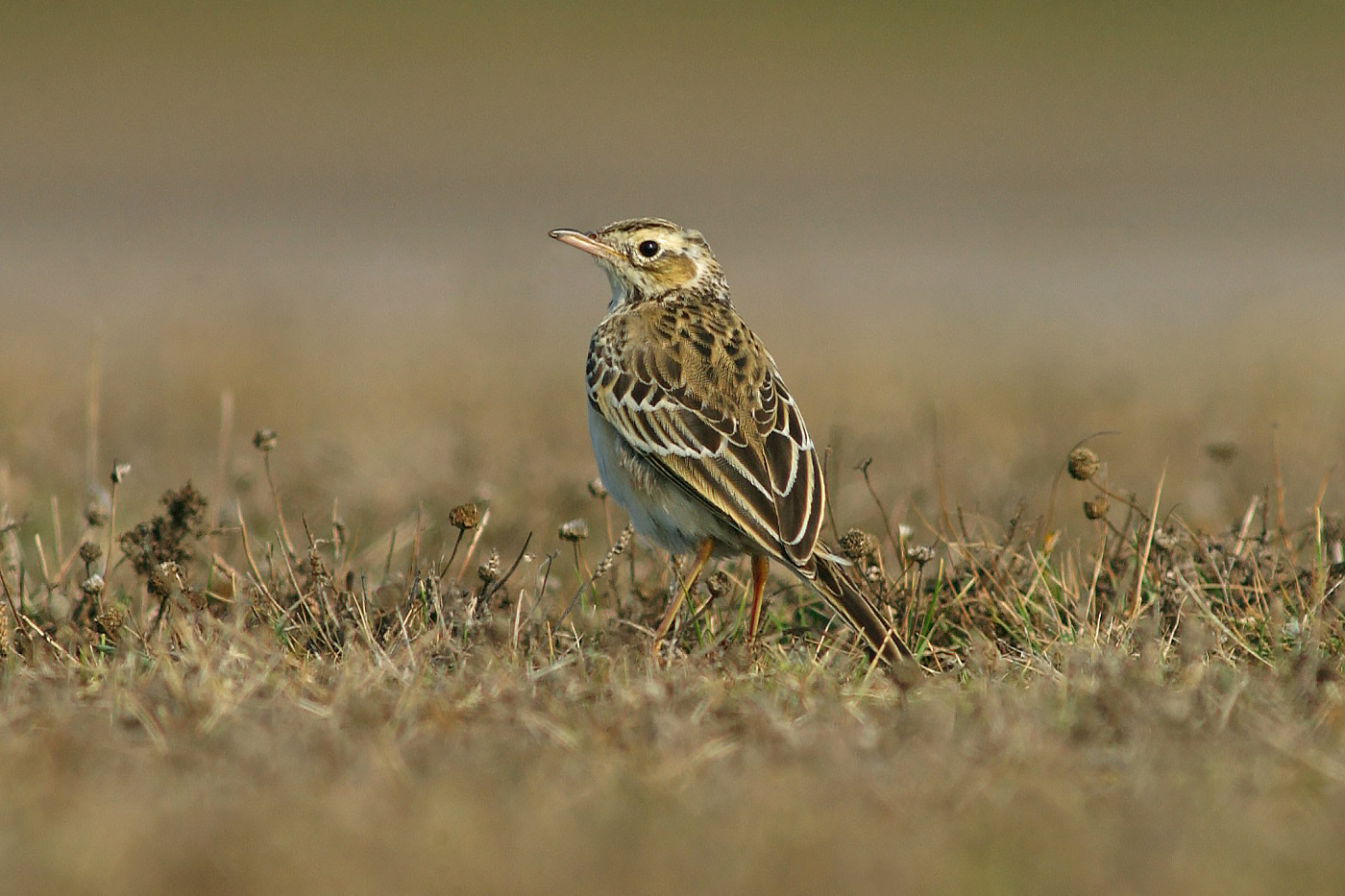 Although it has been strongly suspected for some years now, the new study's findings confirm once and for all that Richard's Pipit is now routinely wintering in Europe, rather than occurring as a vagrant (Steve Young).

A total of 68 individuals were colour-ringed during the first two seasons, with 11 of these re-sighted or re-trapped in subsequent winters, which provided further empirical support to the migration hypothesis.

In order to fully understand the annual movements of Richard's Pipits wintering in southern France, the team applied geolocators to seven pipits in winter 2019-20, with three of these re-trapped the following winter. The data revealed that all three birds had spent the summer at the western edge of the known breeding range, in Novosibirsk Oblast in Russia, with at least one bird engaging in breeding behaviour.

During spring migration, each of the three individuals used different stopover locations for more than 24 hours. One of these, a second-year, initially headed north and stopped in Sweden before redirecting eastward. The three individuals covered 5,750 km, 7,045 km and 7,320 km respectively on their spring migrations between southern France and Siberia, taking them over several countries where Richard's Pipit is rarely observed.

Further evidence of a newly developed migration route was provided by an extensive examination of photographs of 331 Richard's Pipits taken in Europe. The analysis showed that adult-type birds were comparatively rare (10% in autumn, 15% in winter) in northern Europe, yet in south-west Europe and North Africa, adult-type pipits were much more common (48.5% in autumn, 59% in winter). Such a high proportion of adult-type birds demonstrates the regular occurrence of adult birds, likely to regular migrants and wintering individuals. 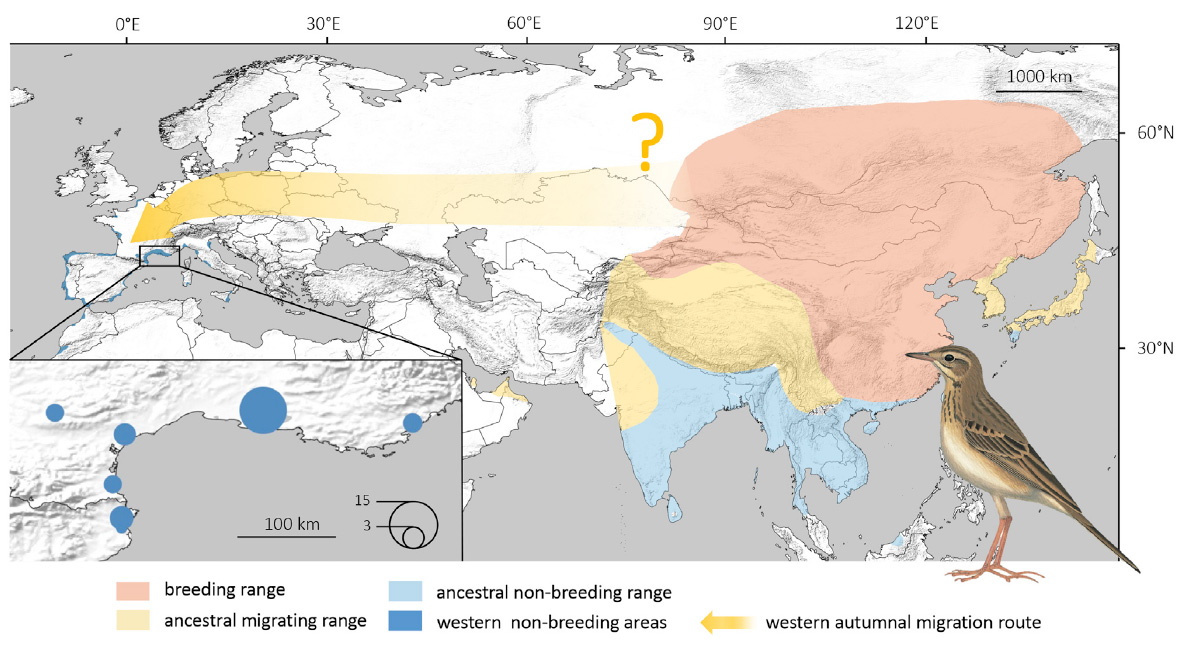 Distribution ranges and migratory movements of Richard's Pipit reproduced from Dufour et al. Breeding, migrating, and ancestral non-breeding ranges are taken from BirdLife International. Suspected new non-breeding areas are defined from occurrences collected from the Global Biodiversity Information Facility (GBIF) for countries that regularly host the species in winter. Locations of the monitored sites are indicated by blue dots in the zoomed panel, with the size representing the mean annual numbers of birds caught per season. The yellow arrow illustrates the suspected new migratory route that birds should undertake to reach southern Europe. Illustration by Per Alström.