During October and November 2020, the visible migration at Spurn was good – something seemed to be moving almost every day and in good numbers, too. Some species had record-breaking autumns here including Pink-footed Goose, Rock Pipit and (what I think is the standout bird of the late autumn for a lot of locals) Eurasian Siskin. Generally, I thought it was an incredibly quiet autumn for grounded migrants like Black Redstarts, Firecrests, Yellow-browed Warblers, Long-eared Owls and so on, while some scarcer migrants were non-existent – no Pallas's Warbler or Great Grey Shrike for example (our second autumn on the trot with no Great Grey Shrike records).

However, as I mentioned before, there was lots of fantastic vis-mig and some good arrival days. October started off nicely on 2nd with some decent finch and Meadow Pipit passage in the morning in overcast conditions and south-westerly winds. However, by the afternoon a strong southerly wind picked up with some rain. The radio crackled first with a Leach's Storm Petrel going north close in past the sea-watching hide, then burst into life with the best passage of the day as 557 Little Gulls trickled east low over the Humber from one of the observatory windows. Two Sabine's Gulls were mixed in with them, plus a couple of Long-tailed Skuas. 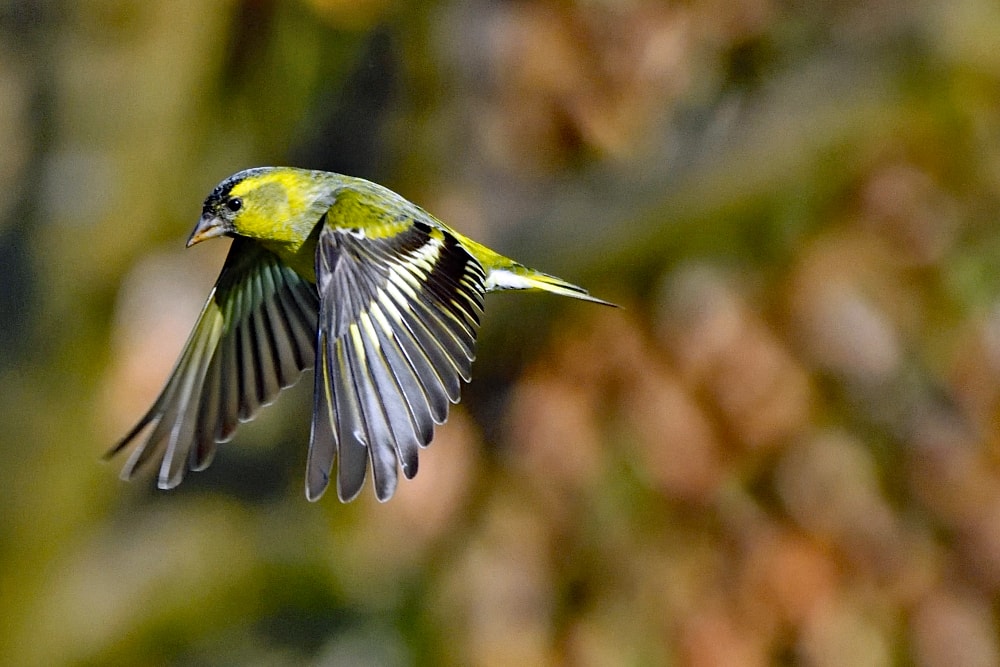 Eurasian Siskin was the vis-mig species of the autumn for Jacob (Ian Cunningham).

Of course, most of the southbound passage of passerines takes place during a south-westerly and is usually best visible from Numpties watchpoint, situated just above the Warren. This gives a brilliant view over the land to the north, the Humber to the left and out over North Sea to your right. It was a brilliant day for finch passage on 4 October. I can usually tell when we're in for such a day, as the ride down at dawn on my bike will be full of the excited calls from flocks of Common Linnets as they make their way south. They always seem to be an early to mid-morning migrating bird – stopping just a few hours after dawn. By lunchtime, when passage had slowed, we packed in ending on a respectful total of 2,610 Linnets, 2,100 Goldfinches, 1,026 Meadow Pipits, 209 Eurasian Skylarks and 888 Little Gulls all travelling in a southerly direction.

There were completely different conditions on 6 October, with the winds in the north-west. However, an easterly blow out to sea meant there was a promise for a bit of an arrival of continental birds. From the Warren at daybreak, it was obvious that Bramblings and Redwings had been and were continuing to arrive with small groups making their way in off the sea and going north-west over the Triangle and beyond, the Bramblings giving their characteristic wheezing call as they went.

There were also smaller numbers of Eurasian Skylarks, Common Starlings, Meadow Pipits, and other finches arriving from the sea. While admiring the steady numbers of birds arriving, the sound of a Little Bunting burst out, giving its harsh metallic tic from the mouth of the Heligoland trap. Shortly after, a Hawfinch started calling only a few yards from where the Little Bunting was. It all felt like it was about to kick off, but by 10 am it seemed like stuff had stopped arriving around the Warren. 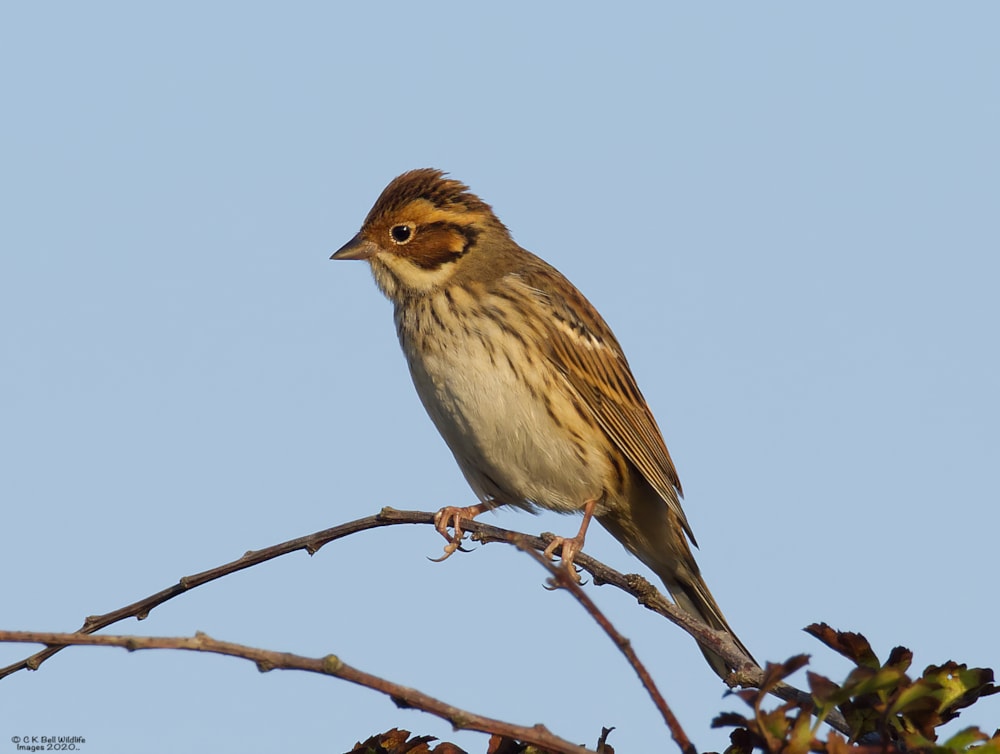 Little Bunting was a welcome surprise on 6 October (Craig Bell).

However, by the end of the day there was a good number of migrants around, including the first (and one of the very few) Yellow-browed Warblers of the year, a showy Red-breasted Flycatcher and an Olive-backed Pipit. By the evening, a total of 488 Redwings and 222 Bramblings had arrived and continued their migration north-west. These sort of days were few and far between during autumn 2021, mainly due to the lack of easterly winds blowing across the North Sea – but that's why the southbound visible migration was decent this year.

Two similar days do really stick into my mind for this autumn. One was 24 October in a force 5 south-westerly. Common Starlings were coming in-off the sea in small numbers throughout the morning, totaling some 1,000 by midday. At 1.10 pm, flocks started to arrive more or less constantly, in groups of up to 150. In just 50 minutes I had noted 2,340 coming in-off the sea both to my south and north. I knew I needed help so I gave Liam Andrews, one of the Spurn Bird Observatory autumn volunteers and a good mate, a call to come down and join the counting. One of us looked to the north while the other to the south (only one or two groups came in around us, I think this is down to them avoiding the offshore wind turbines to the east of the Warren).

The flocks kept piling in constantly for the next few hours, giving a brilliant spectacle. Watching thousands of starlings arrive after they had just completed a long North Sea crossing was a sight to behold, and even with a headwind, they didn't seem phased and most continued north-west after landfall. By the end of the day, we had finished with 14,393 birds – the highest in-off starling count Spurn has recorded. There were also a few other bits arriving: a Ring Ouzel with a flock of starlings off Easington, while at the Warren a couple of Eurasian Woodcock and 56 Northern Lapwings arrived from the east, too. 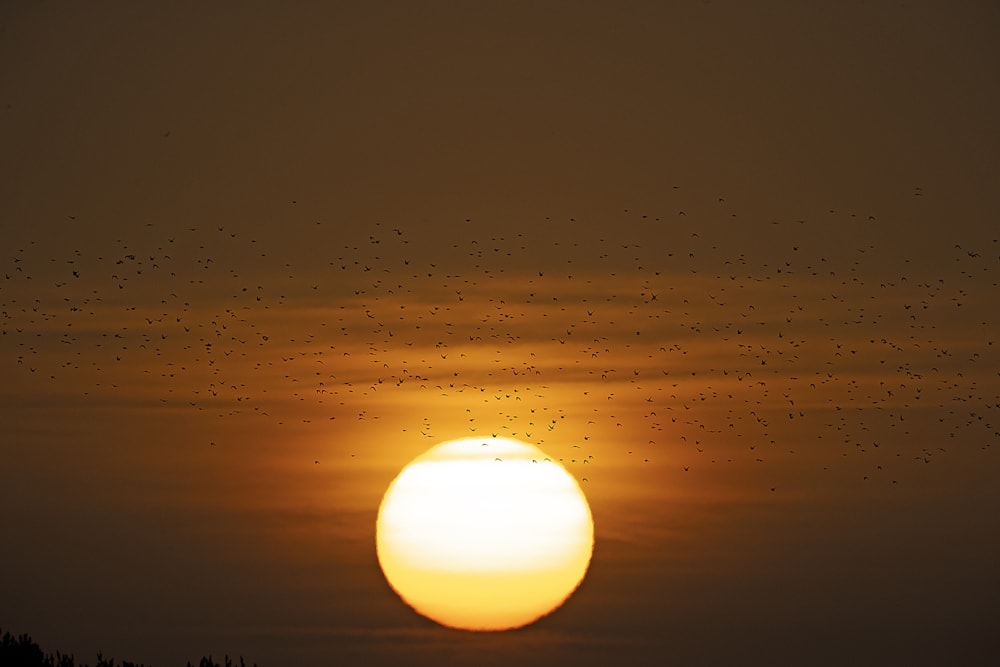 No fewer than 14,393 Common Starlings were logged on 24 October (Andrew Moon).

The other memorable – and almost ridiculous – arrival day was 3 November. It started out as a medium-strength northerly wind, with a bit of an easterly out into the North Sea and some heavy showers. The Warren seemed quiet, but Liam rang to say he had thrushes piling in from on high, dropping into the tall trees around Kilnsea. That was enough for me – I wanted in on some of the action.

Liam and I spent the rest of the morning up the observatory garden tower amid heavy rain, but it wasn’t just water falling from the sky – Redwings and Blackbirds were pinging out the cloud in their hundreds, with some Fieldfare mixed in. Each flock arrived with a lot of "Ooohs!" and "Ah did you see that?". Woodcocks were dropping in as well, with singles regularly flying in-off and west before grounding, others spiraling down from hundreds of metres up – the same height as the thrushes. Starlings, Common and Jack Snipe, Chaffinches, Bramblings and so on were all flying north-west up and over us in good numbers as well. This all continued during each band of rain, but when it slowly brightened up during the afternoon, arrivals became fewer and fewer until it was the just odd woodcock, Jack Snipe and flocks of thrushes.

The last hour of light sealed a fantastic end to the day. As the sun lowered over the Humber and Grimsby, excited flocks of Blackbirds started to circle up, giving their high-pitched calls, in their hundreds. As each flock became dots into the distance out over the Humber, the next flock would rise out of the bushes around the observatory garden tower and continue their journey. This is one of my favourite parts of late autumn at Spurn.

Then, when it was nearly pitch black and you could just about see the last of the thrushes, shadows of woodcocks started to pile out of the cover and continue their migration under the cover of darkness to end up feeding on sheep pastures elsewhere in Britain. By the end of the day, 26 Eurasian Woodcock, five Jack Snipe, 2,412 Blackbirds, 643 Fieldfares, 9,504 Redwings, 231 Chaffinches and 166 Bramblings had all arrived and/or passed through. 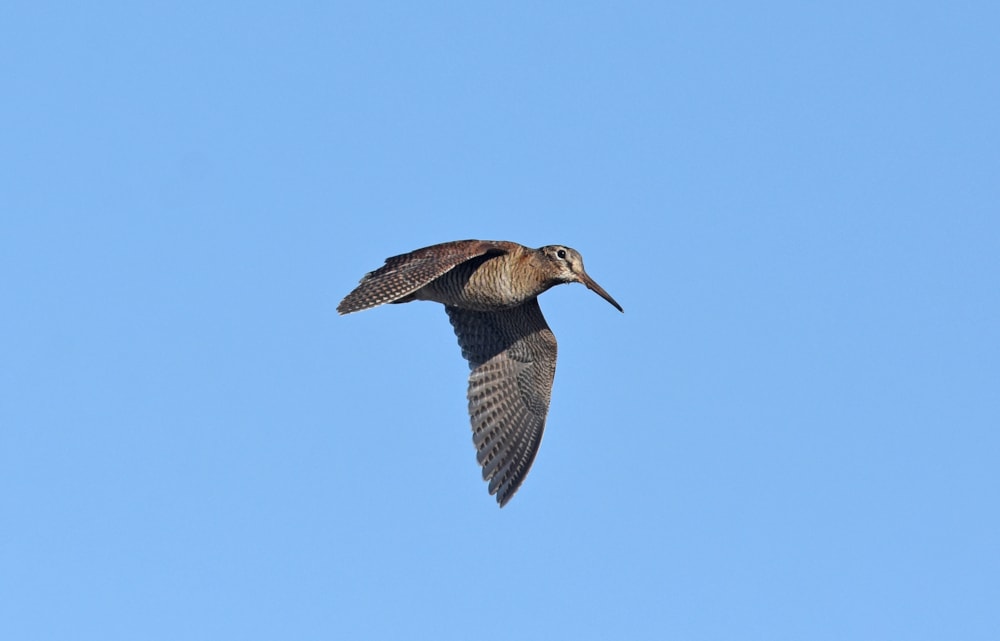 On 3 November some 26 Eurasian Woodcock passed through (Moss Taylor).

As I mentioned earlier, however, Eurasian Siskin was the bird of the latter part of the autumn – for me at least. It seemed that whenever the wind swung between south and west they would move in good numbers – often just bouncing past at eye level, calling to each other as they went. The peak day for siskin movement was on 30 October when 1,728 moved south, passing right through the day until late in the afternoon. This is a record day count for the observatory and added to the end of autumn siskin total – some 14,778 birds, which is also a highest annual total for the Spurn, nearly doubling the previous record.

There were some other spectacular days of siskin movement, with four days topping 1,000 birds. However, one of my favourite siskin moments was watching small flocks fly off the Spurn peninsula towards Lincolnshire, as the sun was setting on the other side of the Humber. Rock Pipits also had a very good autumn, with 2021's total of 1,090 moving birds breaking the previous annual record of 965.