New information, published in the Journal of Raptor Research, suggests that Peregrines may be using city lights to hunt and feed their young at night.

Using webcams to view their movements between 22:00 and 04:00, the team observed the birds at the Nottingham site returning with food on four separate occasions, including three times during one night. The adults returned with small to medium-sized birds — and on one occasion what was believed to be a bat.

While Peregrines typically nest on cliff edges and in open landscapes, they have started nesting on tall buildings in towns and cities, which mimic these conditions, as their population has recovered.

Having a far greater abundance of prey than their rural counterparts could be another reason for this newly-emerging habit among urban-dwelling Peregrines, the researchers suggest.

The latest work forms part of a wider study at the university investigating what impact nesting in urban areas is having on the species. 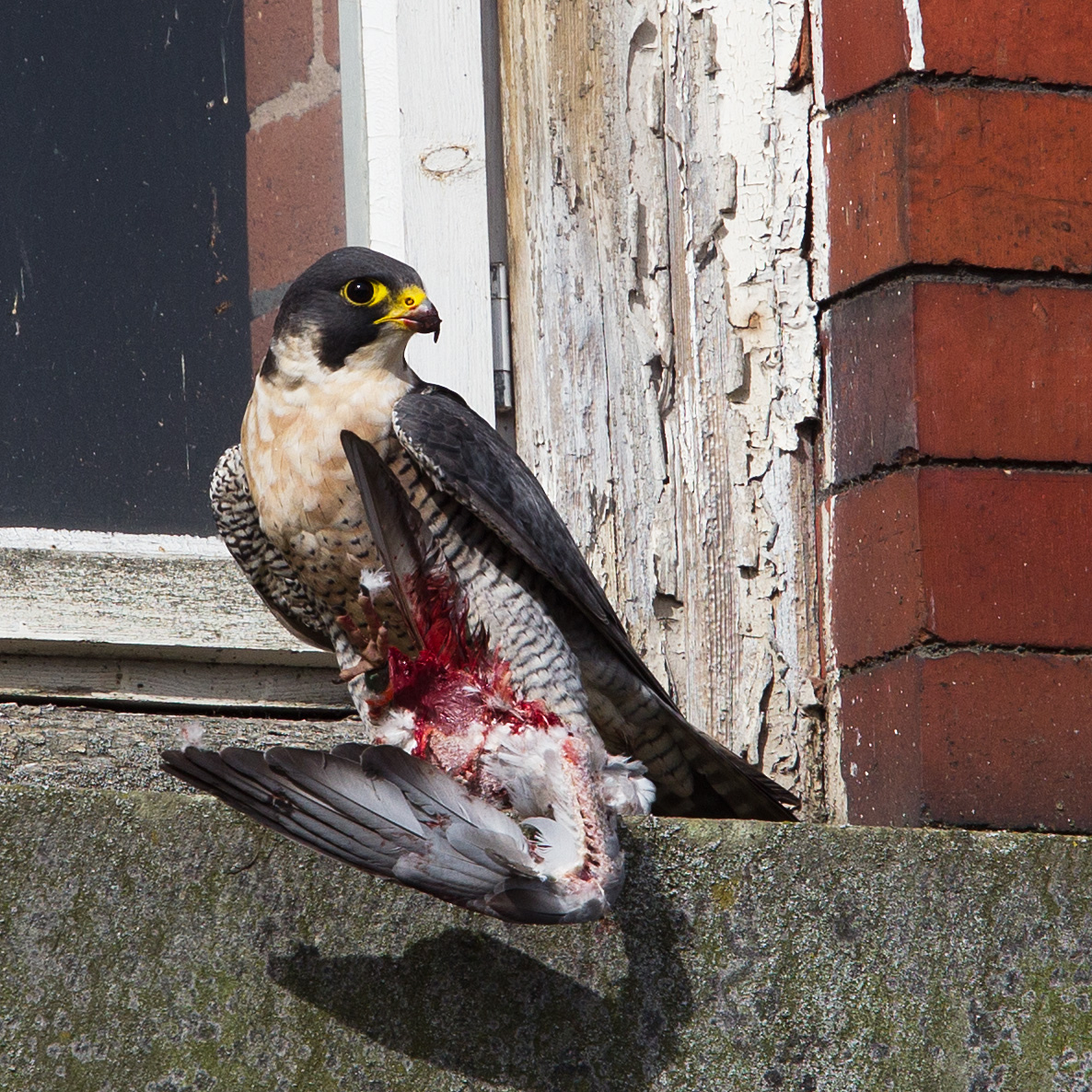 Urban Peregrines appear to be hunting and feeding their young during the night (Photo: Simon Richardson)

Esther Kettel, a researcher at the university's School of Animal, Rural and Environmental Sciences, commented: "Peregrines are considered daytime raptors, but urban environments are providing them with nocturnal hunting opportunities. It is very possible that these birds are taking advantage of street lights and maximising hunting opportunities where there is plenty of prey. Our study suggests that night-time feeding could be more widespread than previously known.

"We want to be able to ascertain whether the birds are hunting the food at night, or bringing it in from a nearby 'larder' where they have stored earlier kills. It is known that rural Peregrines will store food for later, but this is particularly during the winter and when food is scarce.

"This is something which we hope to resolve as part of a further study, in which we're using thermal cameras to show whether the prey is still warm."