The State of the UK's Birds 2015 report (SUKB), published today [Tuesday 10 November 2015], showcases a range of inspiring examples of organisations joining forces, from within and outside the conservation sector, aiming to improve the status of birds both within the UK and across the UK's Overseas Territories.

National statutory bodies and conservation NGOs have engaged with private landowners, farmers, supermarkets, the aggregates industry and even the brewing industry in partnerships to deliver exciting projects across the UK.

The annual SUKB report takes a deeper look at the fortunes of farmland birds in particular which, overall, have declined by 54% since 1970. Despite the continued long-term decline seen across farmland birds, collaborative partnerships and agri-environment schemes have been shown to have positive impacts on a number of farmland bird species.

The report reviews a range of projects; from targeted species recovery programmes benefiting Cirl Buntings and Stone Curlews, through to agri-environment schemes for which positive effects have been found on some, but not all, widespread declining farmland species. More targeted schemes have been shown to increase or at least maintain local densities of Grey Partridge, Tree Sparrow and Yellowhammer at the farm scale. 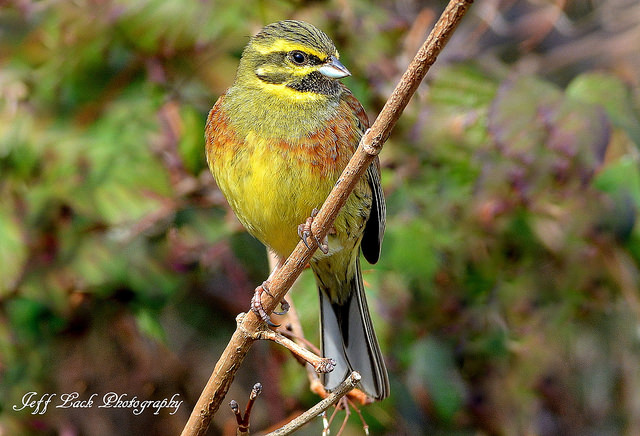 Wetland birds are another group to have benefitted from partnership projects, particularly at a landscape scale; Common Redshank and Lapwing are responding to habitat restoration and management in Greater Thames, Bittern in Somerset and Eurasian Curlew in Northern Ireland. Meanwhile, in upland areas, Black Grouse populations have increased on sites in North Wales, Geltsdale and Scotland as a result of habitat management and partnerships between game managers and conservationists.

David Noble, Principal Ecologist at BTO, said: "The development of agri-environment schemes has been informed by considerable research into the requirements of farmland birds and field-based tests of management options. However, bird responses can vary due to differences in implementation, as well as other factors; so continued monitoring is critical to assess their design and modify as needed."

Rob Cooke, Natural England Director of Terrestrial Biodiversity, said: "A joined-up approach to protecting our environment is vital, which is why, for example, we work closely with local communities, landowners, and businesses as part of our Protected Sites Network so we can restore and maintain England's 12 Nature Improvement Areas and ensure people enjoy the wonderful wildlife they have to offer.

"We also partner with individual farmers and government to protect some of our most vulnerable habitats and species – in particular, our environmental and countryside stewardship schemes have a huge role to play in protecting declining farmland birds like the Lapwing, Tree Sparrow and Yellowhammer." 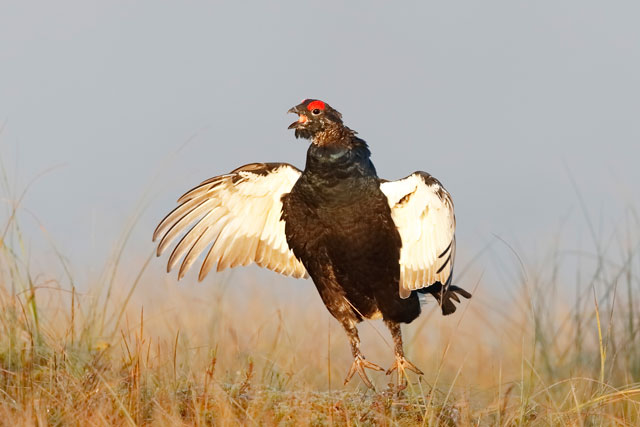 Black Grouse has recovered in some areas as a result of habitat management (Photo: Colin Bradshaw)

The volunteering community plays a huge part in all of the partnership projects described in the SUKB's report and a recent JNCC report is quoted as having conservatively valued volunteer contributions of time to be worth in excess of £8.6 million per annum. Bird monitoring in the UK is largely led by NGOs, in collaboration with the government, but relies on the efforts of thousands of volunteers in collecting data from surveys and studies of which the latest results make up the content of this report.

Daniel Hayhow, RSPB's Conservation Scientist, said: "Without the dedication of the surveyors and volunteers involved in all of these projects we would not have the evidence base to assess the effectiveness of these exciting conservation partnerships. There is still much work to be done, but these positive stories show what can be achieved when organizations come together and we hope they will inspire more projects in the future."

Colette Hall, Wildfowl & Wetlands Trust (WWT) Monitoring Officer, said: "It's inspiring to see so many people give so much of their time to conservation projects. The contribution made by volunteers to waterbird monitoring schemes over the last seven decades or more is tremendous. Their continued support has provided conservation organisations, like WWT, with much of the evidence we need to direct conservation action, and to establish projects that can reduce the overall decline we're seeing in wintering waterbirds across the UK."

David Stroud, JNCC Senior Ornithologist, said: "This report is an important reminder of the huge contribution that volunteers make to all aspects of bird conservation in the UK, and increasingly also in many of our Overseas Territories and Crown Dependencies. We need to continue to support and direct these efforts, and ensure that the data and information generated is used to address our most pressing conservation problems."

The State of the UK's Birds report also covers the UK's Overseas Territories. New Important Bird Areas have been identified on Ascension Island and St Helena through a project between local government and conservation NGOs. Recognition of the importance of these sites will benefit populations of the endemic Ascension Frigatebird and the Critically Endangered St Helena Plover. There is also news of a new collaboration to address serious declines in Northern Rockhopper Penguins on Tristan de Cunha islands, home to more than 80% of the global population of this species.