Dutch biologist Paula den Hartog has shown that bastard doves can fend for themselves. Despite having a strange coo, hybrid offspring are still able to defend their territory.

How species are formed and remain separate are crucial questions in evolutionary biology. The offspring of crosses between different animal species are often infertile or die when still in the womb. A mule, for example, cannot reproduce. Sheep-goat hybrids are usually stillborn. Such hybrids can also be dysfunctional, for example, because the sounds they make are a mixture of sounds from both parent species. 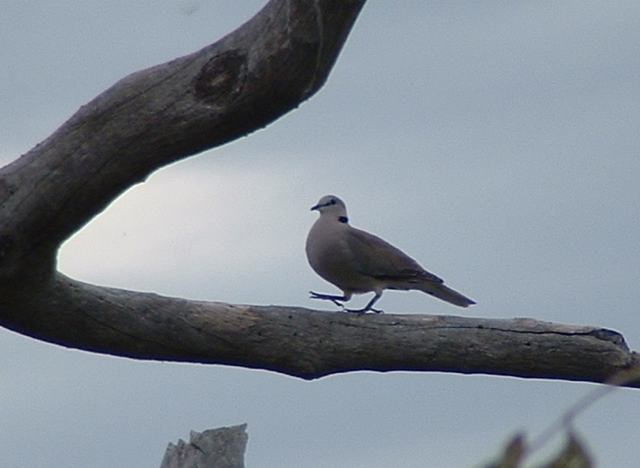 By coincidence, biologists discovered the existence of a hybrid dove alongside the Ring-necked Dove and the Vinaceous Dove, the two species studied by Den Hartog, in a region of Uganda. The DNA of the hybrid dove has genes from both parental species. In order to mate, a male dove coos to defend his territory and attract females. The coos of the Ring-necked Dove and the Vinaceous Dove are different and the hybrids have their own coo as well. Remarkably, the hybrid offspring are able to thrive and reproduce. Although the hybrid doves make a different sound to their parents, this sound is still functional.

The researcher placed loudspeakers in the territory of a male dove to measure the response of the dove to other doves' coos. On hearing a male from his own species cooing in his territory, a male dove will usually approach the intruder and attempt to chase him away, cooing as he does so. This sometimes leads to fights. The male does this to defend his territory; a male dove cannot reproduce unless he has his own territory. However, a male dove can only chase off intruders from his territory if the intruders can 'understand' his coo and recognise the threatening message. Conversely, the male dove must also be able to recognise the intruders' coos to understand that they are possible rivals. A strange coo can therefore hinder a successful sex life.

As soon as the male doves in the study recognised a coo and noticed the loudspeakers, they started an attack. They recognised the coo as being the call of a rival.

Listen to some examples: 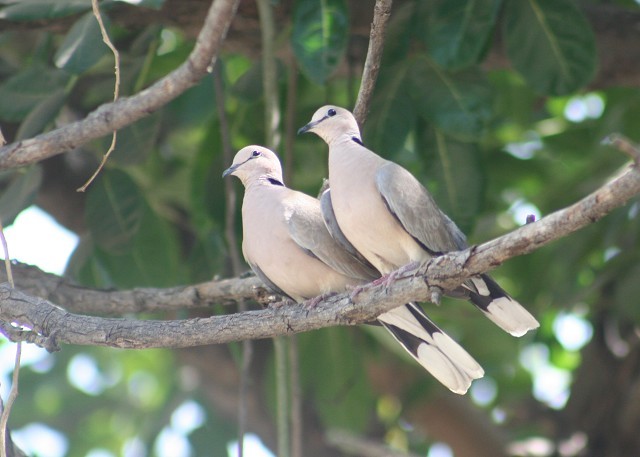 Den Hartog suspects that it is possible for the hybrid species to continue to survive and multiply as the hybrid calls seem to work well in obtaining a territory. There is also quite a lot of variation in the hybrid coos. It would therefore appear that hybrid animals are not always weaker than their parental species.

The role of female doves, or hens, is just as important. Their job is to select the most suitable male. The hens do not always stick to their own species, and sometimes even have a preference for 'strange' males. And doves are certainly not monogamous: a hen will stray from the nest. She may mate with a bachelor dove and then bring up the chicks with her faithful male back at the nest.

Paula den Hartog carried out her research thanks to grants from the NWO division WOTRO Science for Global Development.