Populations of many birds that migrate between Eurasia and Africa are in decline, and species that depend on wetlands are especially in trouble. Without knowing what habitats they use throughout their annual wanderings, however, it's hard to plan effective conservation measures. To fill in these gaps, the researchers behind a new study published in The Condor: Ornithological Applications tracked five Great Reed Warblers over the course of two years, identifying key areas along their amazing cross-continental journeys.

Hoping that Great Reed Warblers would provide insights that could be applied to other wetland-dependent migrants, Joshua Horns of the University of Utah and his colleagues tagged birds in north-eastern Turkey in May 2013. The birds they tracked each visited at least 11 different countries on two continents over the course of their annual migration, passing through the Arabian Peninsula and spending the winter in sub-Saharan Africa. Along the way, their routes took them through as many as 277 Important Bird Areas (IBAs), sites that have been identified as being globally important for bird populations — but more than 40 per cent of the areas the birds visited have little or no formal protection. The Aras River wetlands IBA, a rich wetland in eastern Turkey where these birds breed, may be destroyed by a planned dam. 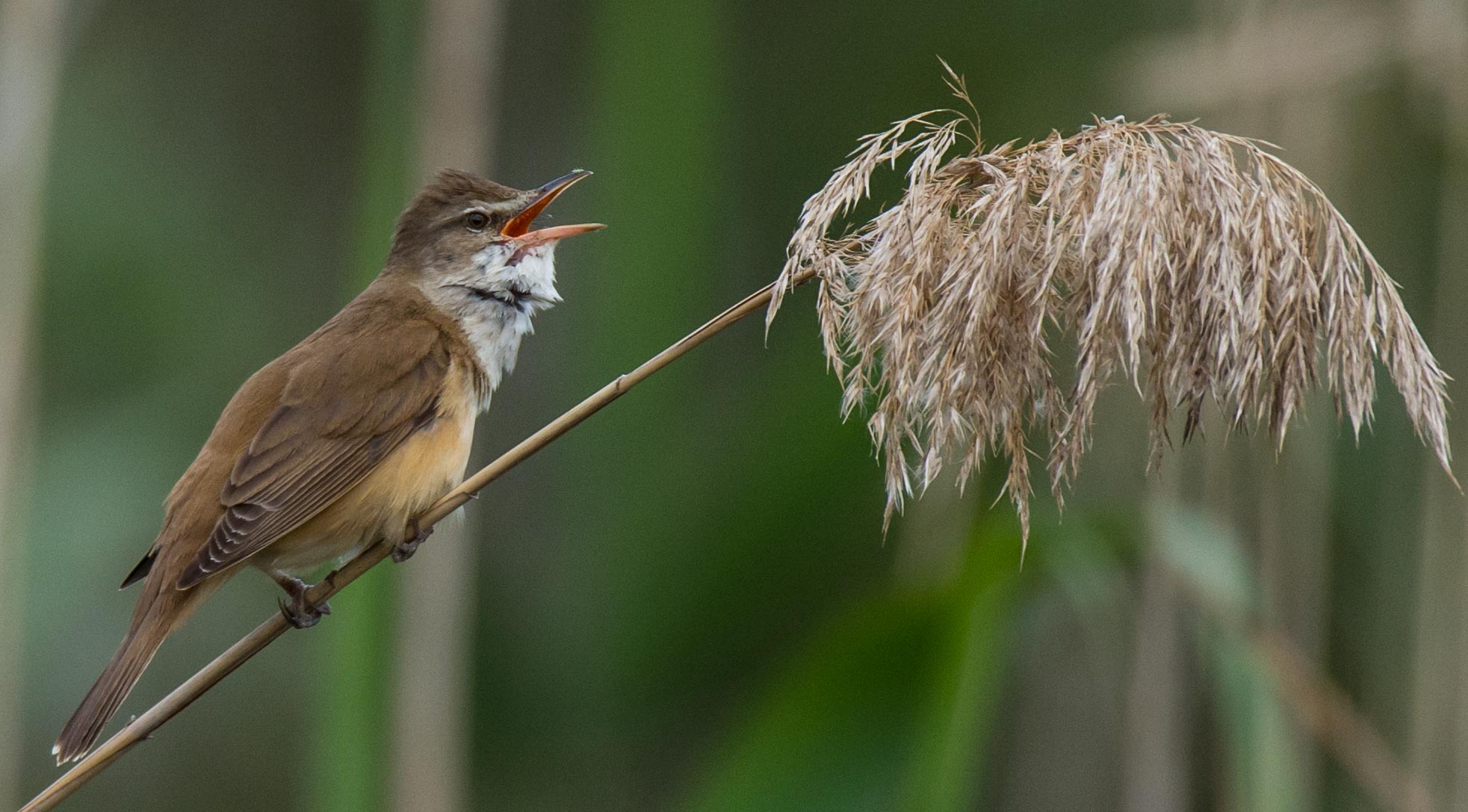 "All of our birds appear to cross the Bab-al-Mandeb strait during spring migration. This means that birds are being funneled into a very small passage, creating a migratory bottleneck," said Horns. "Especially alarming was the discovery that all the IBAs being used at the Bab-al-Mandeb strait had little to no protection. This is a perfect storm of potential conservation consequences where you have many, many birds relying on a relatively small area and nothing in place to ensure that that area remains suitable."

Funded by the National Geographic Society, the Whitley Fund for Nature and the Christensen Fund, Horns and his colleagues tracked the birds via geolocators, tiny devices that record birds' location based on sunrise and sunset times. Great Reed Warblers are ideal candidates to be tracked via geolocator, because they're big enough to carry the devices without harm and they return to the same breeding sites each year, allowing scientists to recapture them and retrieve the data recorded. Of the 30 birds tagged, Horns and his colleagues were able to recapture five.

"Many species of many Afro-Palearctic migrants have declined in the last few decades, and recent tracking studies have begun to unravel the causes," according to York University's Bridget Stutchbury, a songbird migration expert who was not involved in the research. "This study highlights the enormous challenges of conservation of migratory birds [which] rely on an intact and healthy network of habitats over thousands of kilometres across the annual cycle."