A new study has confirmed that the current rate of species being wiped out exceeds the rates in previous mass extinctions, including that which killed off the dinosaurs.

Using IUCN Red List data (which lists 64,283 species of vertebrate), Malcolm McCallum has reached a sobering conclusion: that the magnitude of current biodiversity extinctions is somewhere between 8,900-18,500 times the rates which can be estimated from the major mass extinctions of the past. Today's disappearances of animals and plants constitute a sixth mass extinction.

Vertebrate extinctions in particular have exponentially increased since 1980, with the earth losing numbers of species 71-297 times larger than at the end of the Cretaceous period, when the dinosaurs and other large vertebrates went extinct.

McCallum's figures include species designated as Vulnerable to Critically Endangered as well as those though Data Deficient or already extinct, and were analysed using 16 statistical approaches and 288 separate calculations. Today's extinctions have happened in such a short time period that their true severity is not immediately apparent. 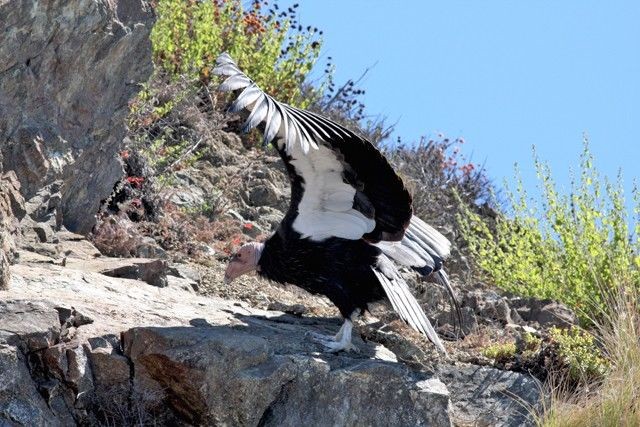 Intensive conservation measures have ensured a short-term future at least for California Condor, but this 'living dinosaur' could still join the roll-call of the extinct (Photo: anon)

McCallum said: "There is no evidence that the extinction levels we have observed since 1500 or since 1980 even remotely resemble background (normal) rates of loss. They do however at least match, and could very well exceed the rate of extinction in any of the previous mass extinctions. We are wiping out species faster than even the catastrophic asteroid impact at the end of the Cretaceous did. These rapid losses are, as they say in the movies, unprecedented."

The Cretaceous geological period ended 65 million years ago, and the mass extinction that occurred at its boundary with the following Palaeogene period (when birds and mammals came into their own, evolutionarily speaking) accounted for 17 per cent of known families, 15 per cent of genera and 70 per cent species. The dinosaurs were completely wiped out (other than those which had become birds), while 36-43 per cent of other vertebrates also went extinct.

The figures are rendered somewhat uncertain owing to the incompleteness of the fossil record, but even allowing for the resulting wider statistical parameters, the rate of extinction since 1500 still moved forward 24-85 times faster than at the end of the Cretaceous. Though it is depressing to consider endangered species already extinct for the sake of the analysis, long-term this may well be the case. The speed with which their numbers have been reduced certainly points to ultimate oblivion.

The paper concludes: "These extreme values and the great speed with which vertebrate biodiversity is being decimated are comparable to the devastation of previous extinction events. If recent levels of extinction were to continue, the magnitude is sufficient to drive these groups extinct in less than a century."