The remarkable timekeeping of birds could finally explain how some bird species are able to respond to climate change by migrating earlier and earlier each year. According to a new study, individual Black-tailed Godwits migrate at more or less the same time every year. However, the migration of the population as a whole seems to be happening progressively earlier. 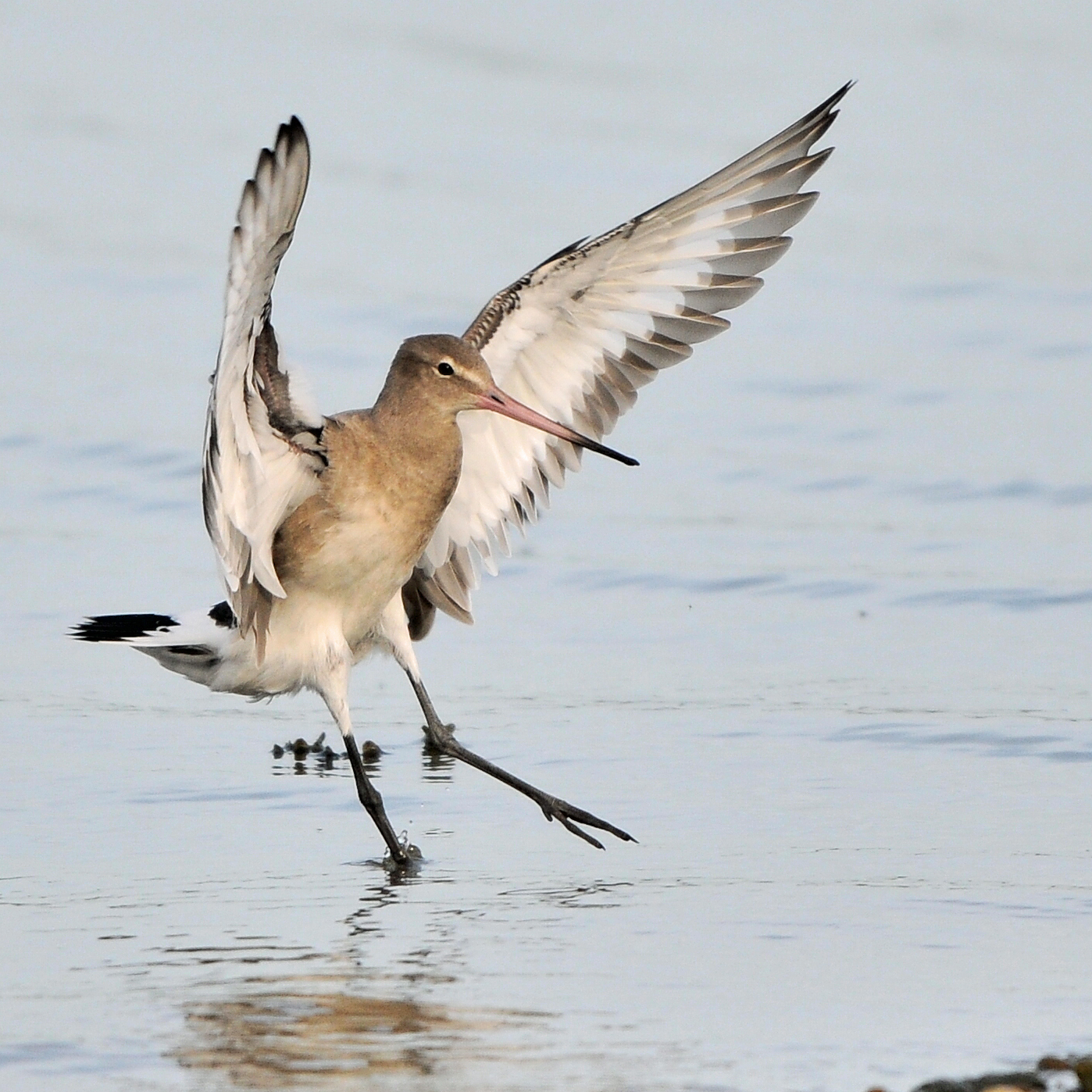 Dr Jenny Gill of the University of East Anglia and her team have monitored a population of Black-tailed Godwits for over 20 years. The citizen science project relied on the help of more than 2,000 birding volunteers across Europe. In winter, godwits are found on estuaries right down the west coast of Europe; in spring, they migrate north to breed in Iceland. On the progressively earlier migration of the species, Gill commented: "The only explanation that's left is that new birds are hatching and migrating earlier. As the older birds die off, the population fills up with early migrators. Climate change is likely to be driving this change because godwits nest earlier in warmer years. Birds that hatch earlier are likely to have more time to gain the body condition needed for migration, and to find good places to nest in the winter."

It's long been known that birds tend to return to the same place each time they migrate; that's why many migratory birds in your garden or on your local patch will occupy familiar territories year on year. But the new study, published in The Proceedings of the Royal Society B, is the first to show they also return at the same time, within just a few days. The research offers the following abstract:

Recent advances in spring arrival dates have been reported in many migratory species but the mechanism driving these advances is unknown. As population declines are most widely reported in species that are not advancing migration, there is an urgent need to identify the mechanisms facilitating and constraining these advances. Individual plasticity in timing of migration in response to changing climatic conditions is commonly proposed to drive these advances but plasticity in individual migratory timings is rarely observed. For a shorebird population that has significantly advanced migration in recent decades, we show that individual arrival dates are highly consistent between years, but that the arrival dates of new recruits to the population are significantly earlier now than in previous years. Several mechanisms could drive advances in recruit arrival, none of which require individual plasticity or rapid evolution of migration timings. In particular, advances in nest-laying dates could result in advanced recruit arrival, if benefits of early hatching facilitate early subsequent spring migration. This mechanism could also explain why arrival dates of short-distance migrants, which generally return to breeding sites earlier and have greater scope for advance laying, are advancing more rapidly than long-distance migrants.

Gill explained: "They can tell the time. We thought that individual birds might migrate earlier or later in response to the weather. But it seems that, whatever the weather, they migrate at almost exactly the same time every year. If you think about it from the bird's point of view, it makes sense. You know that the place you've been to before will be available, and you know that it will be available at that time."

Other studies have shown that birds that migrate over longer distances have found it difficult to adapt their migration cycles to a changing climate. Many of those species are also suffering rapid decline. The study could explain why those birds are struggling to respond. "Many long-distance migrants arrive so late on to the breeding grounds that they only have a short time in which to mate and nest," says Gill. "They simply don't have time to respond to warming conditions by nesting earlier."