Scientists are using a thermal camera to study urban Peregrine Falcons in the hope of learning more about their feeding habits.

A team at Nottingham Trent University is using the camera to investigate whether the birds are bringing freshly killed prey back to the nest or food which has been killed earlier and stored in a 'larder'. The project will also enable the scientists to determine whether the falcons are hunting at night.

The study will involve monitoring Nottingham Trent University's resident Peregrines, which have nested on a ledge of the university's Newton building in the city centre for more than 10 years. Dozens of chicks have been raised and successfully fledged during this time. 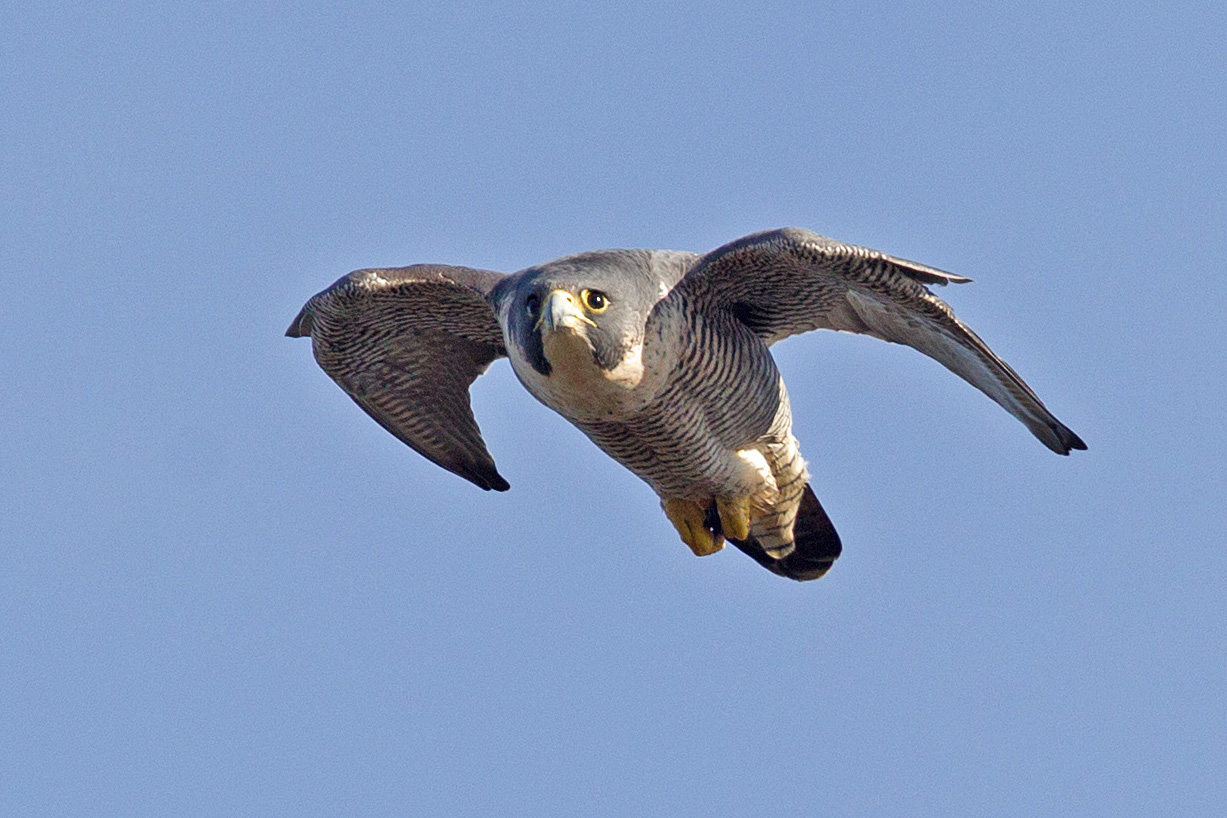 It is thought to be the first time a thermal camera has been used in this way, and will be part of ongoing research at the university to compare the behaviour and ecology of urban and rural Peregrine Falcons.

It is known that rural Peregrines will store food for later, especially during the winter when it is more scarce, but less is known about the feeding habits of their urban counterparts which have access to a greater abundance of food.

While Peregrines typically nest on cliff edges and open landscapes, in recent years the species has started nesting on tall buildings in towns and cities, which mimic these conditions.

Esther Kettel, a researcher in the university's School of Animal, Rural and Environmental Sciences, said: "If the prey is displaying as warm on camera we'll know that it's freshly killed, whereas cold temperatures would suggest the adult birds are caching food and returning to it later."

Peregrine Falcons are believed to be the fastest animal on the planet, reaching speeds of more than 200 mph when stooping for prey.