Vagrants – rare migrants found outside their normal range – are a captivating curiosity for most birders. Desirable because they are rare, they are also inspiring because some have travelled vast distances, overcoming great challenges along the way. And perhaps there is even more to it than that: maybe these remarkable individuals are capable of changing the direction and course of evolution.

This initially absurd-sounding claim needs some explanation. I have been fascinated with vagrancy for some time now and have researched and analysed vagrancy patterns in pursuit of the ultimate answer for rarity hunters: why do these birds turn up where they do? What follows is my personal point of view, but I feel it is supported by observation.

Vagrants are explorers. They go beyond the limits of their normal range. They are like seeds that disperse, seeking new niches to fill, new opportunities and new territories. Like seeds, many fail to germinate and so they perish. However, a few persevere and the effects of this can have significant consequences. These survivors may prove to be trailblazers. Harbingers of colonisation, vagrants pioneer the development of a new migration arm. It is these wanderers that establish new wintering grounds and create a new staging post.

Unusually confiding behaviour is a trait not infrequently shown by vagrant birds. This female Little Crake in the Cuckmere Valley, Sussex, in March 1985 exhibited no fear and fed readily from the hand (Tim Loseby).

The story of avian vagrancy involves amazing journeys of discovery. Lost, deranged, brave or purposeful, vagrants come in all forms, shapes and sizes. Some have been caught up in storms, others may be ‘mad’; some are adventurous, still more are physically sick, and others are intrepid colonists. However, they all have one thing in common: they are explorers, pushing the boundary of the species’ range and discovering new niches. As conditions change in the environment, vagrants are there, on the front line. They are a driving force behind the evolution of migration systems and the change in a species’ distribution.

Think this is overstating the case? Look back at the last 20 years in Britain. There have been many changes in our avifauna in this short period. Yellow-browed and Pallas’s Warblers are now regular autumn migrants, and Little Egrets are now a breeding bird; Pectoral and White-rumped Sandpipers are almost guaranteed on the east coast in autumn, European Bee-eaters have bred and so have Pectoral Sandpipers.

I could go on, but the point is that all this has happened in the last 20 years, a mere blink of the eye for life on earth. Imagine how different things are likely to be in 200, 2,000 or 2 million years! Everything changes – and vagrants are among the pioneers of this change.

I am not suggesting that vagrants are necessarily consciously exploring. It is often a consequence of multiple factors that inadvertently puts them in that situation, such as becoming blown off course and making landfall on a remote island.

The starting point for ‘exploration’ involves birds deviating from the norm. Dispersal of a population across a wide geographic area is an important part of population ecology. Otherwise, a catastrophe, be it disease or dramatic climatic change, could threaten the entire migrant population. Bird populations have a plasticity which enables them to adapt to a changing environment, for example global warming. As new opportunities arise and others are lost, bird populations respond and acclimatise, which is necessary for survival. Vagrants play an important part in this process.

There are many examples of such adaptability. As Britain becomes warmer, Little Egrets (and possibly Cattle Egrets as well) have invaded and conquered. Other birds have retreated: it is now becoming too warm for Snow Buntings to breed in Scotland. Migrant populations are also changing – I believe that in most recent autumns there have been a lot more Yellow-browed Warblers than Black Redstarts.

When a new environment opens up, new opportunities are presented and it is possible for a population to expand its range into this geographically discrete new area. By definition, such habitat can only be colonised by birds that are outside their normal range: this is the role of the vagrant.

But how does a migratory population acquire its adaptability? Like human explorers and pioneers, individuality is often a prerequisite. Presumably some birds feel an uncontrollable urge to do something rather bizarre, like flying north in the northern winter. Such behaviour could be the result of some kind of damage to the bird’s navigation system, or the bird may have suffered brain damage as the result of an accident. Or maybe the ‘madness’ is a genetic disorder. However caused, this madness should not be underestimated in the effect it has on natural systems (think of human history!).

Vagrants are often found to have physical defects or abnormalities. The strangely plumaged Varied Thrush in Cornwall in November 1982 is a good example; there are only a handful of other instances of this grey-and-white variant ever being recorded. Unusual moult patterns are particularly common in vagrants. I have even heard that some have been found carrying abnormally large ticks. It could be that these defects are a result of vagrancy. However, they could be manifestations of other cerebral or physical impairment. 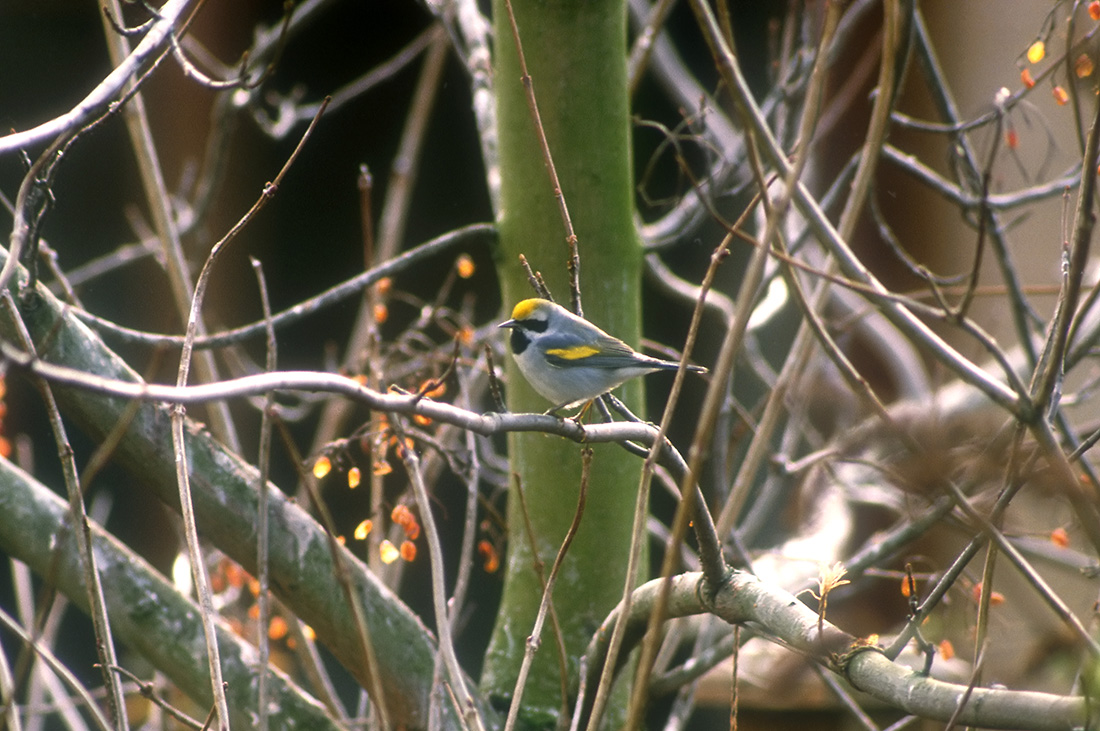 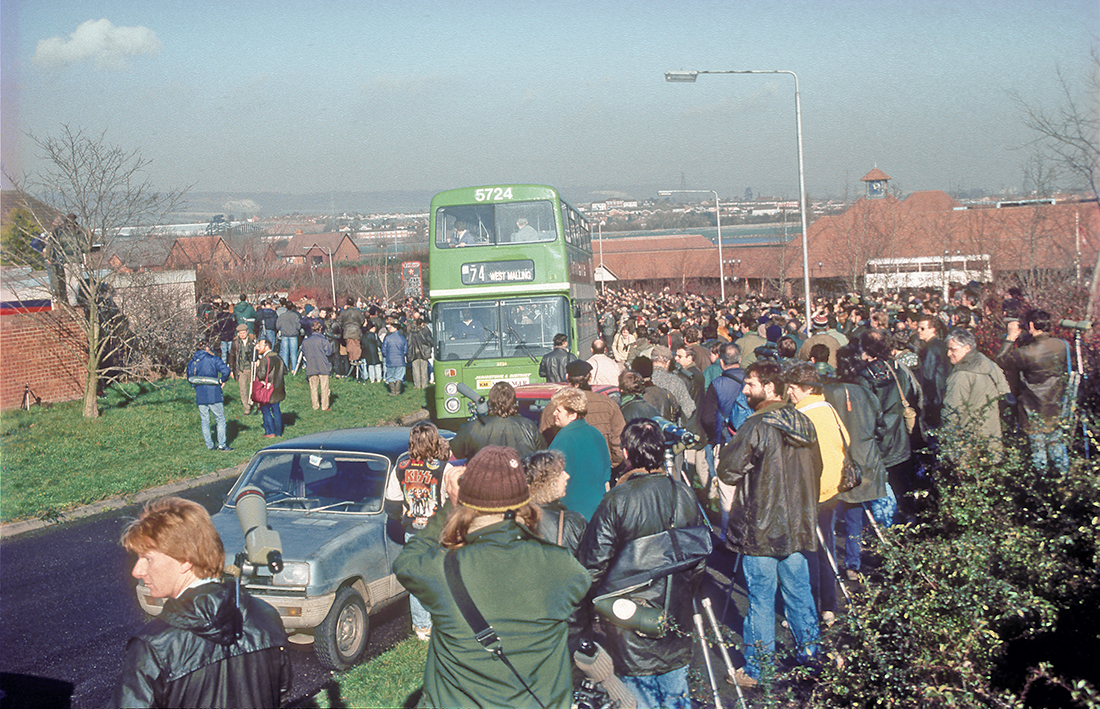 Of course, the weather is a major factor in vagrancy. “Tempest-borne waifs” is the way that Surrey’s own John Bucknill described them in 1900.Transatlantic vagrancy is often correlated with certain weather conditions and this has been well documented, particularly by Norman lkins. The link between fast-moving Atlantic depressions and the occurrence of vagrants is well known.

However, what is also very well known is that not all vagrancy is weather related; sometimes western birds turn up on easterlies and eastern birds turn up on westerlies. Many birders have experienced this on the Isles of Scilly in autumn. In 1999, there were birds from every point of the compass: Yellow-billed Cuckoo, Short-toed Eagle, Siberian Thrush, White’s Thrush and Blue Rock Thrush, and for most of this period there wasn’t any wind at all, mainly calm high pressure.

In the case of eastern vagrants, it is impossible for the occurrence of most of these to be wholly weather related. There are few or no weather systems large enough to carry these birds to north-west Europe ‘against their will’. There is an increased concentration of vagrants during certain weather conditions (easterlies), but it appears that these weather systems are merely concentrating and channelling birds that are already headed in this direction.

It is conceivable that vagrants that have arrived in eastern Europe from Asia may at this point become deflected around a weather system and then channelled in a favourable airstream, which concentrates them on the east coast of Britain. It is also conceivable that vagrants move in and out of various weather systems, using them like sling shots to propel themselves over vast distances. It is almost as if eastern vagrants use weather systems to get to where they are trying to go, rather than being pushed around by them.

In short, weather could be the principal reason for causing vagrancy (fast-moving Atlantic depressions), but perhaps more commonly it is a contributory factor. Things in nature are seldom explained by one process. Synergistic processes are often involved.

Many studies show that migration direction preference is genetically controlled. Just like some other genetically controlled characteristics, it is possible that this preference is spread about an average point in the shape of a bell, meaning that most migrants from a population will head off in roughly the same direction, but other sub-populations will go elsewhere. Of course, the benefit of diversity for a migratory group is that the population is not exposed to one single risk. It is also a characteristic of diversity that new avenues are opened up by exploratory behaviours, which inadvertently benefit the population as a whole by providing insurance. Vagrants emerge from this variation in migration direction preference. 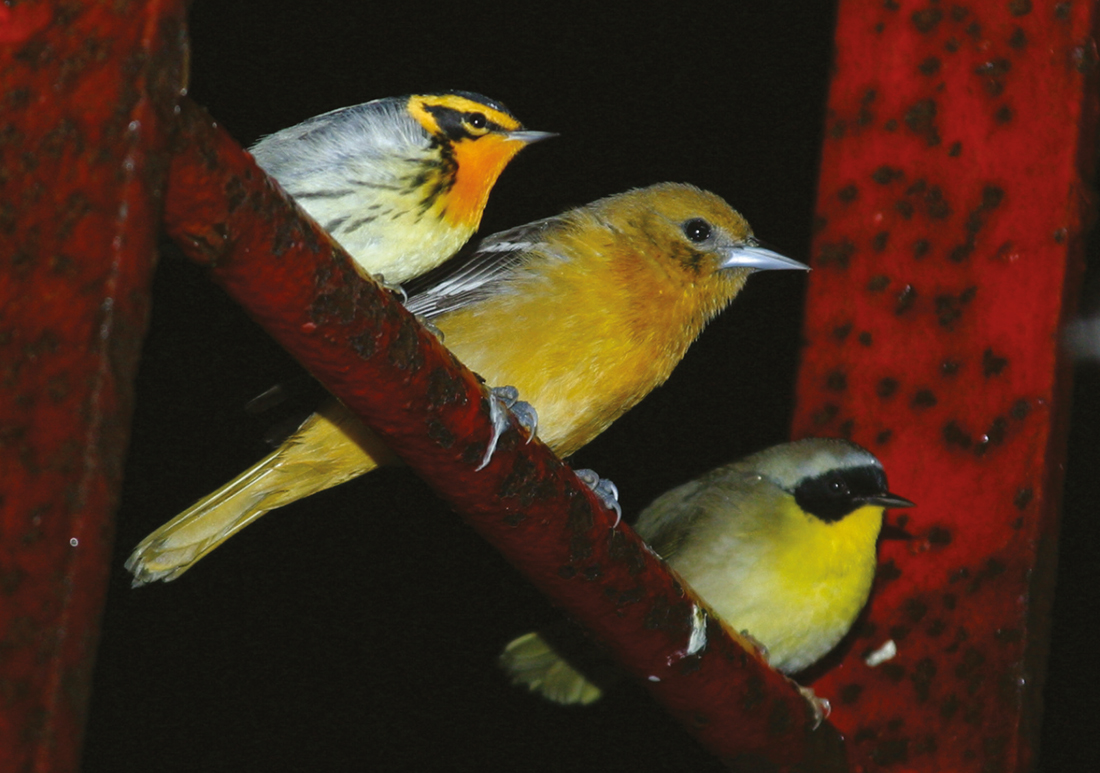 Different species have different migration strategies, which will be affected by the same sort of variation. In effect, what happens at the large scale is a blizzard of migration routes. Many of them are experimental. As those genes that carry the migration direction preference are mixed up (and mutations may occur), all kinds of pre-programmed routes will emerge from the ‘lottery of life’.

This is the most interesting bit of all, and trying to understand it gave me a headache for years. Those migrants that have ‘sensible’ migration programmes are the ones that survive in greater numbers (Darwin’s survival of the fittest). These birds breed, replicating the successful routes, which become common to the population. However, less ‘sensible’ paths still survive, but in smaller numbers, and that is how sub-populations are formed. And out there on the edge you will have the loners and ‘less typical’ individuals doing all sorts of things; they probably won’t make it.

However, as the environment changes, some of the alternative programmes may kick in and a sub-population may evolve into a main population. Take Little Egret as an example relating to short-distance vagrancy. A few years ago a genetic programme within a Little Egret population led some to head to Britain. Of course, variation within this population sent other birds to other areas. In the past, when the weather was cooler, these birds probably would have died or did not find the conditions favourable over here. The migration path remained rare. However, as the climate has warmed, those birds that contain this ‘programming’ become more successful. They survive longer, have bigger broods and multiply. They are now a common bird (containing a common programme) in Britain. Their genes (and perhaps other factors) led the species to discover a new territory and enabled range expansion as the climate warmed.

So what does this genetic variation in migration direction preference look like from the viewpoint of a birder? Well, we should see some strange goings-on. There is a ‘normal’ or mainstream element to migration, but there are also sub-groups and oddballs: birds heading the ‘wrong’ way, turning up in weird places, taking strange and random migration routes, going round in circles, and returning year after year to the same unsuitable place. The oddballs are my favourites because these are the ‘megas’! 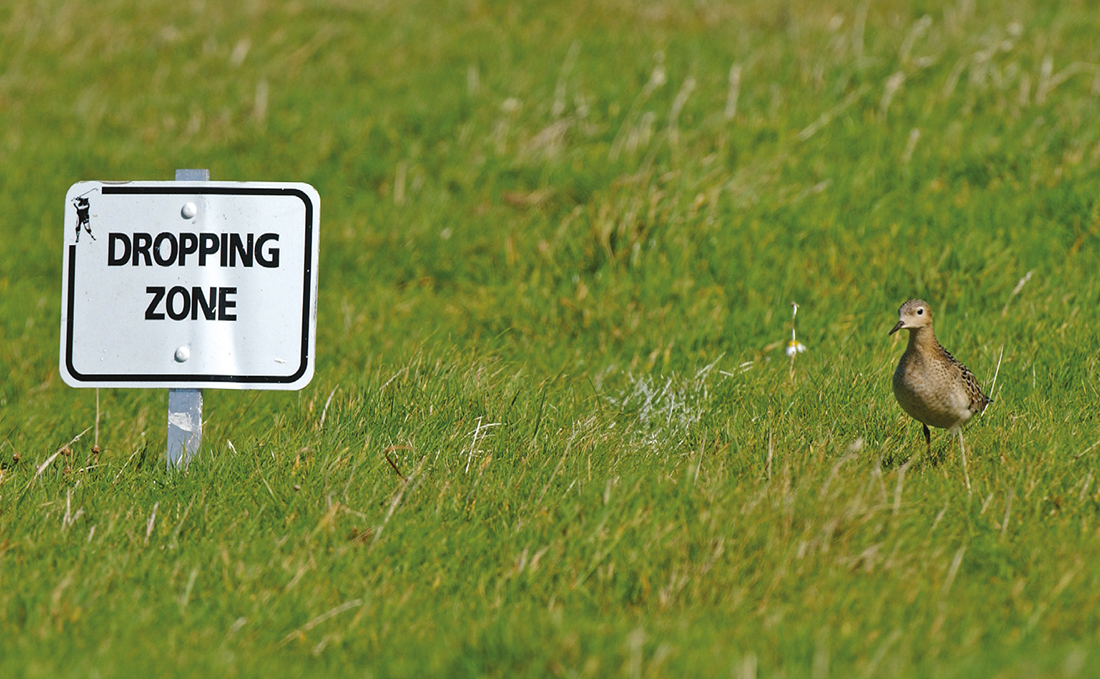 Scilly is a well-known rarity hot-spot, providing regular landfall for rare birds, from expected vagrants such as Buff-breasted Sandpiper to far rarer species from around the globe.

Rare birds show abnormal migratory behaviour. They end up going to places that other members of their population do not. At first glance, this kind of abnormality may be passed off as benign or simply intriguing. However, take a closer look and these rare birds might actually represent something a bit more special. They may be explorers, scouts and spies, checking beyond their own territories and looking for new areas to colonise. They have no idea that they are doing it; they are unwitting individuals simply trying to survive, following urges within them.

These urges may be a result of sickness, genetic variation or simply to survive some natural obstacle or event, such as a great storm. The birds have little idea that they are potentially forging new migration routes and establishing new population ranges. From their point of view they are presumably lost and confused. Hopefully that does not go for the readers of this article!