The Omani Owl: a completely new owl species is discovered in Arabia

A new species of owl — completely new to science — has been discovered in a remote mountain range in Oman. The bird is being named the Omani Owl, and details of its discovery are being published today in the highly-respected ornithological journal, Dutch Birding. The owl was first noticed in March this year when it called while researchers were making sound recordings of another species. Sound-recordist and author Magnus Robb heard a call so unlike anything he knew that the adrenalin started to rush through his veins immediately.

"I was recording a species I know well, when I noticed some faint owl-like hooting in the background with a rhythm I had never heard before. My colleague René Pop and I tried in vain to find the mystery bird again the next night, but it was only on the last night of our trip that we heard it again. We had to leave for the airport with the unseen owl hooting up on a cliff."

Robb and his team are currently writing their fifth title in the Sound Approach series aptly named 'Undiscovered Owls'. As such, a month later, he was back in the mountains, this time accompanied by Sound Approach colleague Arnoud B van den Berg. "Tracking it down again wasn't easy" said Robb, "This owl inhabits vertical terrain and its voice is difficult to hear. Worse still, in April the bird was virtually silent. Eventually we heard one. What a relief to actually glimpse it perched on a rock, confirming that this was indeed an owl and looked like nothing we had seen before." 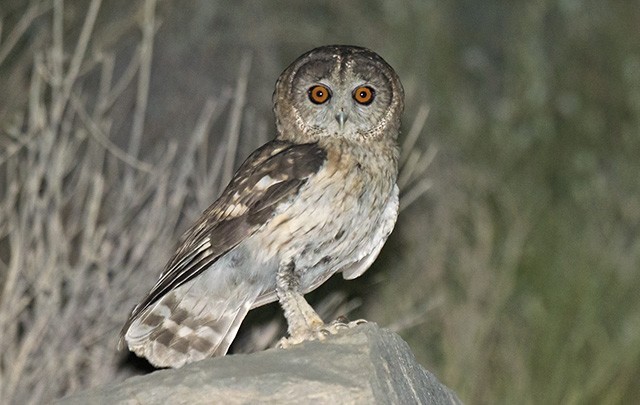 In May and July the Sound Approach team made two more research trips to look for new individuals, gather photographs and sound recordings, and observe behaviour. After critical analysis, they are thrilled to conclude this is indeed a new owl for science, and the first bird species to be discovered in Arabia for 77 years.

"It seems unimaginable that this owl could have led a secret existence until now, but I was in a remote location and I guess not many people have thought to go there at night" said Robb. 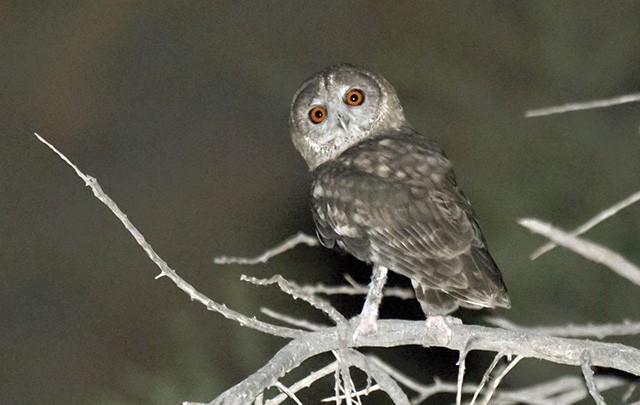 The Omani Owl's name is a tribute to Oman and its people. Rob explained: "We wanted a name that fitted with the owl's home and its heritage. We would like to think that this owl might become a focus for national pride. With only six individuals located so far, this owl needs all the protection it can get."

The Sound Approach team plans to continue its studies of the Omani Owl in co-operation with the Omani nature conservation authorities.

More on the discovery, including further photos and sound recordings of the owls, can be found on the Sound Approach website.