From small dreams of local action for threatened birds, bigger projects can grow! In 2015 our group of local naturalists, birders and conservationists decided to form the North Yorkshire Turtle Dove Project. Our vision was to collect accurate population and distribution data within the Great Yorkshire Forest as quickly as possible with a view to using the results to help this very special bird. We were a small group of dedicated volunteers with no real idea of how our dreams could grow so quickly …

Only a year later our success led to a new Heritage Lottery (HLF) funded project. A strong partnership was forged between North York Moors National Park (NYMNP), Forestry Commission (FC), North and East Yorkshire Ecological Data Centre (NEYEDC), Howardian Hills Area of Outstanding Natural Beauty (AONB), Royal Society for the Protection of Birds (RSPB) and Scarborough Borough Council (SBC). The project area now covers a total of 100,000 hectares of land from Scarborough to Helmsley and down beyond Ampleforth in the AONB. 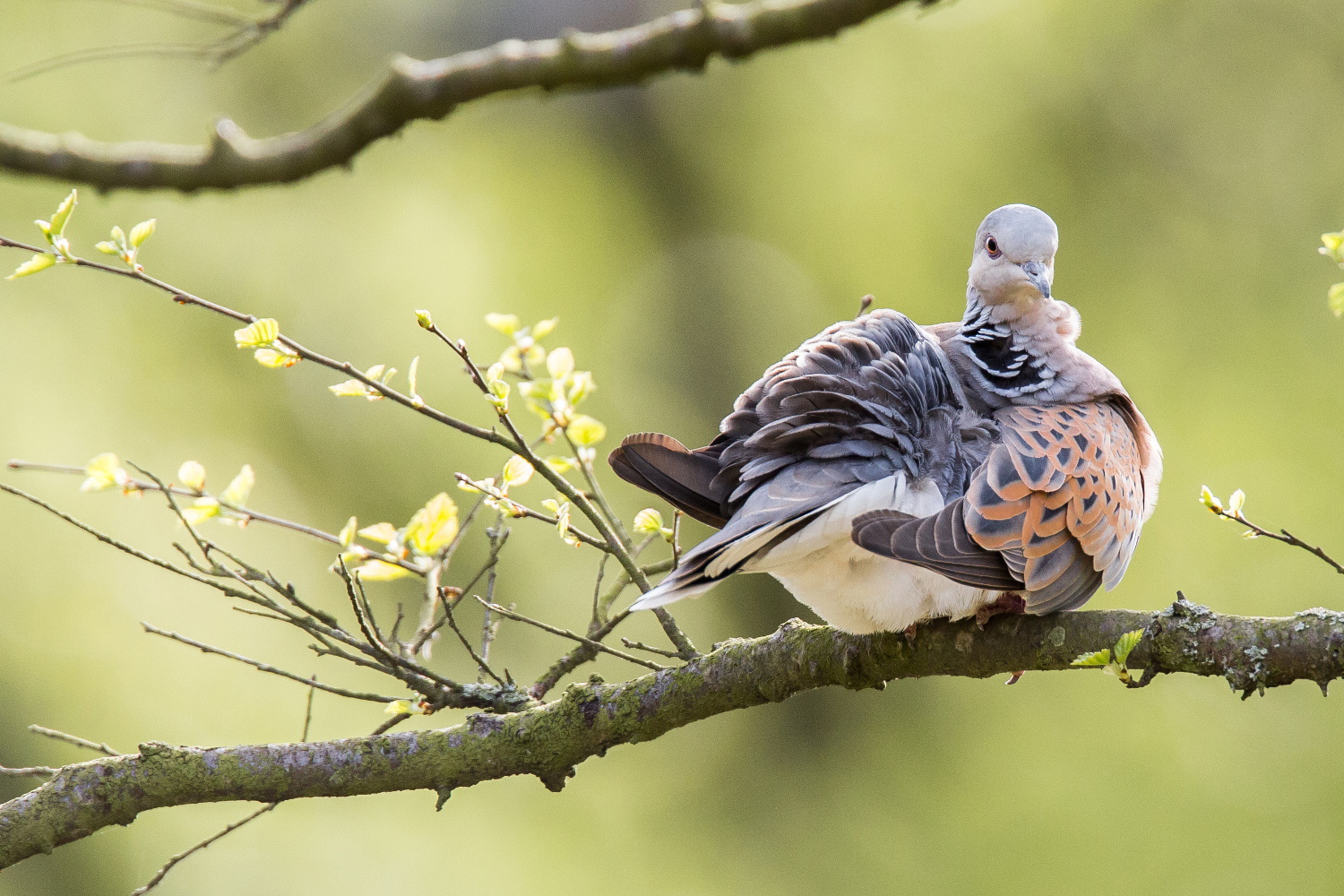 Having declined by 91 per cent since 1995, European Turtle Dove is at severe risk of becoming extirpated from Britain (Richard Bennett).

Our formal European Turtle Dove surveys started in 2016, with 28 volunteers in the forest at dawn. I was worried that the start time would put people off but quite the opposite happened, as everyone loved being out in the forest at dawn and it created a great opportunity for birding, with species such as Long-eared Owl and European Nightjar seen by some volunteers.

In 2017 and 2018 we continued to collect data from more formal surveys covering new areas as well as collating as many additional records as we could find. The results now show over 250 birds reported to the project in each year. From the totals we estimate a minimum of 50 breeding pairs within the project area. In the rest of the north of England there may now be fewer than 50 pairs left which, is a good indication of how important our project area is but also how relatively isolated the population is. We have covered 280 km² over the three years of formal surveys and have 60 volunteers involved in the project. 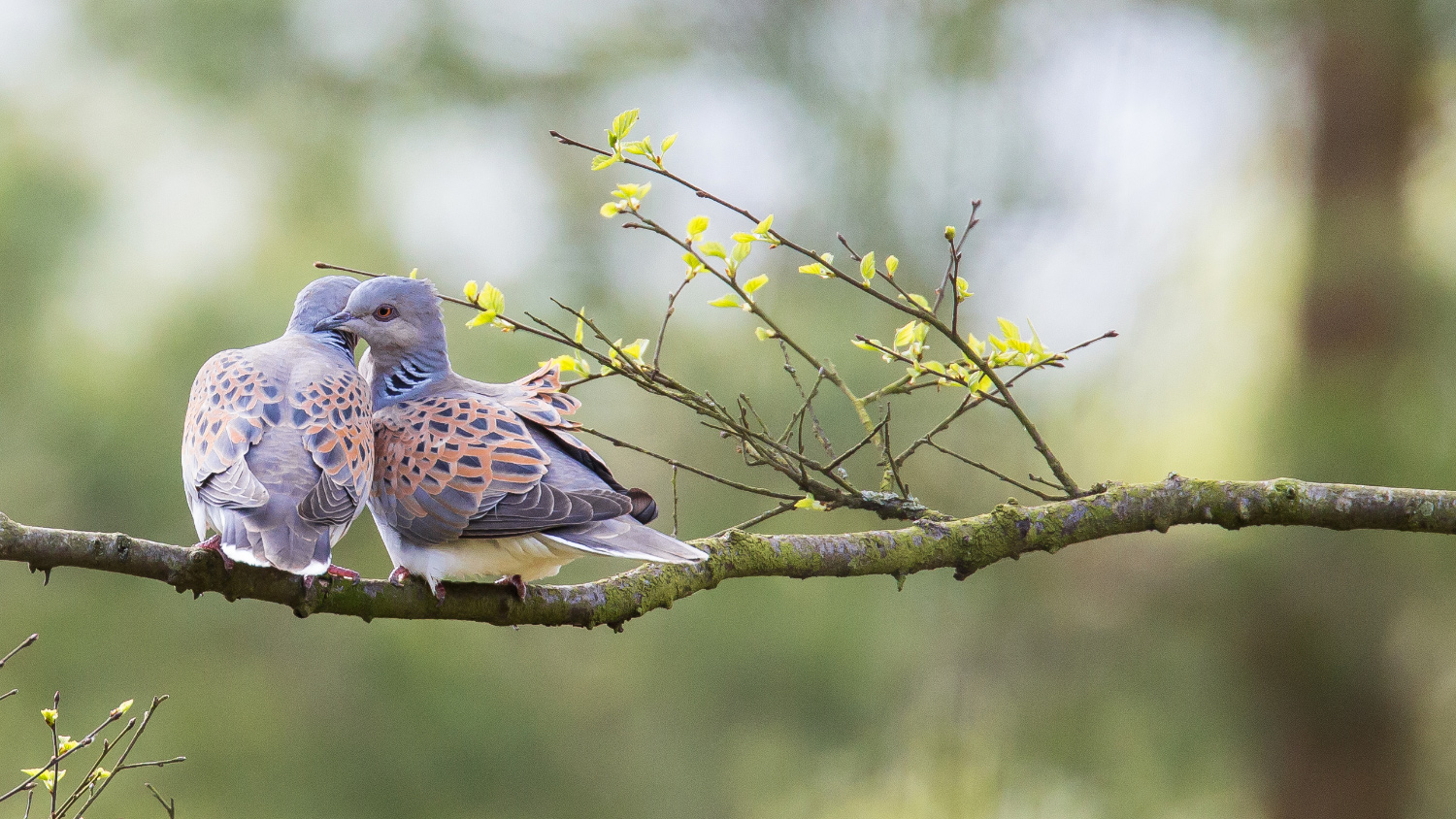 From the very beginning our focus was to help European Turtle Doves by creating new habitat. In 2017 we got our wish as we launched a new North Yorkshire Turtle Dove grant. This unique land management scheme now provides annual funds for land managers to sow and care for a flower mix over six years, focusing on land within our project area. The results of the volunteer-led surveys have enabled us to target our conservation efforts to the most important areas, using detailed data to show the closest turtle doves to each farm. This autumn we have sown 5.5 hectares over 17 plots on nine farms – a total which we hope will grow over the coming years. This new habitat is not only good news for turtle doves as it will also provide benefit for other farmland birds and pollinators.

The HLF fund has also enabled us to start tackling additional habitat issues such as nesting habitat and water availability. Our first community nature reserve at Sawdon has a new turtle dove flower plot, nesting habitat and an old dew pond which we hope will provide a future water source. Our first Turtle Dove Farmers Network meeting was held on 15 November 2018 and we are now communicating with 52 farmers. 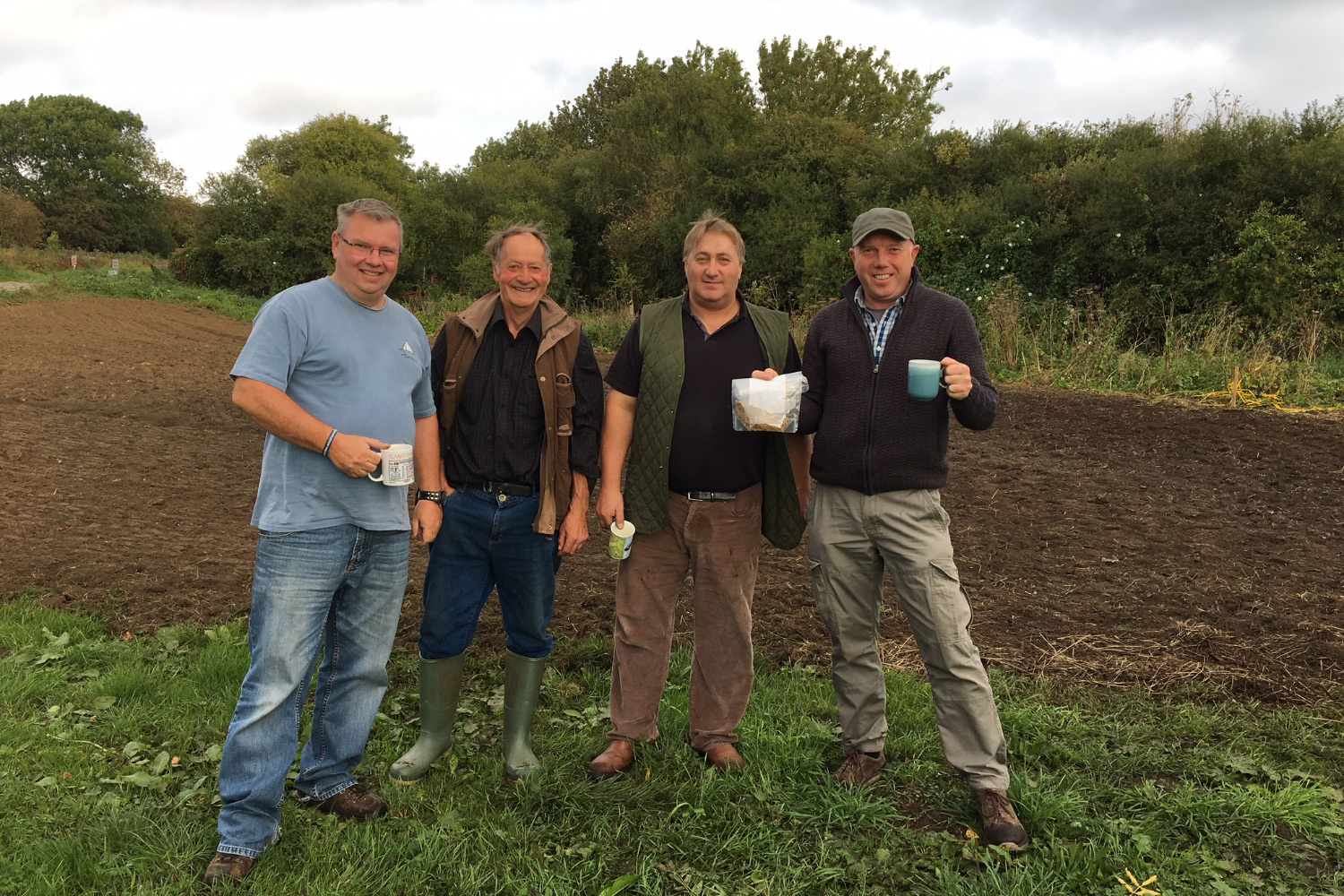 Richard Baines (right) and the Sawdon Community Group pose while sowing a new flower plot, which it is hoped will benefit European Turtle Doves.

It certainly feels like we have achieved a lot in a very short time. However, the key question remains: will our work help save turtle doves? Maybe we are too late … conservation action is quicker now than ever before, but we still feel that if we started this project 25 years ago we may have had an even better chance to save a species. This is a lesson we all need to learn from and focus more on conserving common birds while they are still numerous. There are however many other factors leading to the decline of turtle doves, such as unsustainable hunting on the Mediterranean flyway. We need a three pronged approach: concerted effort on political advocacy at a top level and direct action on the ground to tackle illegal hunting, through to conservation efforts in the UK to provide more and better habitat.

If you have a farm, or are in control of land, big or small within the eastern part of North Yorkshire and you have an area which could be managed to improve feeding and/or nesting habitat we would like to hear from you. Equally if you are birding in North Yorkshire next year and see a European Turtle Dove, please get in touch with the number of birds, precise location and date. Please email us at conservation@northyorkmoors.org.uk or phone the National Park office at 01439 772700.