The hawk has landed: how birds touch down safely

Researchers at the University of Oxford have found that hawks control their flight to ensure the safest landing conditions when perching, even if it takes longer and more energy to do so.

In new research published in Nature, four Harris's Hawks wearing tiny retroreflective markers were tracked flying back and forth between two perches. Their precise movements were recorded by 20 motion capture cameras positioned around the room, allowing the research team to reconstruct their flight paths on over 1,500 flights. The research team then used computer simulations to understand why the birds chose their particular path to the perch. 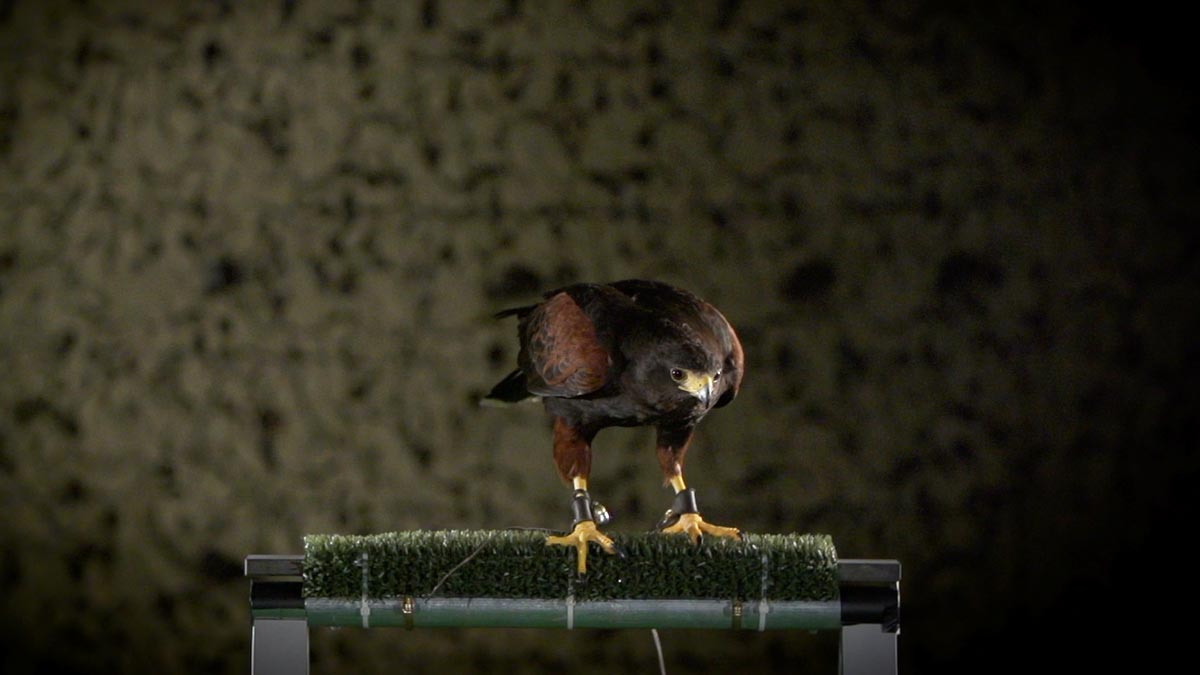 The flight paths of four Harris's Hawks were studied for the research (Angel Sharp Media).

Aircraft have the luxury of using a runway for braking after landing to reduce speed. In contrast, birds must brake before they arrive at the perch – however slowing down to a safe speed while in flight risks stall, leading to a sudden loss of flight control. The researchers discovered that the hawks follow a flight path that slows them down to a safe speed but minimises the distance from the perch at which they stall.

To minimise stall, the hawks dived downwards while flapping, before spreading their wings into a gliding posture as they swooped up to the perch. By selecting just the right speed and position from which to swoop up to the perch, the birds were already within grabbing distance of the perch when they stalled, keeping their landings as safe and controllable as possible.

Co-lead author Dr Lydia France, from the University of Oxford's Department of Biology, said: "We found that our birds weren't optimising either the time or energy spent, so their swooping trajectories were neither the shortest nor cheapest options for getting from A to B. Instead, our birds were reducing the distance from the perch at which they stalled and were even better at limiting stall than our simplified computer model."

Her colleague, Dr Marco KleinHeerenbrink, added: "The three juvenile birds flew directly between the perches by flapping for the first few flights of their familiarisation period but soon adopted the indirect swooping behaviour characteristic of experienced birds." 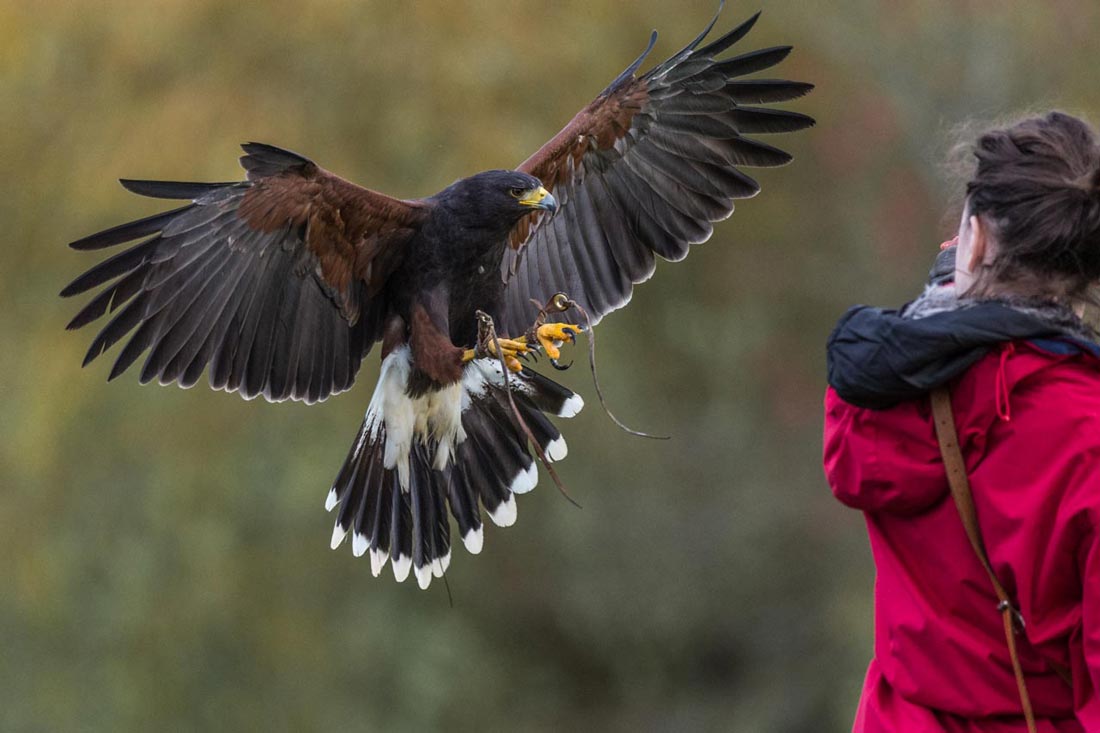 Researchers monitored the flight path and action of the hawks (Rob Bullingham).

Landing is a critical manoeuvre, and stalling has been the cause of many aircraft accidents. Looking at birds and asking how they solve the problem of safe landing might help us find new bioinspired design solutions for our own technologies, including small aircraft capable of perching like birds.

Understanding how birds learn complex motor tasks like landing might also help improve artificial intelligence (AI). When aircraft engineers use computers to solve the problem of perching using a trial-and-error approach to refine the data, it can take tens of hundreds of hours to find an answer. Yet, hawks find an optimised solution over a handful of flights, showing the gap that still exists between natural and artificial intelligence.

"Motion capture technology has allowed us to analyse thousands of flights at a time, tackling questions that we never could have done before. Looking forward, this opens the tantalising possibility of understanding how animals learn complex motor tasks, like learning to fly, and of revolutionising how robotic systems can do the same," said senior author Professor Graham Taylor.