The early bird catches the worm

Do you feed your garden birds? Are you willing to get up early in the name of science? If so, the British Trust for Ornithology (BTO) needs your help on 9th January to determine whether light pollution affects the feeding behaviour of our garden birds on winter mornings.

A long, cold winter's night can be a precarious time for a small garden bird. They can lose a significant proportion of their body weight trying to keep warm and therefore need to 'refuel' as soon as possible the next morning in order to replenish lost energy reserves. This can be seen in a peak of feeding early in the morning by a wide range of species. 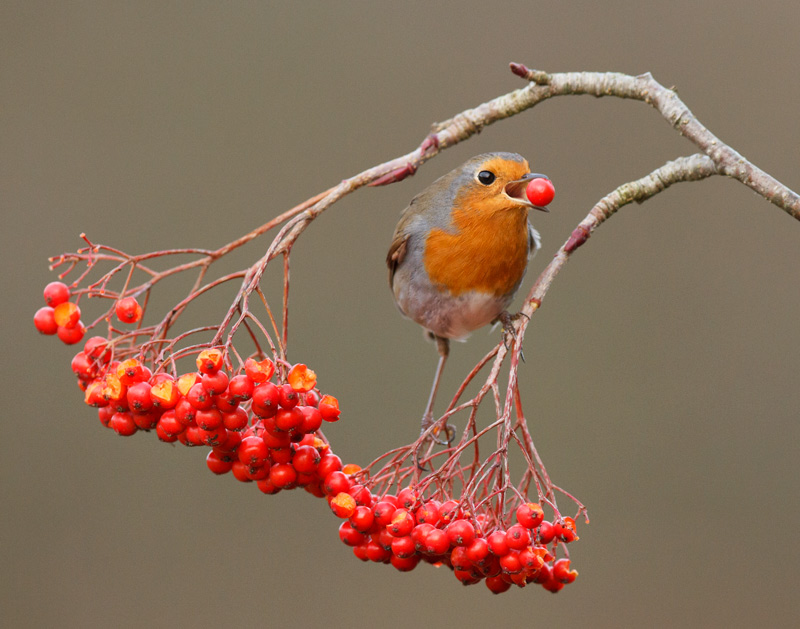 Robin is a species traditionally heard singing at night, and is often one of the earliest to rise in the mornings (Photo: John Barlow)

This peak is especially evident in our gardens, which provide winter havens for our birds. Around half of all British householders are thought to feed their birds, providing an important resource when food is scarce in the wider countryside. This reliable resource gives us a chance to understand how the nature of the surrounding habitat can affect the feeding behaviour of birds.

In 2004, the BTO's Shortest Day Survey revealed that urban birds could afford to get up later than their rural counterparts due to increased temperatures in towns and cities. However, in studies elsewhere in the world, light pollution has been shown to have an important effect on the behaviour of birds. The BTO wants to investigate this relationship through the 'Early Bird Survey', which will run on Thursday 9th January 2014.

Clare Simm from the BTO's Garden Ecology Team said: "Our 2004 survey attracted somewhere in the region of 6,000 people, all willing to get up before dawn and record the activity in their gardens. If you can identify common garden birds and are willing to get up a little earlier than usual on 9th January then please take part. By contributing to this survey, you'll be contributing to important research that can help us understand the effect that urbanisation is having on our birds. They say that the early bird catches the worm but for this survey we need early birdwatchers to help us!"

Details on the early bird survey can be found at www.bto.org/earlybird.