The Chestnut Bunting on Papa Westray

After lengthy online discussion, a bunting seen on Papa Westray, Orkney, on Monday and Tuesday of this week is now widely considered to be a Chestnut Bunting. Finder Julian Branscombe explains the circumstances of the bird's discovery:

"Mid-morning on Monday 19 October, Michael Schott and I flushed a bunting from long grass near a pile of dead weeds in the walled garden at Holland, Papa Westray. The bird flew from about 5 metres in front of us and up into the nearby sycamores, calling two or three times. I immediately thought we had a rare bunting (hope springs eternal!). MS could see it in the sparse foliage of the sycamore, and it took an exasperating minute for me to pick it out, before it took off and flew straight out of the garden to the south.

"MS commented that he could see a considerable yellowish wash on the underparts, especially the belly. When I got onto it, I could see the strongly chestnut-brown rump with thick black streaks on the uppertail coverts. It was a generally brownish-grey bird above (albeit with some chestnut on the crown) with brownish flanks with extensive streaking — most of these streaks being smudgy, but becoming more 'pencilled' towards the belly. With memories of a grey/brown bunting on Papay in October 2014, which soon proved to show yellow patches on its belly and throat, we agreed that it must be another Yellowhammer.

"Later that day we checked the garden again and the bunting reappeared, landing briefly on an old harrow, when two photos were taken. It flew off to the other end of the garden and dived into the weedy area where rhubarb grows earlier in the year, but it didn't show again — an effort to creep up on it led to it flying off, calling once, without us obtaining any further views.

"The following day, when walking down the road past the garden, we heard similar calls and saw a small bird with a finch/bunting flight flying in from some height (c.50 metres) and coming down to clear the high wall of the garden. After 10 minutes of searching around the walled garden, we saw the bird in the docks under the patch of sycamores (two further photos taken, only one in focus) before it vanished again." 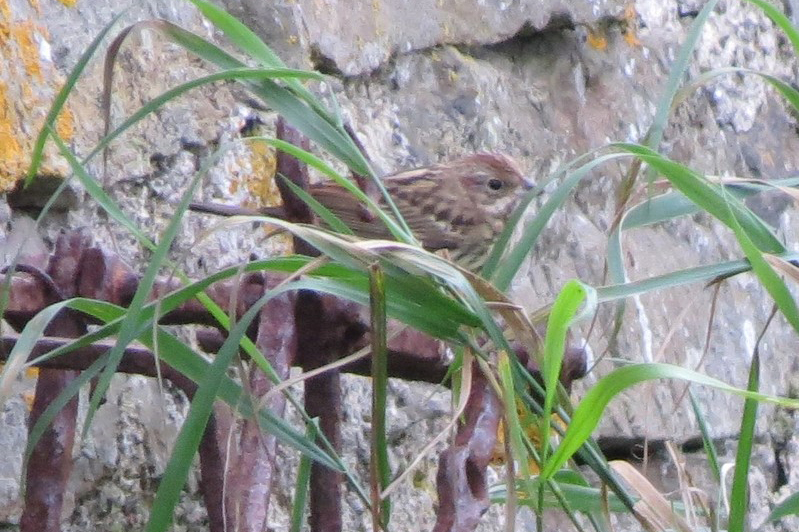 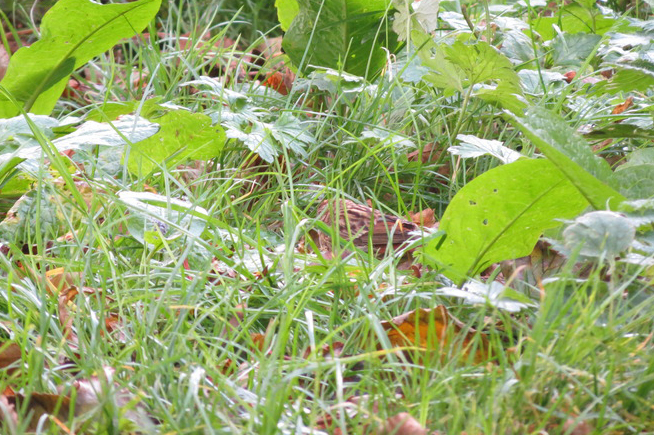 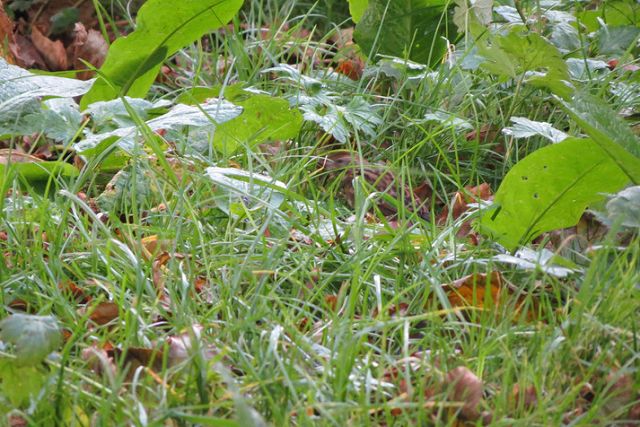 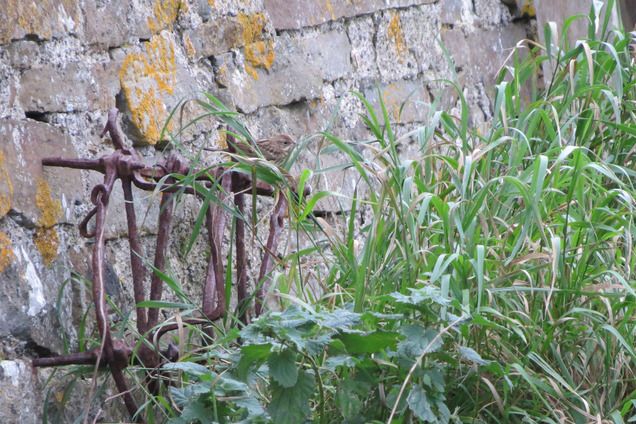 Chestnut Bunting currently sits on Category E of the British List with a number of previous records, from both spring and autumn, presently considered as escapes from captivity.

However, there are nine accepted Western Palearctic records, all occurring between late September and mid-November. Recent occurrences include birds in Finland in September–October 2002, Norway in October 2010, Hungary in September 2011 and France in October 2009 and October 2014. These illustrate enough of a pattern to suggest that birds are occurring in an apparently wild state in Northern and Western Europe in autumn, in a similar manner to other Far Eastern species such as Chestnut-eared, Black-faced and Yellow-browed buntings.

The Papa Westray bird fits perfectly in to the established pattern of accepted Chestnut Bunting records in the Western Palearctic, and there is no reason to suspect it is anything other than a wild bird. It therefore potentially represents the first record of this species for Britain.