Much has been written on the connections between mental health and the natural world, and the benefits to our overall wellbeing from spending time in nature are widely acknowledged. Many esteemed naturalists over the years have battled with mental illness and found solace in their love of the outdoors and several, from Bill Oddie to Richard Mabey, have written about it. Perhaps not so well explored, though, are the mental health aspects of our own particular field of nature study.

Birding for many people, myself included, is about finding a deeper connection with birds, observing and understanding them and their behaviours; but it's also without doubt a form of escapism. For the time we are out birding, we largely feel free and at peace, whether alone or with friends. With our eyes to our optics, we step outside ourselves and peer through a window into another world, becoming immersed in the lives of creatures entirely separate to our own. These birds live alongside us every day, but are so completely detached from the worries or pressures we humans face.

I know I am not alone in feeling like an early morning visit to the patch is akin to starting the day with a meditation or prayer, depending on your beliefs. It is a way to set you mind at rest and to prepare yourself for whatever else the day may throw at you. Similarly, an afternoon or evening visit can have a very calming and resetting effect after a stressful day. 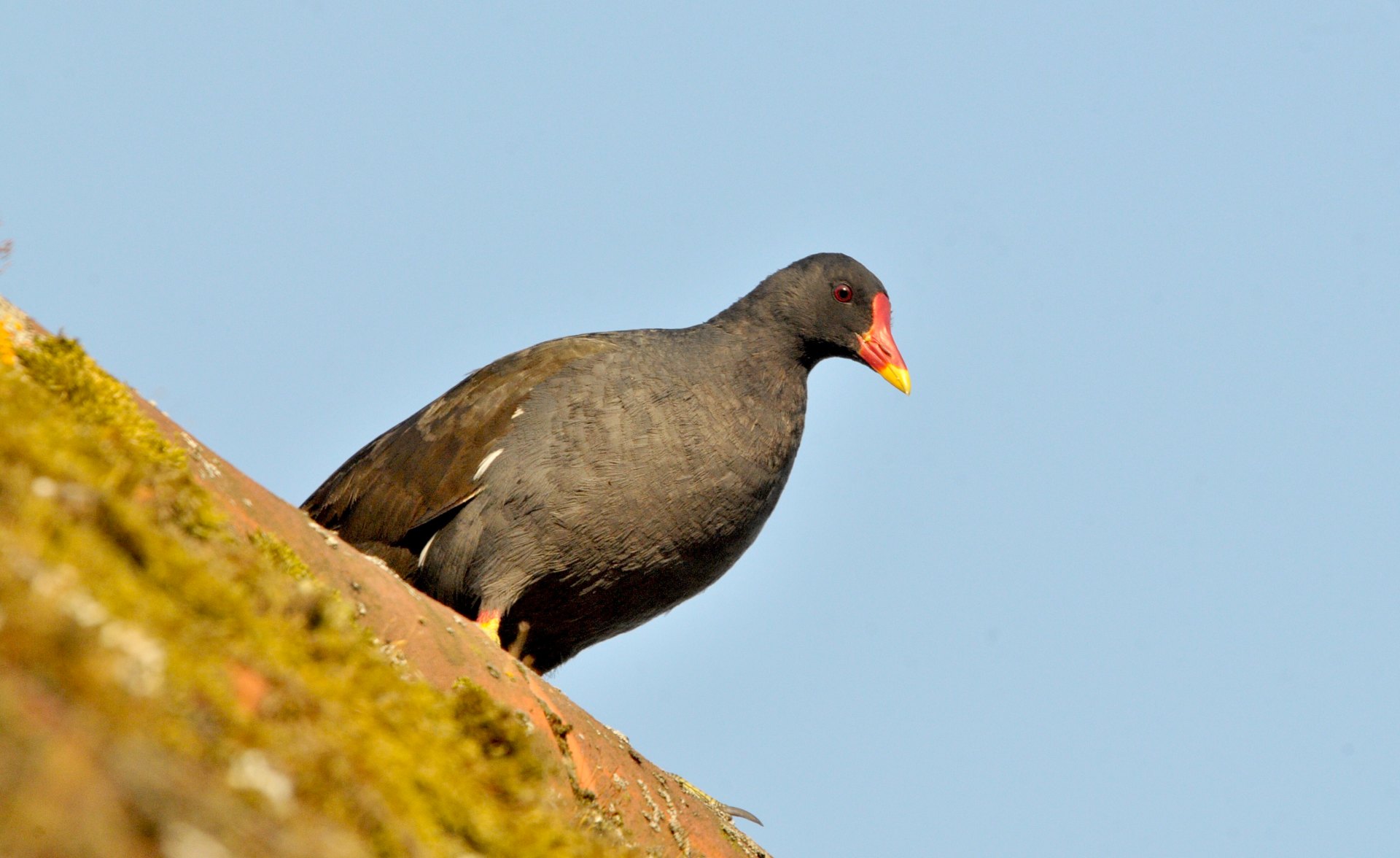 Despite some mental health challenges, the author did hit his 150 local patch target for 2021 (Matt Phelps).

As someone who has suffered from anxiety and depression at various stages of my life, I can confidentally say that my love of  the outdoors, and birds in particular, has helped me through some pretty tough times. Joe Harkness is one of many birders who have found valuable sanctuary in the pastime, as documented in his 2019 book Bird Therapy. In Joe's case and, I dare say, in that of many others, it is no exaggeration to say that birding has saved lives.

I wanted to acknowledge Joe's work here as there are undoubtedly some crossover themes in what I'm writing; but I wanted to add my own take on both the positive and negative potential that birding can offer in terms of mental health. I can still vividly remember my own epiphanic moment when my eyes opened to the restorative power of birding. I have nurtured a keen interest in birds, and nature more generally, since I was a boy, but this waned somewhat in early adulthood, as so often seems to be the case.

It was when I was at a particular emotional low point in my late twenties that a walk with a friend saw us stumble across a male Eurasian Bullfinch in a birch tree, glowing in the autumn sunshine. I was so removed from birding at that point in my life that I didn't even have binoculars with me, but my friend offered me a look through his. As I took in the rich beauty of  the pink-red breast set against the remaining golden birch leaves and a crisp blue sky, I felt a reawakening of something inside.

What happens, though, when the escape – our hobby – becomes a source of stress and anxiety in itself ? What happens if we find ourselves feeling demoralised by it all, or even losing the will to go birding at all?

Like many pastimes, birding gives us focus, and is driven by passion and avidity which can sometimes verge into obsession or infatuation. There can be much in the way of perceived pressure: to rack up big year lists, patch lists, life lists and so on, to see the latest mega, or to find your own rares and megas. Sometimes it seems as though our peers are out there finding everything, while we are stuck in a rut of bad luck. All these fears and stresses can be exacerbated by social media which, while excellent for sharing information with friends and followers, can undoubtedly also fan the flames of anxiety and negative thought patterns. 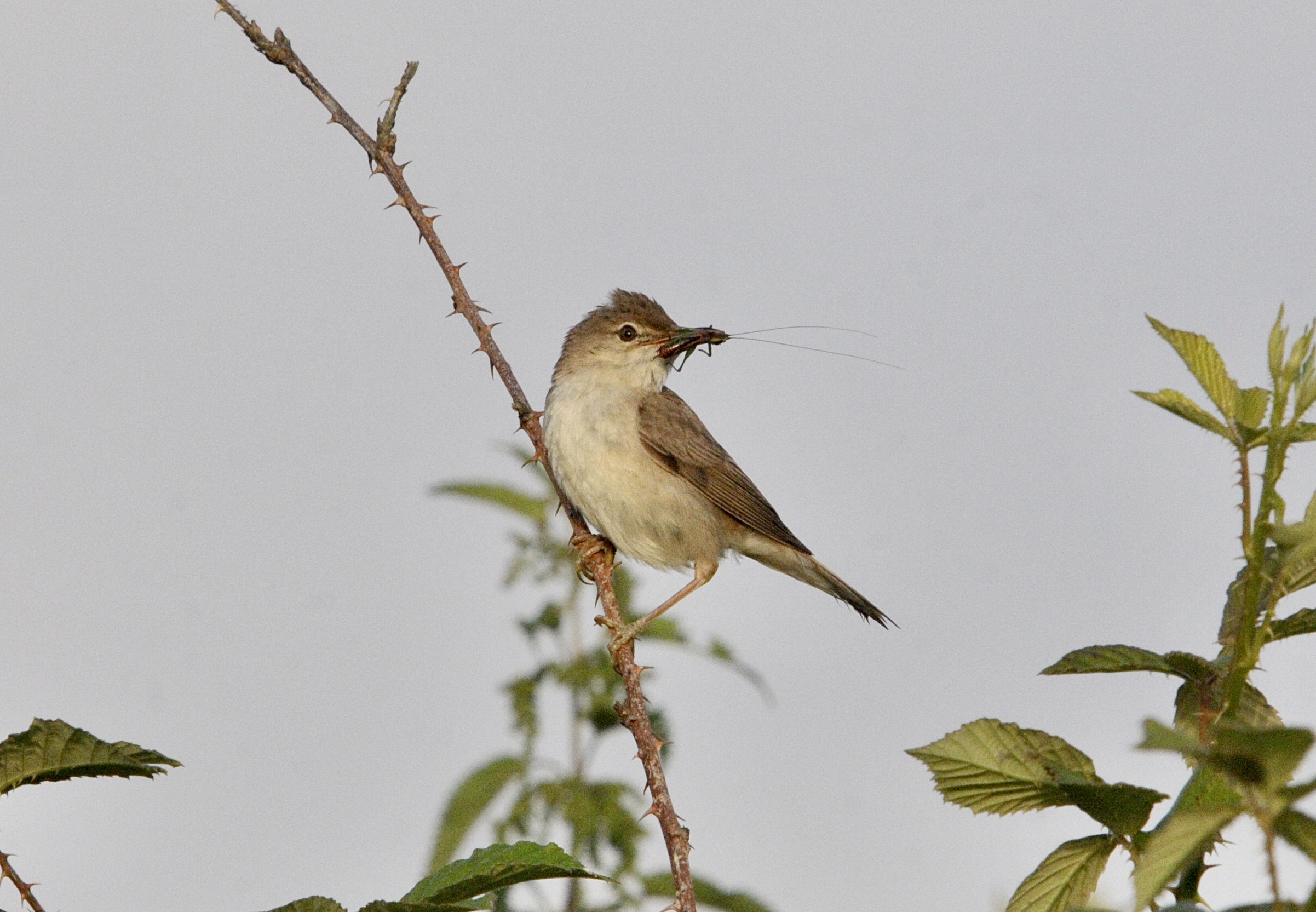 Resetting your birding to appreciate common birds like Reed Warbler can be a good way to head off the birding blues (Matt Phelps).

It would be unfair to dismiss such things as trivial or simply 'first world problems.' Everyone chooses their own path in birding, be it racking up a big year list or life list or simply trying to find a good bird on their local patch. The relative merits or otherwise of any chosen path within birding have been widely discussed elsewhere and are not something I'll focus on here. The fact is, though, that many of us invest a lot of time and energy into our pastime, and the emotions that can sometimes result can be hard to deal with, especially for anyone already prone to bouts of mental illness.

I've always been a keen patchbirder, and after several near misses, I decided 2021 would be the year I hit 150 for my Pulborough Brooks, West Sussex, year list for the first time. I made plans for what species I might find in various areas of the patch and which ones I would be particularly aiming for at certain times of year. I gleefully racked up the ticks for the first six months or so, despite a relatively poor spring. Then the hard work started, as late summer and early August proved to be a bit of  a drought, bird-wise.

My main source of anxiety came not just from my ambition of reaching my target, but also from an increasing feeling that all the 'good' birds were being found by other people. I've been patchwatching the same area for four years now and had many exciting finds in that time, including several site firsts. It seemed something of a cruel irony then that in 2021, when I had so determinedly set about hitting this mythical year-list target, my ability to find scarcities or rarities would ebb away, or so I felt.

It's not all about finding unusual things, as previously mentioned, but in my experience, it can start to feel like you're losing your edge when you go through one of these quiet times – especially when you have invested so much time in visiting a place regularly, only to be gripped off by someone else later in the day. 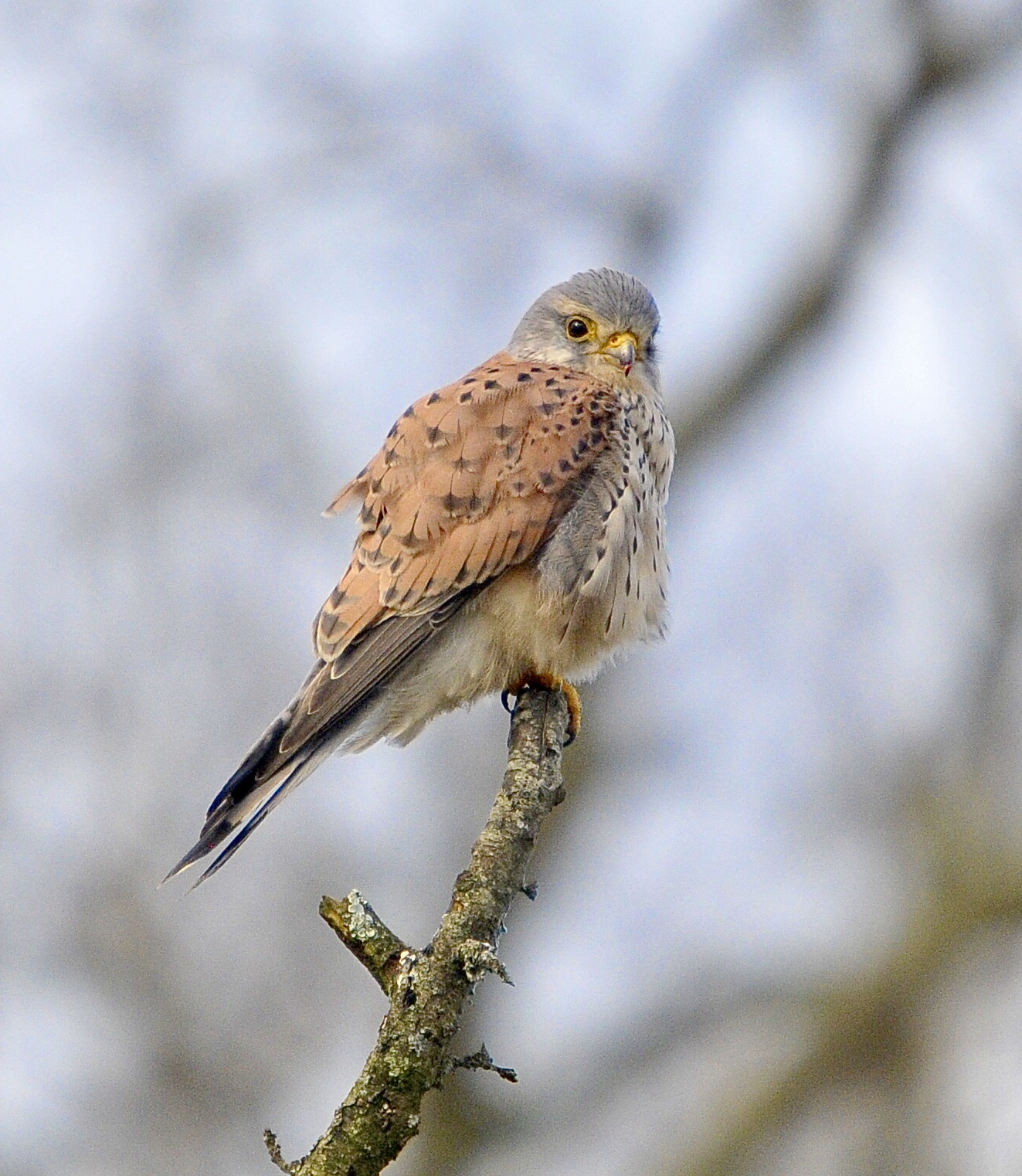 Finding a regular species, such as Common Kestrel, on your local patch should be something to enjoy, but social media can make it seem like everyone else is finding megas (Matt Phelps).

I have allowed the frustration of missing a patch tick to really ruin what would otherwise have been a good day and affect my general mood around friends and family, which isn't healthy at all. What's more, these kind of negative thought processes can become self-fulfilling and affect one's enjoyment and feeling of 'success' in the field. My ambition and optimism for hitting my target total for 2021 ended up triggering a crisis of confidence, self-doubt and imposter syndrome.

Despite this, I'm pleased to say I comfortably surpassed 150 in the end, but not before I teetered rather closer than I would've liked to the brink of total birding fatigue. I'm sure we've all heard stories of patchwatchers driven to the point of exasperation by their dedication to the list, but I'm glad I managed to recognise the feelings as they were rearing their collective head and ride out this particular wave – and rediscover my love for my chosen pastime.

Once I reached my target and took my foot off the accelerator a little, I found I learned to enjoy birding again; a lot more in fact. I branched out to other favourite sites, caught up with friends I'd not seen for a while, explored a few unknown local spots and generally became a bit more varied in my birding habits. I also became in a father in October which inevitably made me reassess my priorities.

Looking ahead to 2022, I plan to enjoy birding when I can get out and am keen to visit some less well-known patches of local habitat. I'm excited to start vis-migging at a nearby site and seeing what scarce species I can find breeding close to home.

One of the wonderful things about birding as a pastime is that it can be done anywhere, anytime, alone or with others. I've had equally rewarding birding experiences in an airport taxi rank or a motorway services as I have at some well-known reserves and hot-spots. 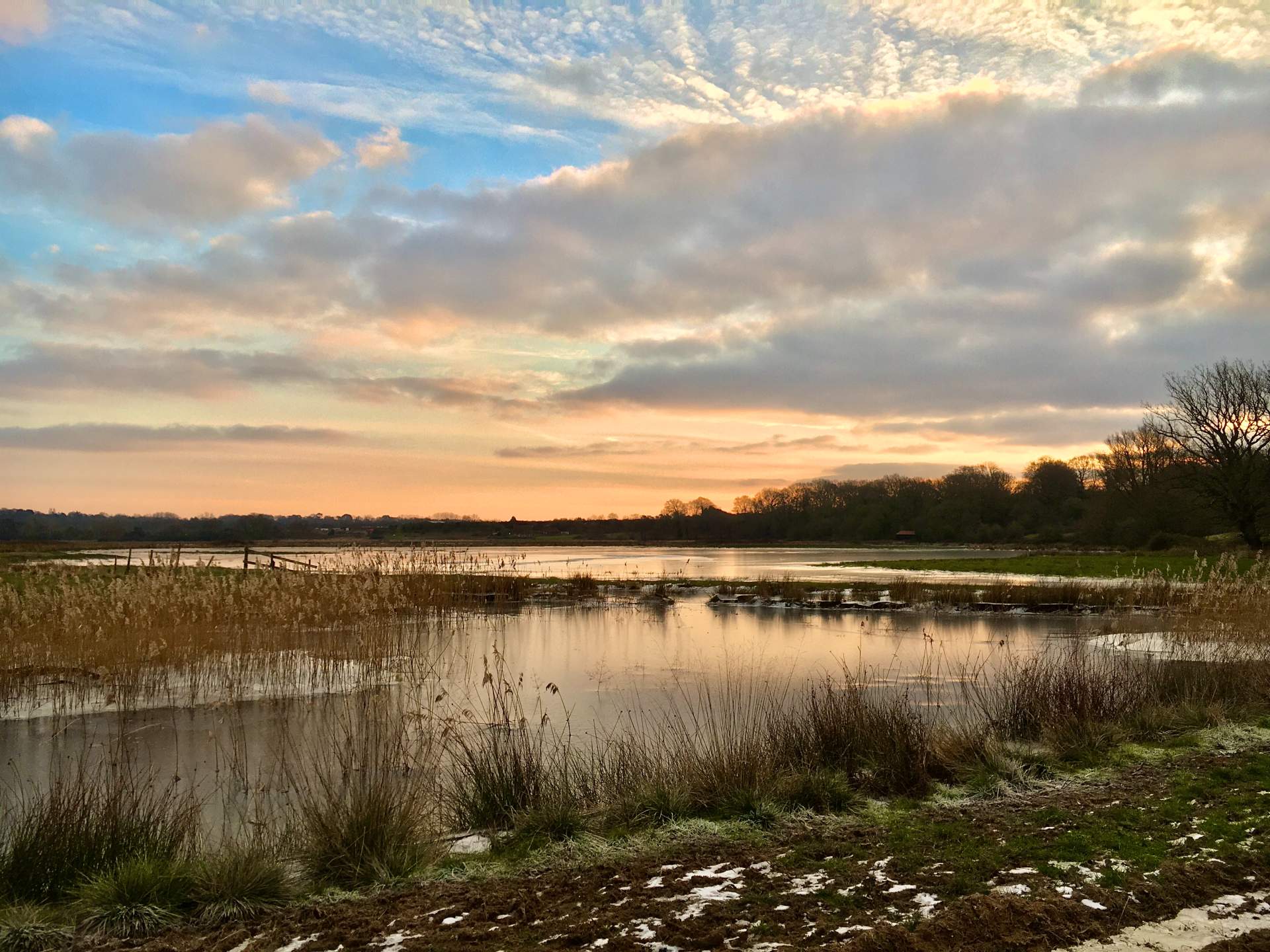 An intense year of patchwatching at Pulborough Brooks, West Sussex, during 2021 burned the author out (Matt Phelps).

I know for the sake of my own mental health that balance is the key. While it might work for some, my own experience in 2021 is that hitting the same place every single day, often on my own, didn't really help with nurturing a positive frame of mind. I'll always have a strong connection to my patch, but sometimes a slight break can do the world of good.

Don't underestimate the power of change; just a day's session somewhere different, with a different group of  people can really work wonders and reset your birding mojo. Try to remember what it was that made you love birding in the first place and set about making plans to reconnect with that simple joy. And go easy on yourself – it is just a hobby after all!