A new study has found that more than two-thirds of tracked Tawny Pipits carried out their migrations at night – in contrast to the traditional belief that the species is a typical diurnal migrant.

The research, published in Avian Biology, looked at activity and barometric pressure tracking with classical light‐level geolocation to examine the migratory behaviour of Tawny Pipits from their Central European breeding grounds. 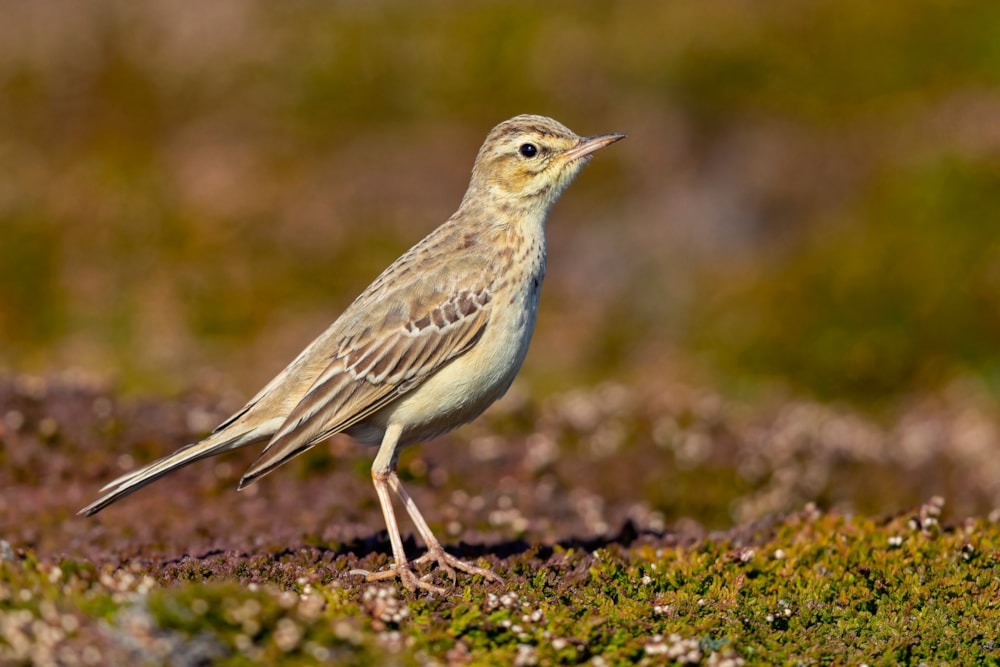 The study on Central European breeding Tawny Pipits found they performed migratory flights at night more often than they did during the day (Marc Read).

On average, the tracked pipits would use up to 10 different stop-off sites during their 5,000 km, six-week autumn migration to West African wintering grounds – rather typical of 'hop-type' migratory flights undertaken by songbirds. The ratio of flight time versus stop-off duration was 1:6.5.

While most of the birds undertook these journeys at night, the departure times were variable – spread across the entire night, depending on the individual – while landing usually occurred within the first few hours after sunrise. As a result, there was little link between departure time relative to sunset and the duration of the flight.

The most common length of flight was up to two hours; the median flight duration was 4.5 hours. Perhaps unsurprisingly, the study found that the longer the nocturnal flight, the higher the altitude the bird would fly at – this could be as much as two times higher than flights undertaken during the day.

While the results match the theoretical model predictions, it has shown that multi-sensor tracking can unveil unprecedented and previously unknown information regarding the full migration of individual birds. If Tawny Pipit, generally perceived as a day-time mover, is in fact migrating more often at night, then perhaps many other presumed diurnal migrants do too.