So you've been out birding, seen some Waxwings, phoned the news to BirdGuides and maybe even have taken some photos. You make a note of the record in your notebook. It's been a good day. 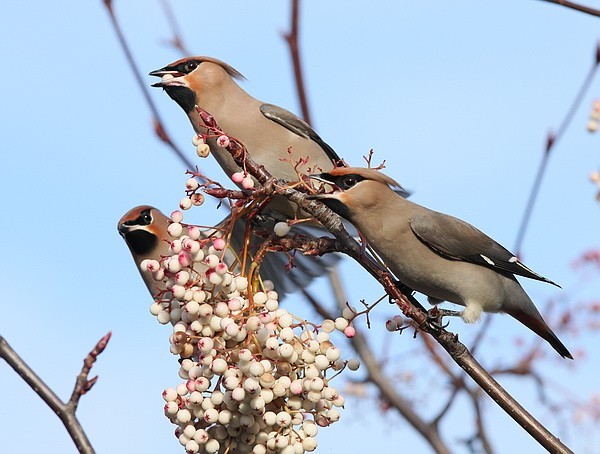 What happens to your record after that? Over the last year, 12,000 birdwatchers have also been submitting their records to the Bird Atlas or BirdTrack websites so that the record can be used in the BTO/BWI/SOC Bird Atlas 2007–11. The aim of the project is to map the distribution and relative abundance of birds in the winter (November–February) and breeding season (April–July) to identify important bird areas, set conservation priorities and better understand processes like climate change. One of the main ways of collecting bird information is via Roving Records. These are simply records of birds wherever you go — just like that flock of Waxwings — and we've already received over one million so far. But are we getting all the records we need? 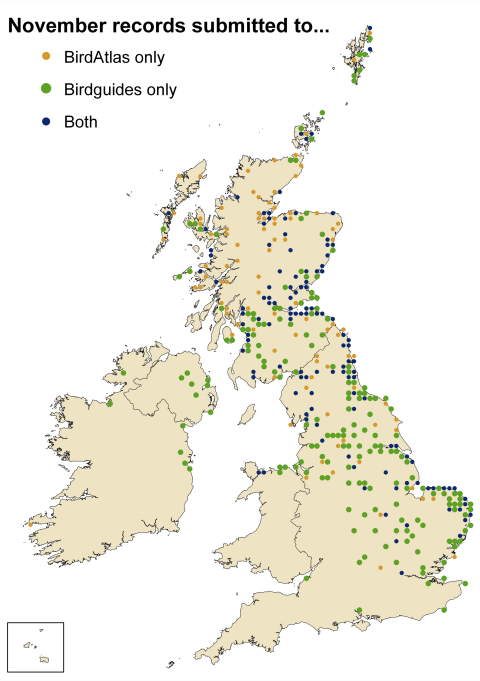 It's not just Waxwings that are of interest to us, it's all the other species you saw on the same day. The Atlas aims to compile a comprehensive species list for every 10-km square in Britain and Ireland and although we are doing really well after just one year, there are still some 10-km squares that have received very little coverage or none at all. In many 10-km squares the very common birds will have been recorded but it's the scarcer species where you can really help plug the gaps. Species like Treecreeper, Nuthatch, Lesser Spotted Woodpecker, Willow Tit, Marsh Tit, Woodcock, owls, Hawfinch and Bullfinch are all under-recorded. The Atlas website allows you to see a 'Square Summary' for the 10-km squares or tetrads that you submit records for so you can see what's missing from the list. If well-watched birds like the Ring-necked Duck at Whitlingham Lake near Norwich haven't made it onto the list yet, what else are we missing?

Once the Atlas is complete, the records don't just sit as dots on maps in a big book. Copies of the dataset are given to the major conservation organisations in Britain and Ireland for use in research and the data are made available (at the appropriate scale for rare and scarce species) for projects ranging from climate change research, assessment of range changes, site protection & site designation through to updating the Red/Amber lists of Birds of Conservation Concern.

Thanks to the BirdGuides team for extracting the Waxwing records for November.
Written by: Dawn Balmer, Atlas Coordinator
Login to leave a comment
Return to List