Take part in the Bird Atlas this breeding season

At this time of year the focus of our birding starts to move away from the winter visitors that are slowly departing, and towards the long-distance migrants arriving from Africa. It's always exciting to see our first Wheatear, Swallow or Little Ringed Plover of the spring and to report these sightings to BirdTrack (www.birdtrack.net). Many of the first spring migrants of the year we see are birds on passage, en route to their breeding grounds. 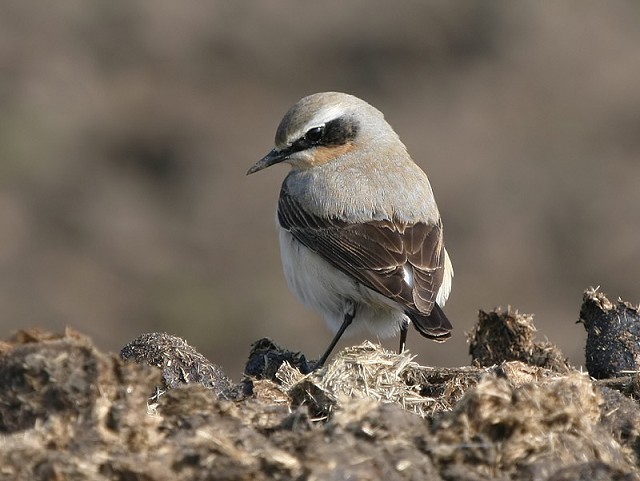 On 1st April we start fieldwork for the second breeding season of the Bird Atlas 2007–11 project. We're aiming to map the distribution of birds at the 10-km-square level across Britain and Ireland and need your help to do this. We got off to a great start in 2008 with good coverage across much of England, Scotland and Wales, but not surprisingly, coverage in Ireland was at a lower level. Atlas workers undertake Timed Tetrad Visits in 2 × 2 km squares (called tetrads) to gather information for the relative abundance maps and collect Roving Records which, together with the species recorded in the timed counts and records from BirdTrack, are used to produce the distribution maps for the Atlas. We need help with both methods this summer, and you can find out where your help is required at the county level here.

In addition to the national atlas, which will be mapping at the 10-km level (or 100-km level for scarce and rare birds), over 40 counties are undertaking their own atlas work and aim to collect records at the tetrad level (see www.bto.org/birdatlas/taking_part/localatlases.htm).

Content continues after advertisements
Wheatear is a one of the earliest migrants to return in spring and a trip to the coast in late March or early April will often produce one or more. Some head straight to their breeding grounds so your first encounter may be on suitable nesting habitat. During the breeding season the key aim of atlas work is to record the breeding status of birds we see. So an obvious migrant on the coast, not in suitable breeding habitat, can be coded as a migrant (M). A bird in suitable nesting habitat (H) or singing (S) in suitable breeding habitat are both signs of possible breeding. As the season progresses we can record signs of probable (such as holding territory, a pair, building a nest) and confirmed (such as occupied nest, adult carrying food for young) breeding. The aim is to record the highest level of breeding status given the evidence we see. You can find out more about breeding evidence here. 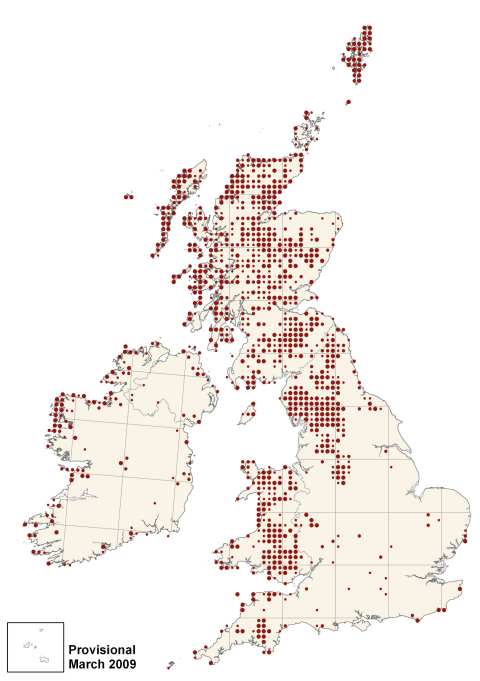 The distribution map from the 2008 breeding season (Figure 1) shows birds recorded from their core range in western and northern England and Scotland, although there are still many gaps to fill in. It's early to draw conclusions from just one season's fieldwork but the map suggests there may be range contraction in the southern part of Britain southeast of a line from the Wash to the Exe estuary. Can you help this breeding season by visiting suitable habitat and checking for Wheatears? Here in the Brecks, Wheatears have been lost from virtually all areas occupied in the last breeding atlas in 1988–91. Little Ringed Plover is a species that has increased in numbers but has it increased much in range? According to the BTO survey in 1984, the estimated population was between 608 and 631 pairs, but the 2007 survey came up with a figure of 1115 pairs. The core range of the species (Figure 2) remains from southeast England, through the Midlands and into the northwest, but there is a suggestion the species has spread further north since the last breeding atlas. Please submit your sightings of birds in breeding locations this year to help make the distribution maps as complete as possible. Records at the 10-km scale are sufficient for the national atlas, although tetrad-level records are preferred for those counties undertaking county-based atlases. 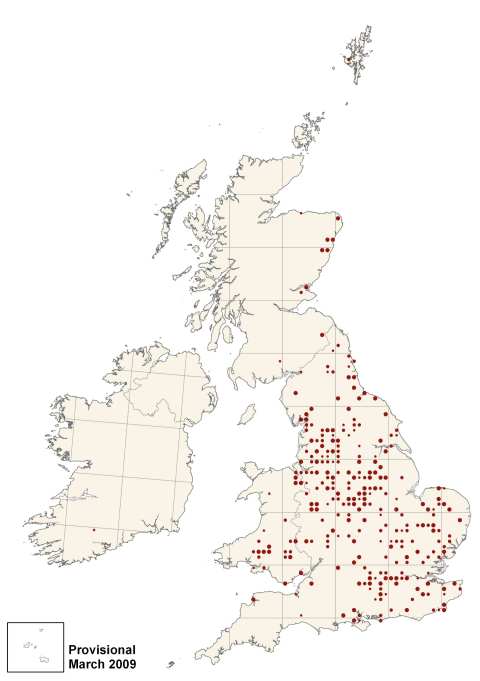 Taking part in the Bird Atlas is simple, rewarding and the recording of breeding evidence adds a new dimension to your birding. Give it a try this summer! If you're planning a holiday to Ireland, Scotland, Wales, Isle of Man, Isles of Scilly or the Channel Islands (or indeed anywhere in Britain and Ireland!) between 1st April and 31st July then please consider submitting your records as they will really make a difference to the final distribution maps in these areas.