A newly published paper in Ringing & Migration, the journal of the British Trust for Ornithology (BTO) Ringing Scheme, explains how state-of-the art GPS tags have revealed the habits of four Herring Gulls nesting on rooftops in St Ives, Cornwall.

Two male and two female gulls were captured and fitted with GPS backpack tags while they incubated their eggs on a cinema, supermarket and local restaurants. This allowed their movements to be tracked throughout the summer of 2014.

Large gulls have increasingly been nesting and feeding in towns and cities in recent decades, bringing them into conflict with people who dislike the noise and mess associated with the gulls' presence. 'Seagulls' have routinely found themselves the victims of a largely unfounded media onslaught in recent summers — stories of them stealing people's chips and ice creams, 'attacking' dogs and, in one instance, a pet tortoise have led to their unfair condemnation as 'killers' and 'ruthless' birds in some areas of the press. This has in turn led to even wilder claims such as that gulls are 'bigger than ever before'.

But the new research has revealed that, in St Ives at least, the idea that Herring Gulls spend their time patrolling the streets looking for an opportunity to terrorise chip-wielding toddlers or attack pet Chihuahuas is largely unfounded.

The results from the GPS tags revealed huge variation in the movements and feeding habits of the four individuals tracked, but crucially demonstrated that none of them spent much time in the streets of St Ives, suggesting they did not habitually feed on food waste or snatch ice creams. Instead, two birds were true 'seagulls', spending much of their time greater than 30 km out to sea, whereas the remaining two rarely went more than a kilometre offshore. All four birds visited farms close to St Ives, where their movements indicated that they apparently followed a plough or a harvester. 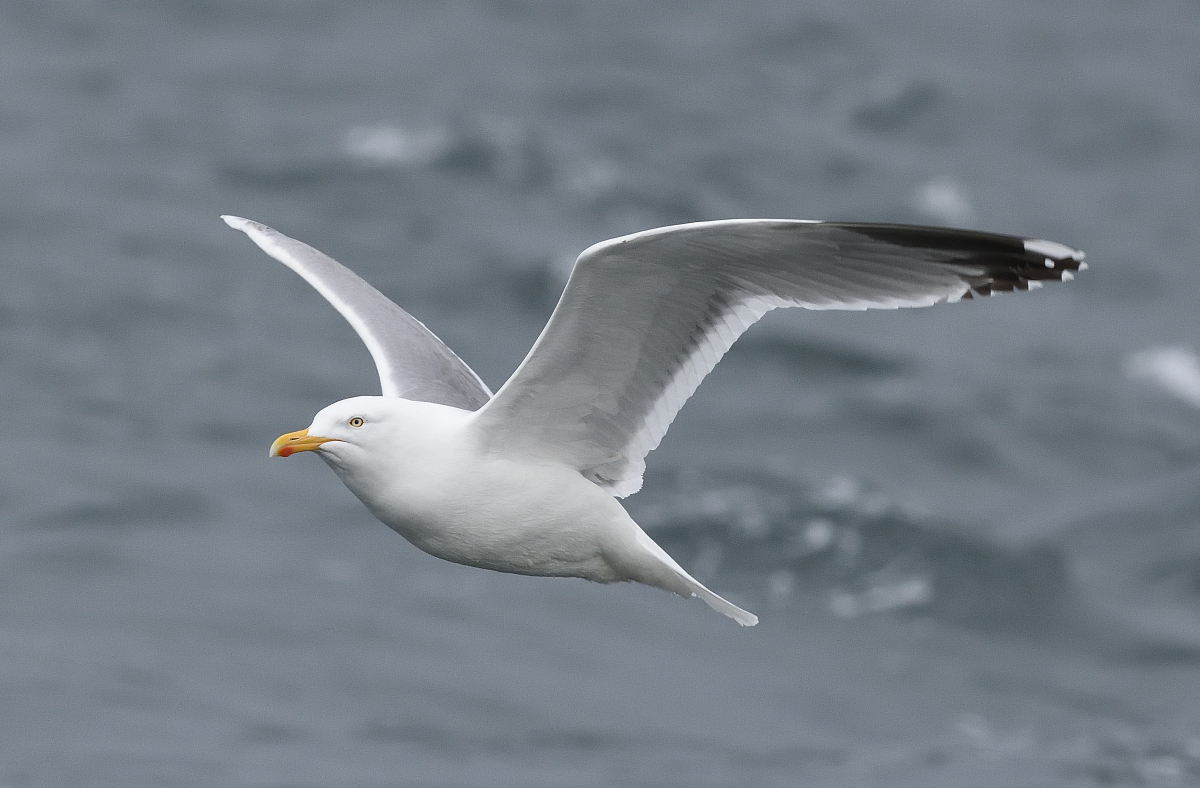 Rather than the vicious town-dwellers that some areas of the UK media have portrayed them as, new research confirms that Herring Gulls are in fact adaptive birds that find food across a large geographical area — and actually spend comparatively little time around urban streets (Photo: Barry Nield)

Peter Rock, lead author of the study, said: "We have two populations of the large gulls in UK — the rural and the urban. We know a great deal about rural gulls but, because they have been under-studied, our knowledge of urban gulls is nowhere near as good as it should be. In view of the bad press surrounding urban gulls, it's a situation that must change and this small study points the way."

Dr Viola Ross-Smith of BTO added: "This study demonstrates that gulls behave as individuals and there can be no one-size-fits-all approach when it comes to managing their populations. It is vital that any decisions about gull conservation and management are based on the best scientific evidence available if they are to succeed."

Although gulls appear to be thriving in urban areas, many species are in decline nationally, including Herring Gull, which is on the Birds of Conservation Concern Red List. Future work will now build on this study, helping us to understand the success of urban gulls, the conservation needs of gulls breeding in rural colonies, and to come up with sustainable management strategies for co-existing with gulls as feathered friends, rather than fiends.