A new study from The Auk: Ornithological Advances shows that the strongest predictor of male dominance in Australasian Swamphens, or Pukeko, is the size of their frontal shield, a fleshy ornament on their bill that can change quickly.

Cody Dey of McMaster University and his colleagues calibrated the plumage colour and frontal shield width and coloration of 272 adult Pukeko on New Zealand's North Island, then tested how those traits were related to the dominance hierarchies they observed within groups.

While shield and plumage brightness and colour were all related to social dominance, the strongest predictor was the width of the frontal shield, which was also strongly correlated with the mass of then male birds' testes, suggesting that it is the primary status signal for males. Pukeko shields can decrease in size in as little as a week in response to aggressive challenges from other males, thanks to hormonal changes. 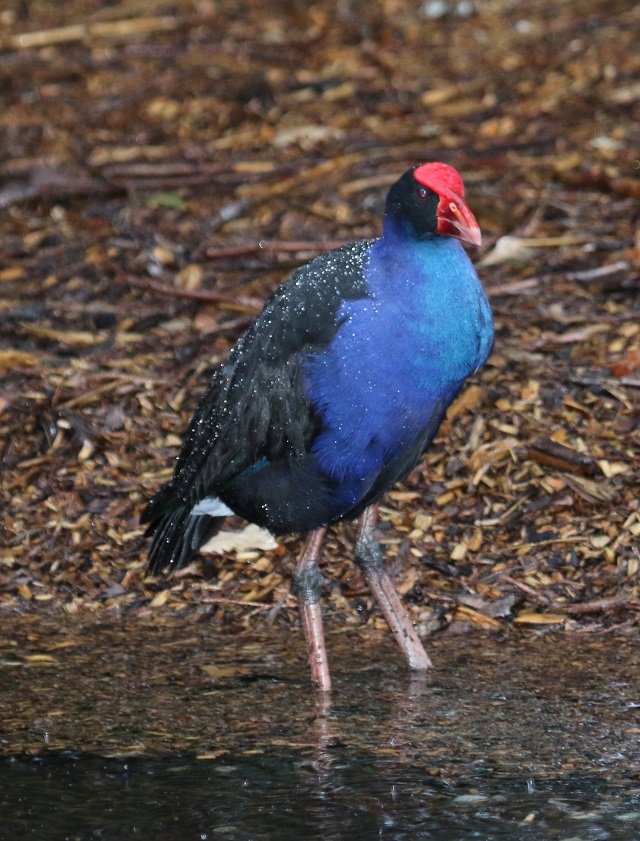 "The take-home message from this study is that birds use both feather coloration and bare-part coloration as signals but these different types of signals have different properties, and bare-part signals in particular are probably more accurate because they can be updated," explained Dey. "Feather-based signals can only change when the individual moults, which usually only happens once or twice a year. Since we have mostly been studying feather coloration in birds, we might have been missing a great deal of information about the role of [other] avian coloration."

"This exciting study on the understudied Pukeko adds strong support to our growing understanding of bare part signalling. In particular, the authors reveal the dynamic nature of pigmented bare parts in communicating status and condition information," added Franklin and Marshall College's Daniel Ardia, an expert on signalling in birds who was not involved with the study. "The differences they find between frontal shield and plumage [coloration] reveal the complexity of signalling and demonstrates that bare parts are not simply redundant signals."