Summer migrants are reluctant to leave

Migrant birds such as Barn Swallows and House Martins are increasingly reluctant to leave the UK and return to Africa.

Scientists have found that not only are some early migrating birds arriving in the UK earlier each year but, unexpectedly, late migrating individuals are getting much later. Research published today in the leading international science journal, Global Change Biology, also shows that the process of arrival and departure is taking much longer so that instead of quickly disappearing at the end of the summer, some birds can be seen leaving over the course of several weeks.

However, the timing of spring and autumn migration was found not to be closely linked. In any given year, migrant birds that arrive at their breeding grounds early in spring might be expected to depart early in autumn too, as soon as their chicks have fledged. But migration timing in consecutive seasons occurred independently — birds that migrated early in spring did not consistently migrate early in the following au-tumn. Some species are staying for longer each year, apparently taking advantage of longer, warmer summers in Europe. They may even be nesting more often.

Dr Will Miles, of the Fair Isle Migration Project, said: "Environmental conditions are changing rapidly at a global scale. In response to these changes, the seasonal life-cycles of plants and animals are shifting too, often in dramatic and unexpected ways. It's too early to know for sure exactly why bird migrations now last so much longer in spring and autumn, but it's possible that conditions in Europe and Africa have gradually be-come more favourable for long-distance migration, and the birds are now under less pressure to migrate quickly within a short time window. For example, on Fair Isle, Swallows and House Martins are migrating up to a fortnight later than they did a few decades ago. Willow Warblers used to migrate within a five-week period in spring but now this species is seen on migration for up to 10 weeks. Some species appear to be staying in Europe for longer in the summer and may breed several times, and that is an advantage for the birds." 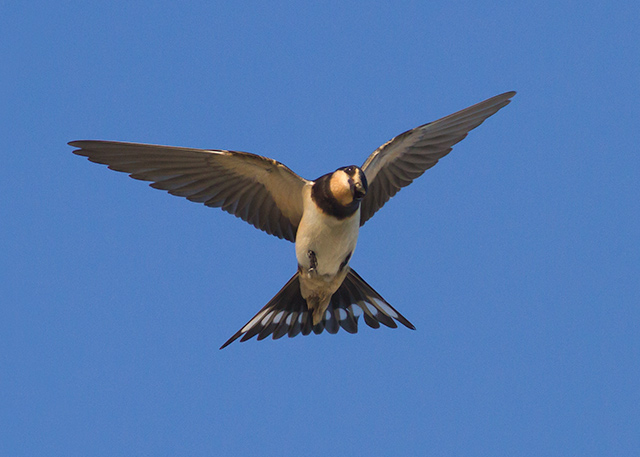 Barn Swallows are migrating through Fair Isle up to a fortnight later than they did a few decades ago (Photo: Col Scott)

The Fair Isle Migration Project is a scientific collaboration between the Fair Isle Bird Observatory Trust and the University of Aberdeen to analyse the Fair Isle migration data and uncover its secrets.

The latest analyses demonstrate that long-term changes in migration timing can be more complex than widely assumed.

Such complexity cannot be detected without comprehensive datasets on the full timing of migration each year. These datasets are very rare and the best examples come from long-term recording stations such as the UK Bird Observatories.

Fair Isle is Britain's most remote inhabited island, lying between Shetland and Orkney. It is an internationally renowned hot-spot for bird migration and for over 60 years the Fair Isle Bird Observatory has made daily census counts of migrant birds. This written record was recently digitised, producing an extremely detailed and valuable resource.