THE hot days at the end of the summer and beginning of autumn hold the promise of these two marsh terns passing through, Black in numbers and White-winged Black as the occasional displaced individual. With moulting and winter adults mixed in with fresh-plumaged juveniles, there is plenty of variety and room for confusion.

Adult winter Black Tern has a solid black cap, nape and ear coverts, with a dark grey elongated smear in front of the ‘shoulder’, which is usually visible in flight and at rest. The mantle and most of the coverts will be a dark, slightly frosted grey with very dark outer primaries; the tail is also grey. Winter White-winged Black Tern is much paler, with a streaked black crown, and just a black ear-covert spot. Other than the white nape and tail, its upperparts are a pale grey, with darker grey outer primaries.

Juveniles are superficially similar, but White-winged Black will again stand out as having darker upperparts, particularly a well-defined saddle-like mantle. Look also for the diagnostic absence of the dark breast-side patch of Black Tern. The mantle feather and tertial tips of Black Tern are obviously paler and wider, but the wing coverts are a more recognisably tern-like grey. White-winged Black has a very pale grey tinge to most of the coverts except the very edge of the forewing.

It is also worth checking for the Nearctic form of Black Tern. In most respects it is intermediate between the two Palearctic species, but juveniles have smoky grey flanks and more uniform and dark upperparts. No adult of this form has yet been found on this side of the Atlantic. 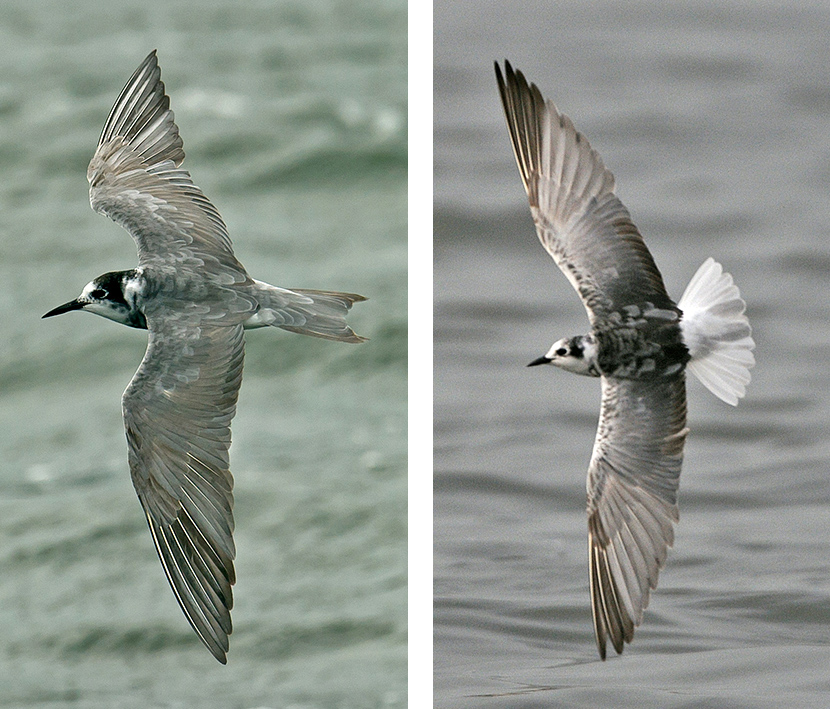 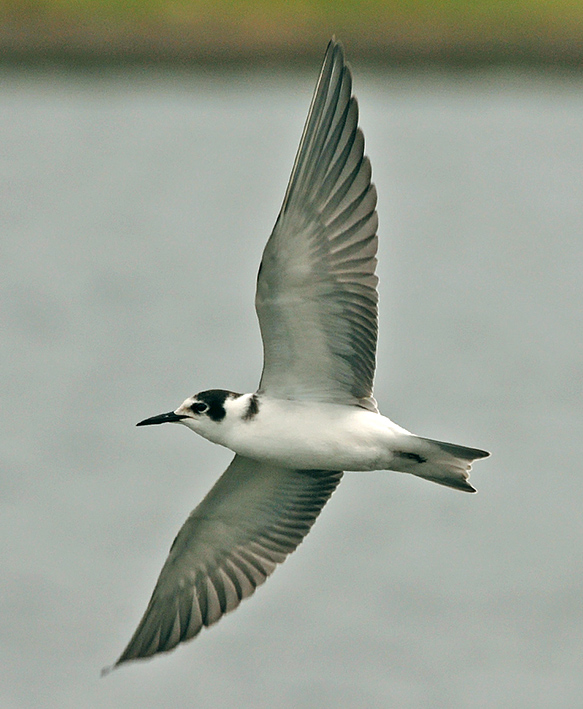 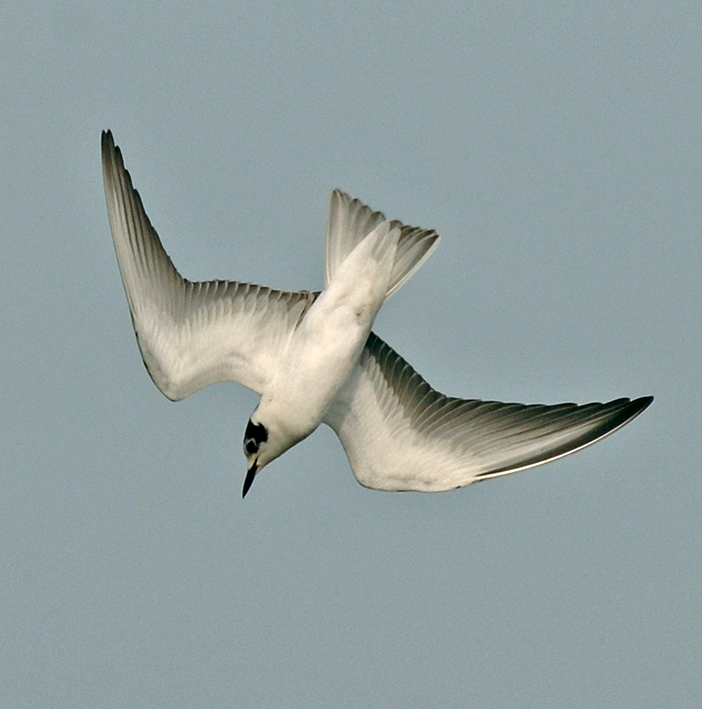 Juvenile White-winged Black Tern (left, Seaforth, Lancashire, 11 September 2005).
The white tail is noticeable even from underneath.
Photo by Steve Young (www.birdsonfilm.com).
Content continues after advertisements
Login to leave a comment
Return to List