Two recent studies suggest that seabirds have distinct individual personalities that affect where they feed and how likely they are to prosper. This could have implications for conservation, because it means threats such as long-line fishing may be more serious for some birds than others, and this could lead to imbalances across whole populations.

The first study, published in Oikos, shows that Gannets have individual feeding styles that are consistent over time. For example, different birds seem to specialize in hunting in particular ocean environments, and quite possibly even in different kinds of prey. This variation may benefit the colony by reducing competition for food — particularly when other research (see here) has proven that individual colonies hunt in specific areas of ocean. 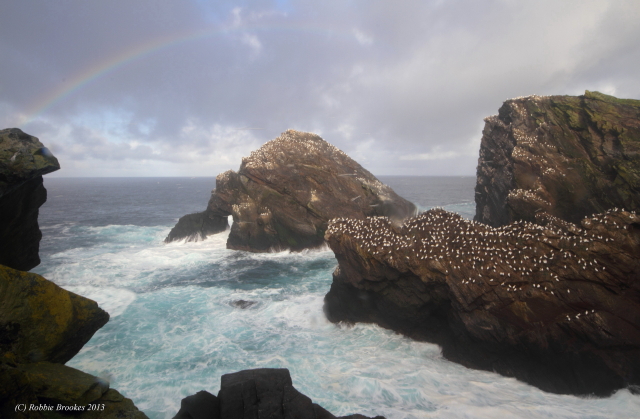 The researchers studied Gannets at two large colonies: Grassholm off the Pembrokeshire coast, and at Ile Rouzic off Brittany, in northwest France. They analysed a year's worth of data from electronically tracking the birds' movements, alongside information on marine environmental conditions. This is the first firm evidence of individual seabirds responding in a consistently different way to variations in environmental conditions. The researchers couldn't be sure, though, whether these differences stayed constant over the long term, or what causes them in the first place. It is possible that the birds were simply responding to changing conditions and competition from other members of their colony, but it seems feasible that individual feeding preferences arise from their own personalities, prompting the question: how did these preferences affect their chances of breeding successfully?

Another piece of research, this one in PLoS ONE, tried to address these questions. The study focused on Black-browed Albatrosses nesting on the Kerguelen Islands in the Indian Ocean. The authors tested each albatross to find out where it fell on the axis between 'bold' or 'shy' — a pair of opposed traits that has been found in many species. Bolder animals tend to be more competitive and willing to take risks, whereas shy ones are more conservative and likely to back down from confrontation.

The scientists tested how bold or shy albatrosses were by putting a large, pink volleyball near their nests and watching how they reacted; the more they showed interest or aggression towards this strange new object, the more their personalities were classified as bold. The authors then looked at how these differences in personality affect how well birds do at finding food and rearing young. Again they used GPS tracking data, as well as demographic information from a long-term monitoring programme. It turns out that not only do albatrosses have consistent personality traits; these traits also have different effects depending on their sex. In general, being bold is good for females, but not for males.

"Males already tend to be dominant over females, so it could be that aggression is less beneficial to them or there may be costs of being overly aggressive, such as getting into costly confrontations," says Dr Samantha Patrick, lead author of both studies. "But for females, being relatively bold is helpful — we think that being more aggressive may help them compete for food." 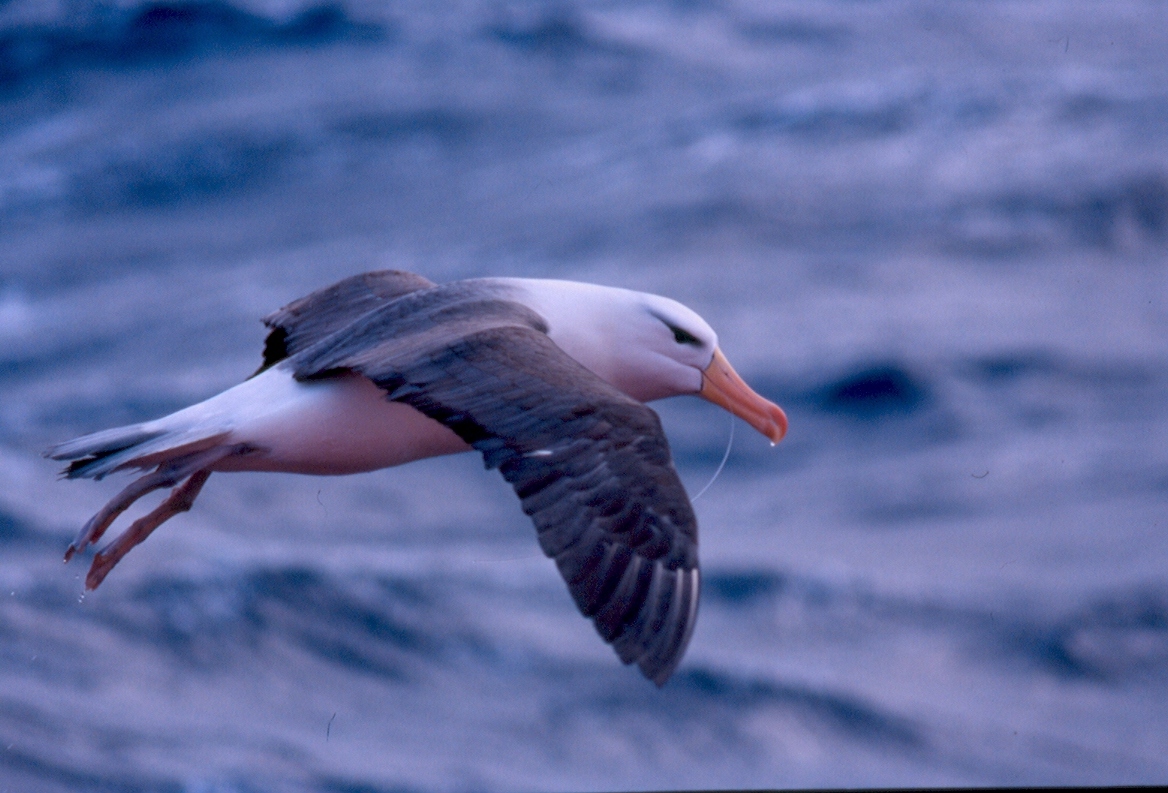 It also seems that bolder birds tend to forage closer to the colony, in shallower waters where there's more competition, whereas shy ones are more likely to fly to rich, deep-water feeding grounds further away. The effects of personality may change from year to year depending on how much food is available to go round: in poor years when food is relatively scarce, females that forage further from the colony tend to have more success in breeding, whereas in good years females can do better in shallower waters. So the relationship between boldness and success was stronger in leaner times when even competitive females may fail to out-compete males. Males, on the other hand, always do better when foraging close to the colony.

Albatrosses tend to follow fishing boats and are at serious risk of being caught on lines and drowned, so if boldness determines which birds are in most danger, there may be implications for their conservation. Dr Patrick says that while bolder individuals might be more likely to compete for discards from boats, if their boldness causes them to stay closer to home, as in this study, they may be less likely to come across the boats at all, and so there may be no clear relationship between personality and fisheries. She says more work is needed to understand how personality mediates these deaths from fishing boats, how this affects whole albatross populations, and how this could be addressed.