For species where both parents work together to raise their offspring, co-operation is key — it's as true for birds as it is for us! A new study from The Auk: Ornithological Advances shows how pairs of Common Guillemots [or Common Murres in the study] update each other on their condition so that when one partner needs a break, the other can pick up the slack.

Guillemot parents trade duties throughout the day — one stays at the nest while the other leaves to forage, hopefully coming back with a fish for the chick. Because brooding the chick requires much less energy than foraging, staying at the nest is preferable for a bird that's in poor condition. Linda Takahashi, Anne Storey and Carolyn Walsh of Newfoundland's Memorial University, along with Sabina Wilhelm of the Canadian Wildlife Service, studied the 'turn-taking ceremony' that parents perform when they switch places. They found that the time they spend preening each other provides a way for the two birds to exchange information about how they're doing, so that if one is in poor shape the other can compensate. 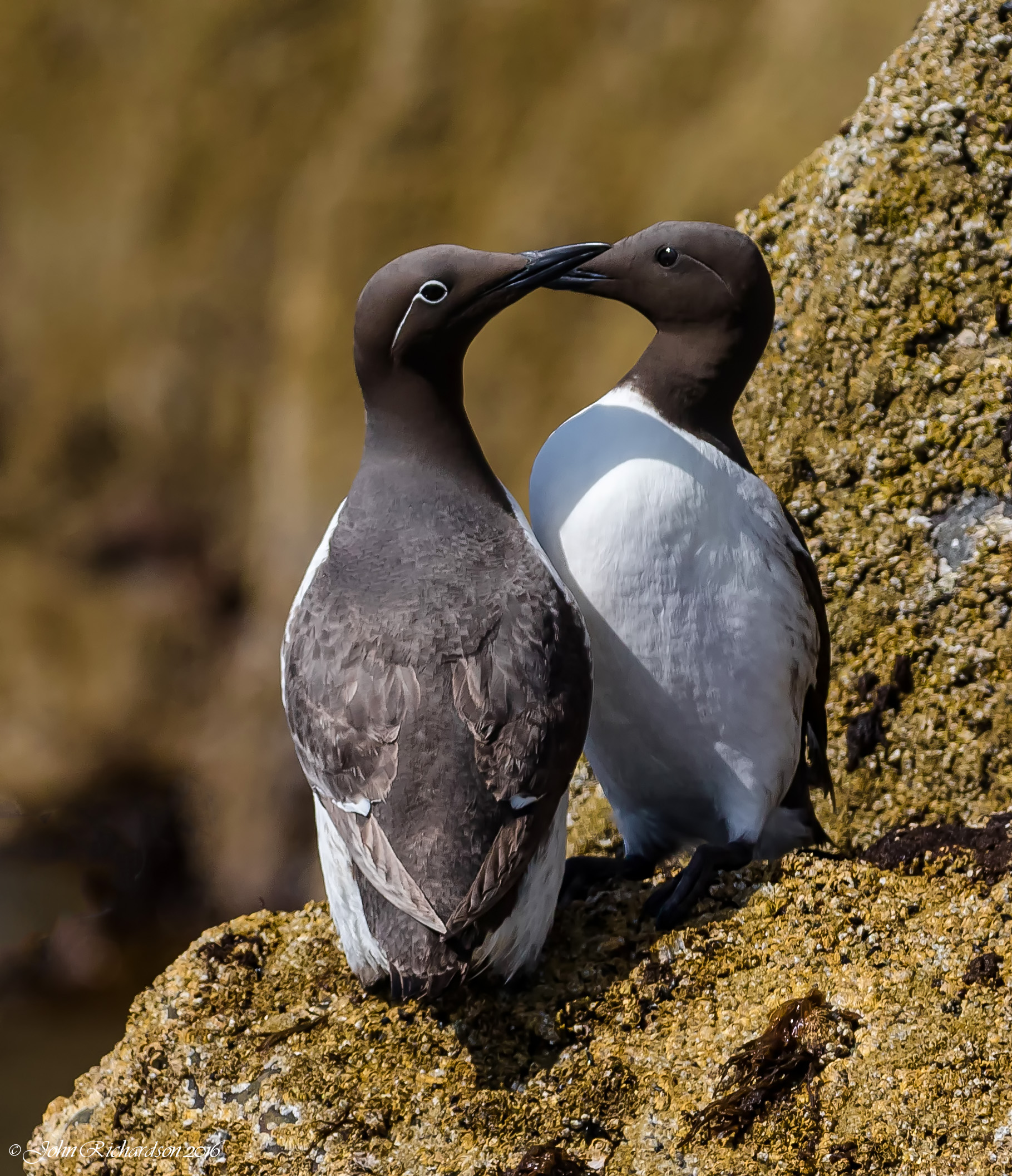 The researchers observed 16 pairs of guillemots with chicks on an island off the coast of Newfoundland in summer 2009, recording their behaviour when parents switched duties at the nest and capturing the birds to check their body condition. Their results show that these 'nest relief' interactions take longer when one partner is especially low in body mass, suggesting that when brooders withhold preening and stall their departure, they're letting their mates know that they need more time to rest; the returning mate can then compensate by going off to forage again rather than trading places immediately. Similarly, the brooding mate might let a struggling returner take over at the nest even if they haven't brought back a fish.

"We had been doing murre fieldwork for years in Witless Bay, studying reproductive and parental behaviour, and we became intrigued with the variation that we saw among pairs in their nest-relief behaviours," says Walsh. "Some nest reliefs were short and businesslike, while other nest reliefs seemed to involve a lot of interaction between the mates, and it took a long time for the mates to exchange brooding duty. When Linda Takahashi came to Memorial University as a master's degree student, we decided that her project should focus on getting the details about this very interesting variation in murre nest-relief behaviours."

"The roles of avian pair members have been much studied in terms of energy investment and food delivery, but we are accustomed to thinking of these problems in terms of evolutionary trade-offs. The ways in which contributions are actually negotiated within individual pairs has, until recently, been largely overlooked," according to long-time seabird researcher Tony Gaston of Environment Canada. "Linda Takahashi's paper addresses this deficiency, and this is a field which promises to open up additional avenues of research on within-pair communication."