Humans aren't the only ones who like fatty foods—Lammergeiers do, too. A study by Antoni Margalida from the Bearded Vulture Study and Protection Group in El Pont de Suert, Spain, has found that the Lammergeier will discard less energy-dense bones and choose only the bones with the highest fat content both for its consumption and delivery to its young. His findings1 will be published this week in the Springer journal Behavioral Ecology and Sociobiology. 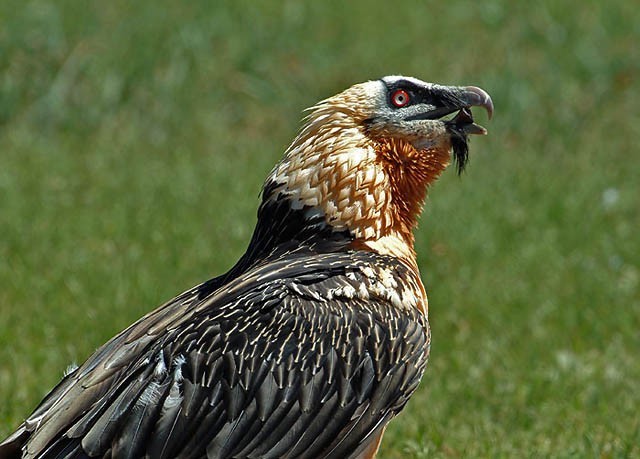 The Lammergeier is the only vertebrate with a bone-dominated diet and can ingest bones up to 28 cm (11 inches) long and up to 4 cm (1½ inches) wide. This makes sound ecological sense because due to their high fat content, mammal bones actually have a higher energy content than muscle tissue. To aid ingestion or transportation, the Lammergeier breaks up large bones on rocky surfaces, known as 'ossuaries', throwing the bones down from the air until they break up into small enough pieces to be swallowed or carried. Lammergeiers are one of the few species of vulture who do not feed their young by regurgitation but transport prey remains to the nest in their feet and bills.

Margalida chose to study Lammergeier living in the mountains of the Pyrenees in Spain. It is a harsh environment and the author believes this contributes to the vultures' high energy requirement leading them to choose smaller, more energy-dense bones. This way they ensure that the energy consumed is greater than the energy expended in obtaining the food. As well as energy density, he also wanted to study whether larger bones were discounted as being too difficult to transport and swallow. 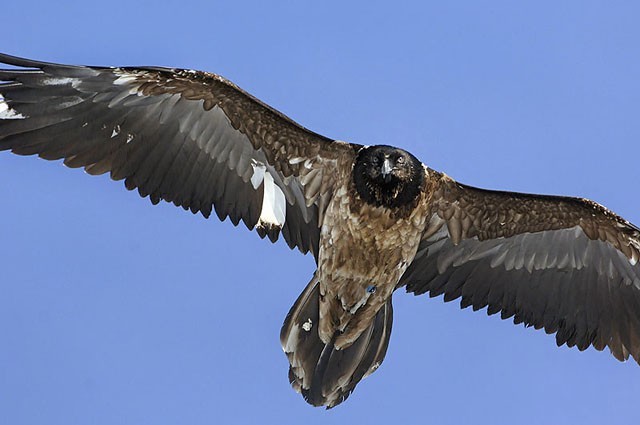 As he had expected, bones left in the feeding stations and ossuaries, which had not been selected by the Lammergeier, had a lower content of oleic acid than those bones which had been selected. This would imply that nutritive content had a greater impact on choice than bone size. Similarly, the vultures also selected the bones with the highest fat content to transport to their nests.

Margalida concludes that 'the close association between bones selected and their high fat value implies an optimization of foraging time and of the increased energy gained from the food'. He adds that these findings have consequences for conservation of both the wild and captive populations of this endangered species. Efforts to facilitate geographic expansion and breeding of the vultures should use the most nutritive bones in feeding programs. He pinpoints tibias, tarsals and extremities as being particular favourites.