Last winter, the British Trust for Ornithology's (BTO) Garden Bird Feeding Survey saw very low numbers of birds using garden feeding stations because of the mild weather and abundance of natural food. What was most surprising, however, was that even our Robins seemed to abandon us.

Robins are one of our most familiar and well-loved garden birds, found in nine out of ten gardens over the winter and also possessing the status as Britain's current national bird. They are famous for their winter song and for maintaining a territory year-round, and no winter garden scene would be complete without a Robin. However, last winter Britain's favourite companion appeared to abandon gardens. The BTO's Garden Bird Feeding Survey (GBFS) found that Robins were seen at garden feeding stations in their lowest numbers since the winter of 1979 and, in rural areas, their lowest numbers since the survey began in 1970. 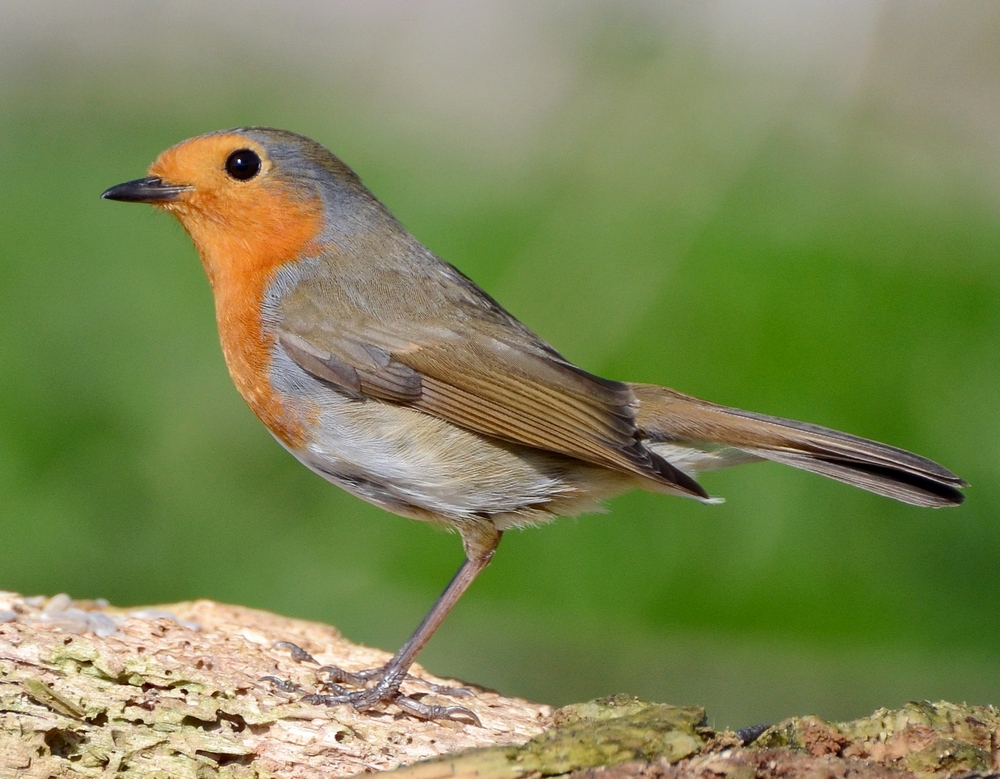 This has probably not been due to a reduction in Robin numbers; rather, it's thought that our Robins were able to find good sources of invertebrate food elsewhere. With the mild weather experienced last winter, including the warmest December since 1988, insects and earthworms were likely to have been more abundant and accessible in the wider countryside than normal, meaning that Robins would not have had to depend on the food that we put out for them. Robins in rural areas were probably more able to access countryside food sources than those in cities and towns, so numbers in rural gardens were particularly low. With climate change models predicting milder winters for the UK, could the classic Christmas card image of a Robin in a garden be a thing of the past?

What does all of this mean for Robins this winter? Clare Simm, of the BTO Garden Ecology team, shares her thoughts: "Long-running surveys like the BTO's GBFS, which started in 1970, are vital for providing us with hints at what the future might hold for our gardens and their visiting bird communities. Numbers of Robins fall after cold winters, so last year's mild weather could mean that more Robins survived to breed this year. In addition, we think that this year's breeding season has the potential to have been more successful than the previous two thanks to the dry spring and summer, which is likely to benefit multi-brooded species like the Robin. A cold winter later this year could bring Robins in to gardens, which, combined with high numbers after a good breeding season, could mean a bumper winter for Robin spotting."

For more information on how take part in BTO garden surveys and the opportunity to contribute to valuable work like this, email gbw@bto.org, telephone 01842 750050 or write to GBFS, BTO, The Nunnery, Thetford, Norfolk, IP24 2PU.

The Garden Bird Feeding Survey website can be found at www.bto.org/volunteer-surveys/gbfs.