Rob Martin catches up with the Winterton Black Lark

O.K. so our little band of punkbirders preach the gospel of the self-find. Sometimes though, the lure of the old-school bad ass twitch is too great. There are some birds out there with a special combination of global rarity, unpredictability and charisma. When one of these birds appears even the lapsed feel an adrenaline spike. We want to see it. Now. As in any addictive behaviour a physical change in the emotional response region of the brain occurs; this must be satisfied.

Rewind to June 12th 2003. Davis, California. Crawled onto campus on a day of typical central valley oven heat. Email from Si casually mentioning he’d just twitched Black Lark. Actually made me think about flying back, until I realised it had been ten days since everyone saw it. I had also just spent all my money going to Hawaii. And I was not clinically insane. But I really did want to see it. 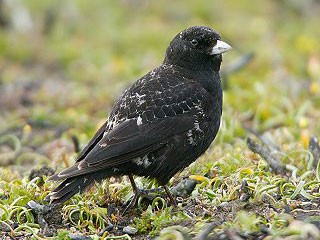 20th April 2008 dawned and as typical these days I was not out on the coast, scouring the ‘habbo’. Rather, I mooched around my Norwich house, pulled a few floorboards off and stole some music from the internet. My wife Katherine went to the gym: “Pick me up at six, ok”. Twenty past five. Phone call from Rich Moores. “Alright mate, do you know that there’s a Black Lark at Winterton?” Ah, there’s that spike. “Busta’s just going now”. No thought, just get that lift and hope his car doesn’t fall apart before we get there. It didn’t, so we arrived by six and hightailed it through the dunes. Forty or fifty figures were silhouetted on Swift Bomb Hill. They all began to move just before we got there. What? Surely they were watching it? No panic, just keep telling yourself that it will stay until dark, it’s not gone, it must still be here, somewhere, surely. 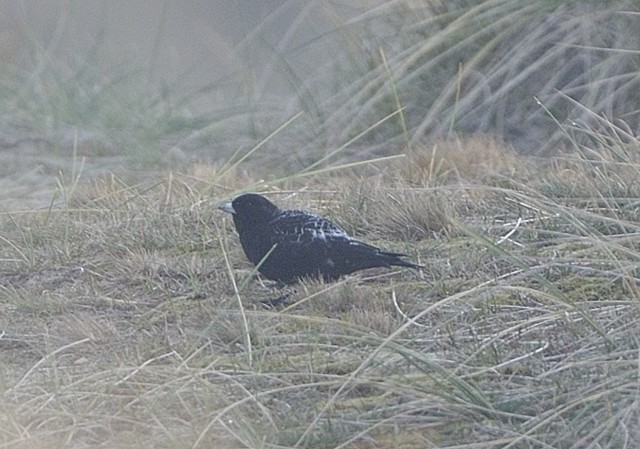 A few excruciatingly long minutes passed before the shout. “It’s here, on the deck”. All tension released, views obtained and everyone is happy. Having sated the craving and reinforced my addiction once more I could settle down to appreciating one of the best passerines on the British List. Chunky, black with a blunt directness about the way it searched the barren ground for anything resembling food. The white fringing on the mantle and scapulars recalled silver gilt. Then it flew. Now that was something. In one quick motion the bird seemed to grow, revealing an unexpected majesty in the fluid movement of its outsize wings. In flight it pitched and rolled, halfway to a monster hirundine at times. The memory of the twitch will be the slightly incredulous expletives quietly exhaled by the crowd as the beast swung low overhead, and the fabulous tableau of Winterton dunes in hazy late afternoon sun looking more like Kazakstan than ever before.

Katherine had to walk home.