Birders have been wondering just when a wintering Siberian Accentor might be found since November, and finally the wait was put to rest this week — albeit in fairly unsatisfying circumstances.

While Danish and Hungarian birders have been enjoying their own long-staying and confiding accentors for weeks now, what may well prove to be the only one seen in Britain this winter was discovered on strictly private land at Invergordon, Highland, on 8th and was still present on 14th. Should another emerge from the shadows in the coming month or so, it would surely prove very popular — not just from the year-listing perspective, but also as it might be the last chance to see this species in Britain for some time.... 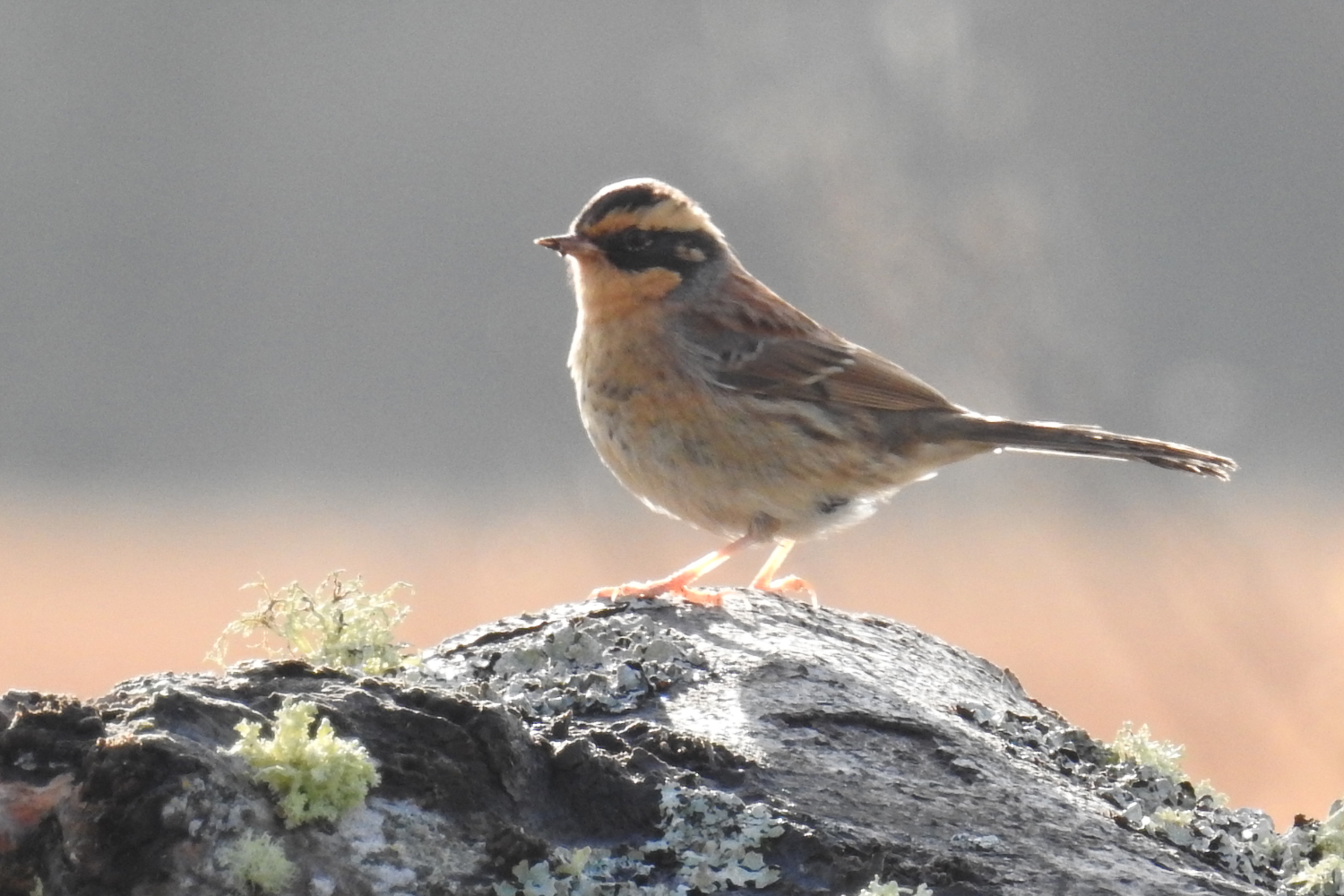 This week was otherwise much of a muchness, with a strong cast of lingering rarities still on offer. The Royal Tern continues to enjoy life around Guernsey's coastline — a faecal sample has been obtained and local birders also appear to be getting very close to reading the ring (it's been showing extremely well at times), so hopefully its subspecific identification will be known soon. 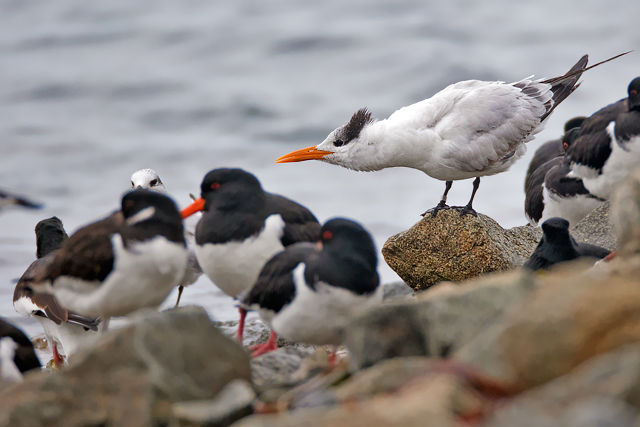 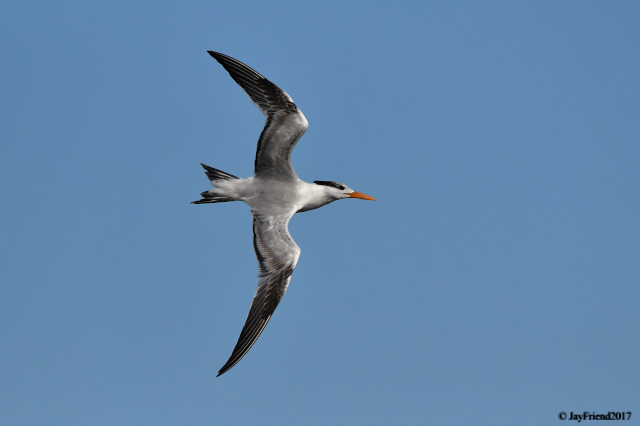 The Dusky Thrush was still at Beeley, Derbyshire, on 10th but there's been no news since. In contrast, Gloucestershire's Blue Rock Thrush continues to show daily at Stow-on-the-Wold. Apparently the Kent Pine Bunting was still at Little Murston Nature Reserve on 7th but further updates are lacking; the North Yorkshire male was still at Dunnington on 13th at least. There's been no sign of the Cornish Eastern Black Redstart all week but the Cleveland bird was still there on 12th at least. 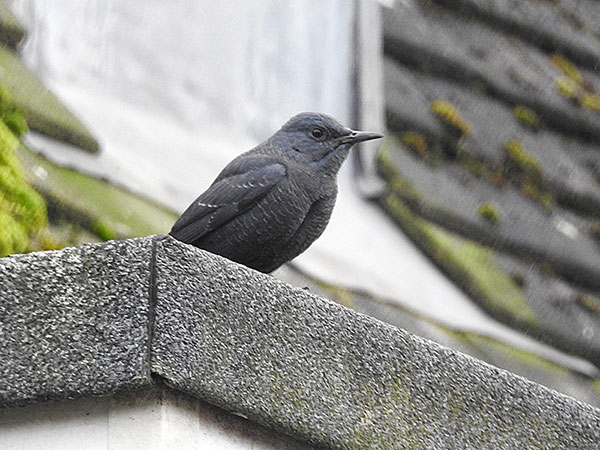 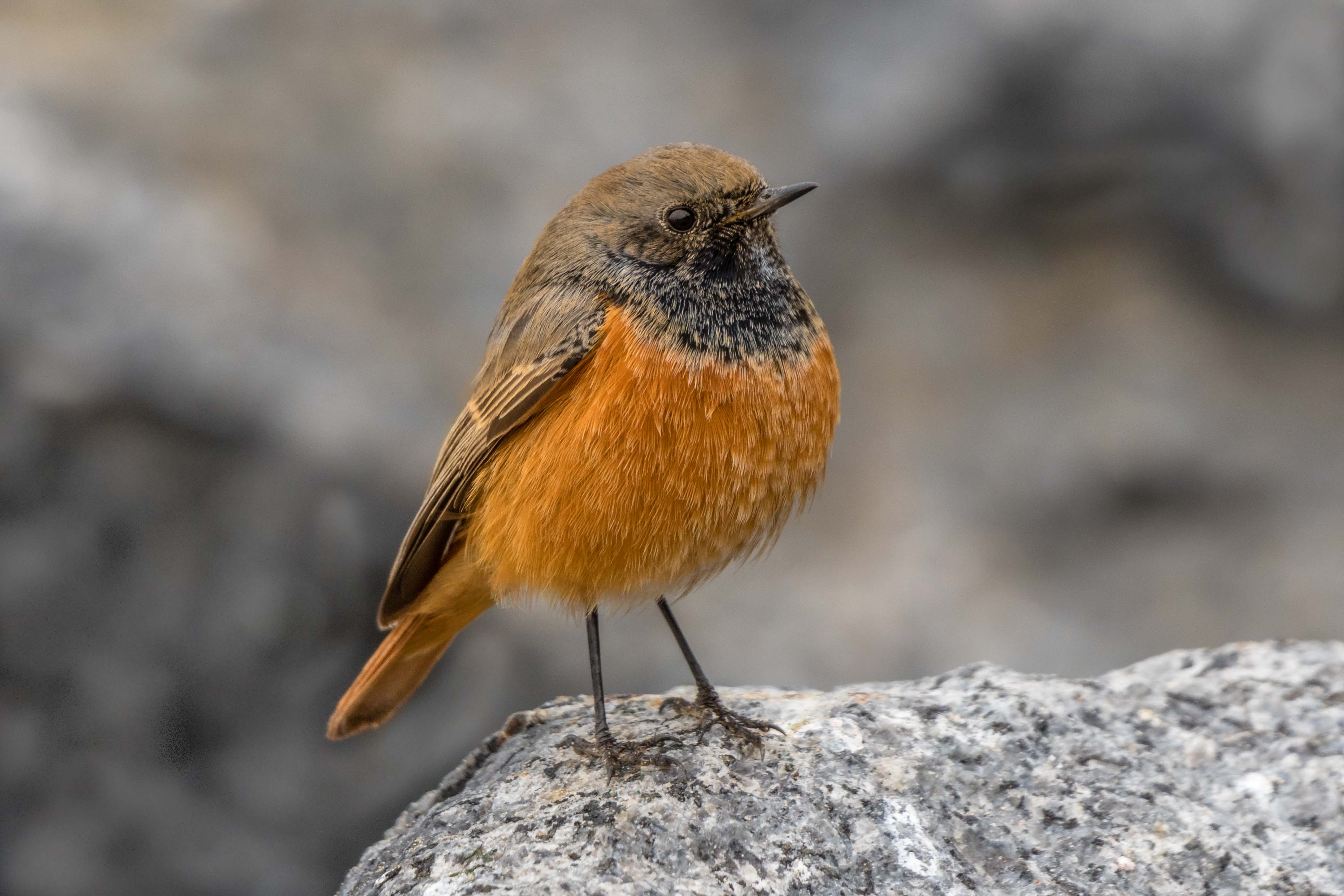 Both Pacific Divers remain present and correct, the Northumberland bird still at East Chevington all week, save a brief visit to Druridge Bay Country Park on 10th. As well as the usual at South Ronaldsay, Orkney, White-billed Divers were seen off North Ronaldsay (juvenile on 9th), Sandwood Bay, Highland, on 12th and off Ferny Ness, Lothian, from 8–12th. 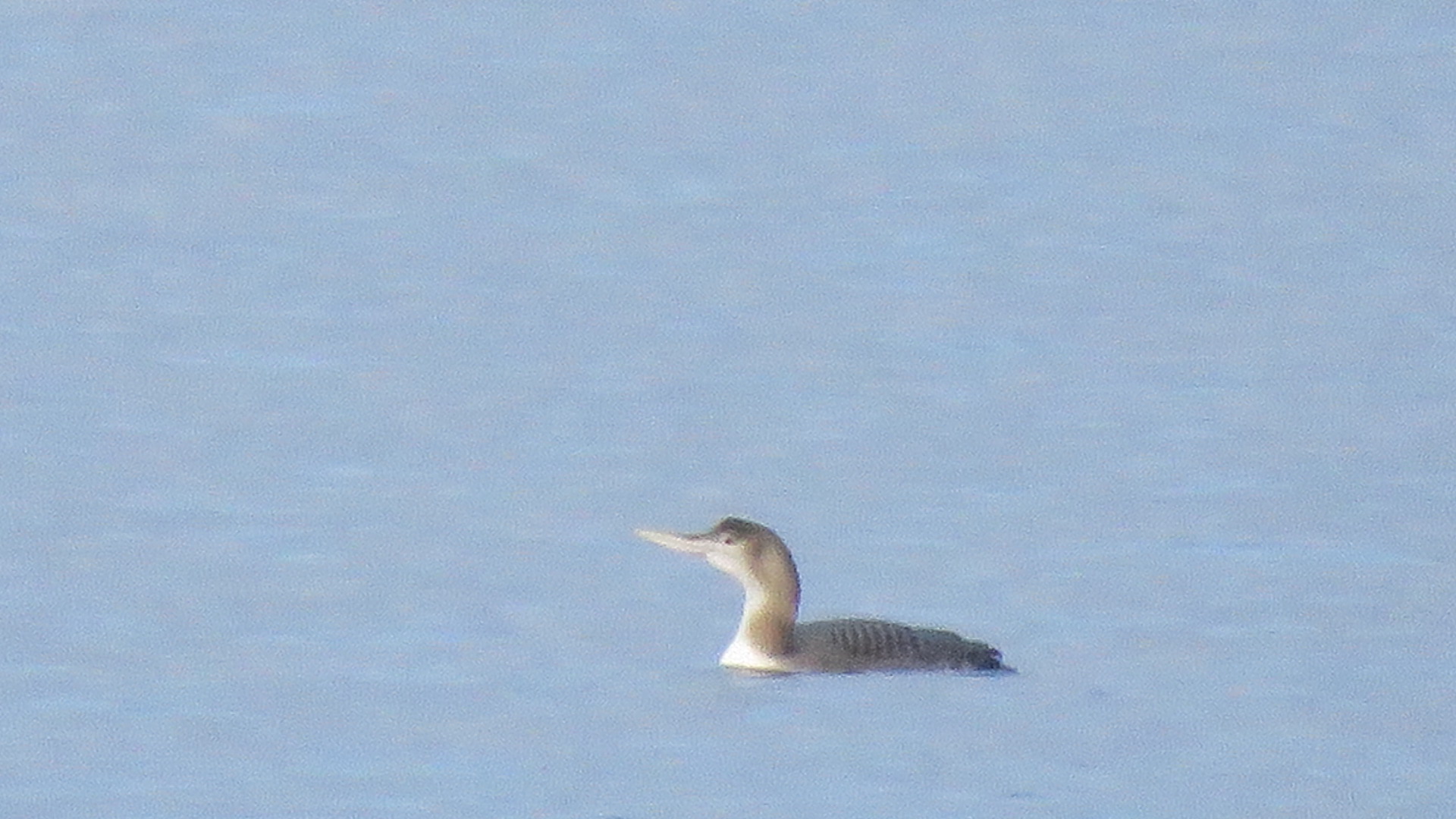 The American Coot lingers on at Balranald, North Uist (it was still there on 13th), while the Hooded Merganser racked up another week at Lochwinnoch, Clyde. Just six Ring-necked Ducks were noted, though that total did include a new drake at Unionhall, Co Cork, from 10th. The only Lesser Scaup seen was the usual male at Dozmary Pool, Cornwall, all week, while the only Ferruginous Duck was the drake at Blashford Lakes, Hants. 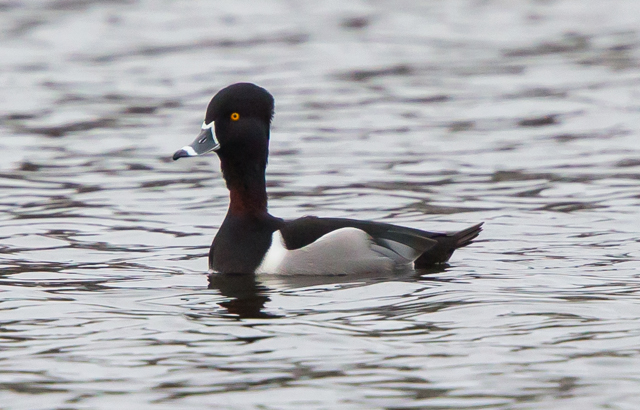 Scotland once again boasted the bulk of the week's American Wigeon — exceptions were the drakes on the Gann Estuary, Pembrokeshire, two in Devon including a new bird at Warleigh Point and the Cornwall bird on Kingsmill Lake. A drake at Tangwick, Shetland, was reidentified as an American × Eurasian Wigeon hybrid. Seven Green-winged Teal were spread widely across Britain and Ireland. 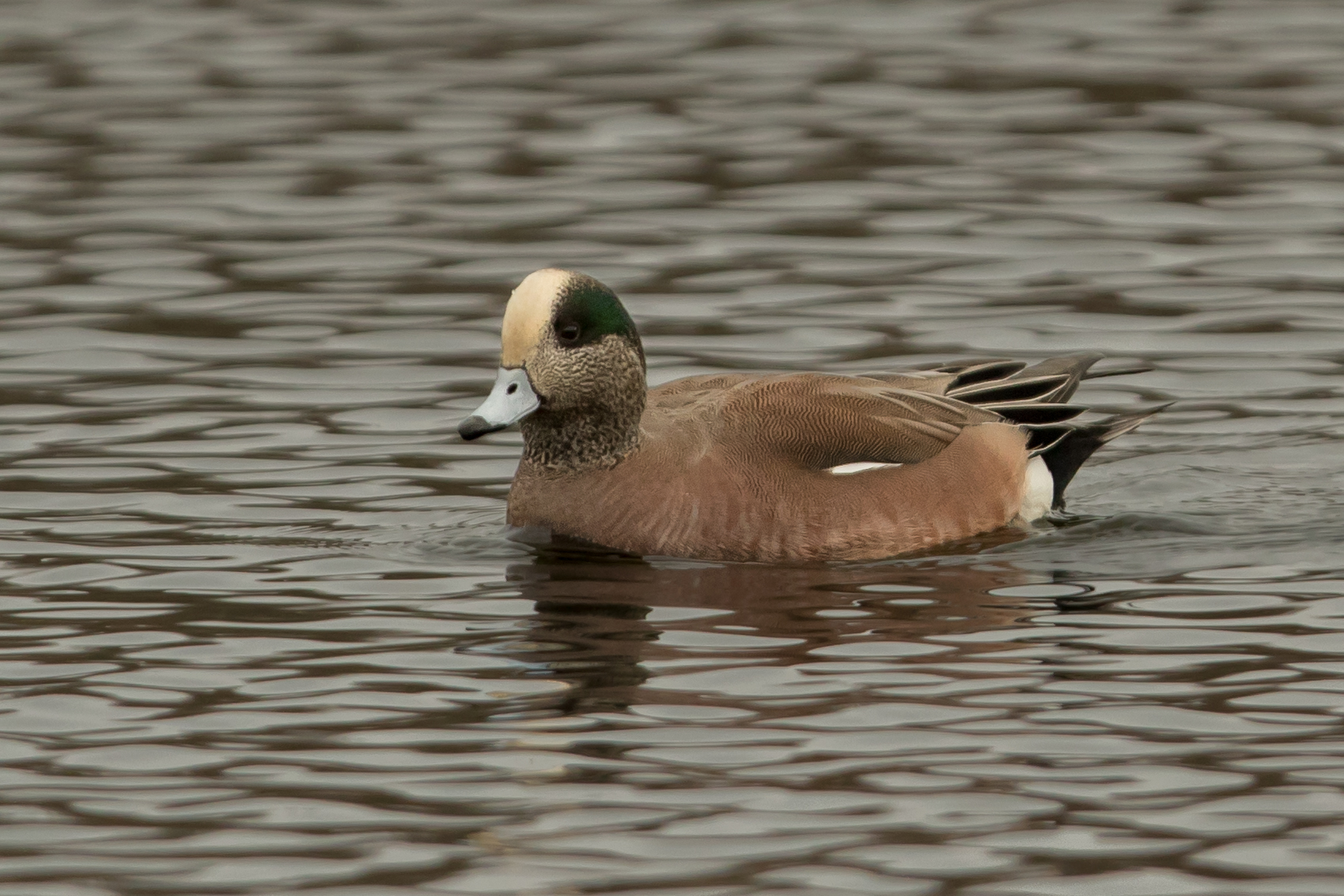 The Black Scoter was still off Goswick, Northumberland, on 10th. Four Surf Scoters were off Quanterness, Orkney, on 12th, with six others seen elsewhere, including two off the Lothian coastline and a juvenile off the Gower, Glamorgan. A new King Eider, a female, was off Castlegregory, Co Kerry, on 12th.

The Red-breasted Goose continued to cavort around Lancashire with Pink-feet and Eurasian White-fronted Geese; it was near the intriguingly named village of Scronkey on Valentine's Day. Richardson's Cackling Geese were noted at a couple of sites on Islay, Argyll, while Todd's Canada Geese were in Argyll and Lancashire, the latter county also holding the continuing Snow Goose at Nateby. Another Snow Goose, a white morph, was at Alness, Highland, on 13–14th. 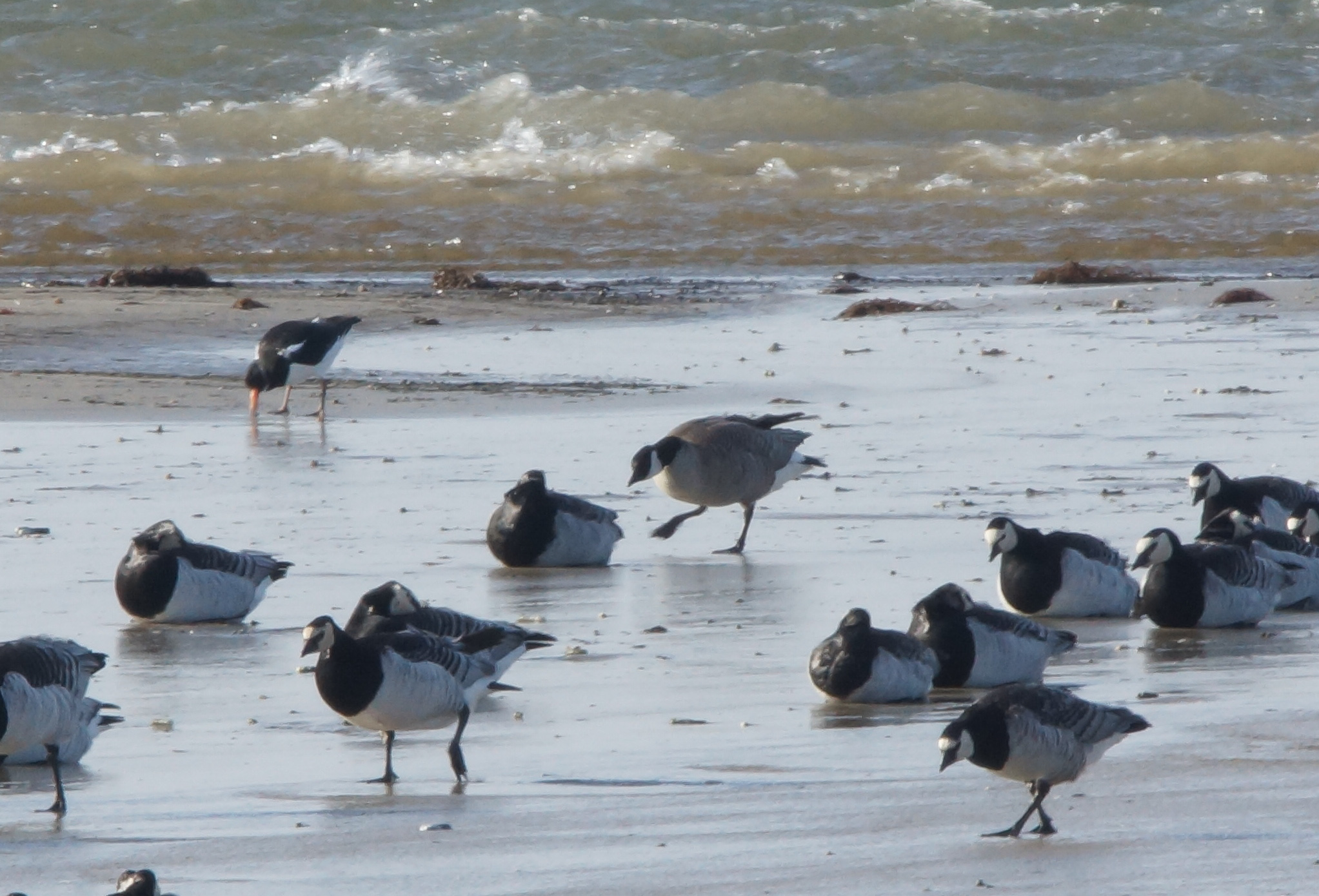 A Snowy Owl was reported from Papa Westray, Orkney, on the morning of 11th and the Eday bird was seen again that afternoon. New was received that the recently reported Pallid Harrier on Orkney was actually a Hen; meanwhile the East Yorkshire bird hung on at Welwick all week. The Northern Harrier was also still in North Ronaldsay. The only Rough-legged Buzzards were lingering adults at Haddiscoe Marshes, Norfolk, and near Thorney, Cambs.

Both the Killdeer at Sandwick, Shetland, and the Hudsonian Whimbrel at Perranuthnoe, Cornwall, lingered a further seven days. There was no sign of last week's Lesser Yellowlegs in Gloucestershire but the Dorset bird remained at Lytchett Bay throughout. A Grey Phalarope stopped in at Kilnsea Wetlands, E Yorks, briefly on 9th while local feeling is that the Little Ringed Plover at Scorton, N Yorks, on 13th is more likely an over-wintering bird than an early migrant. 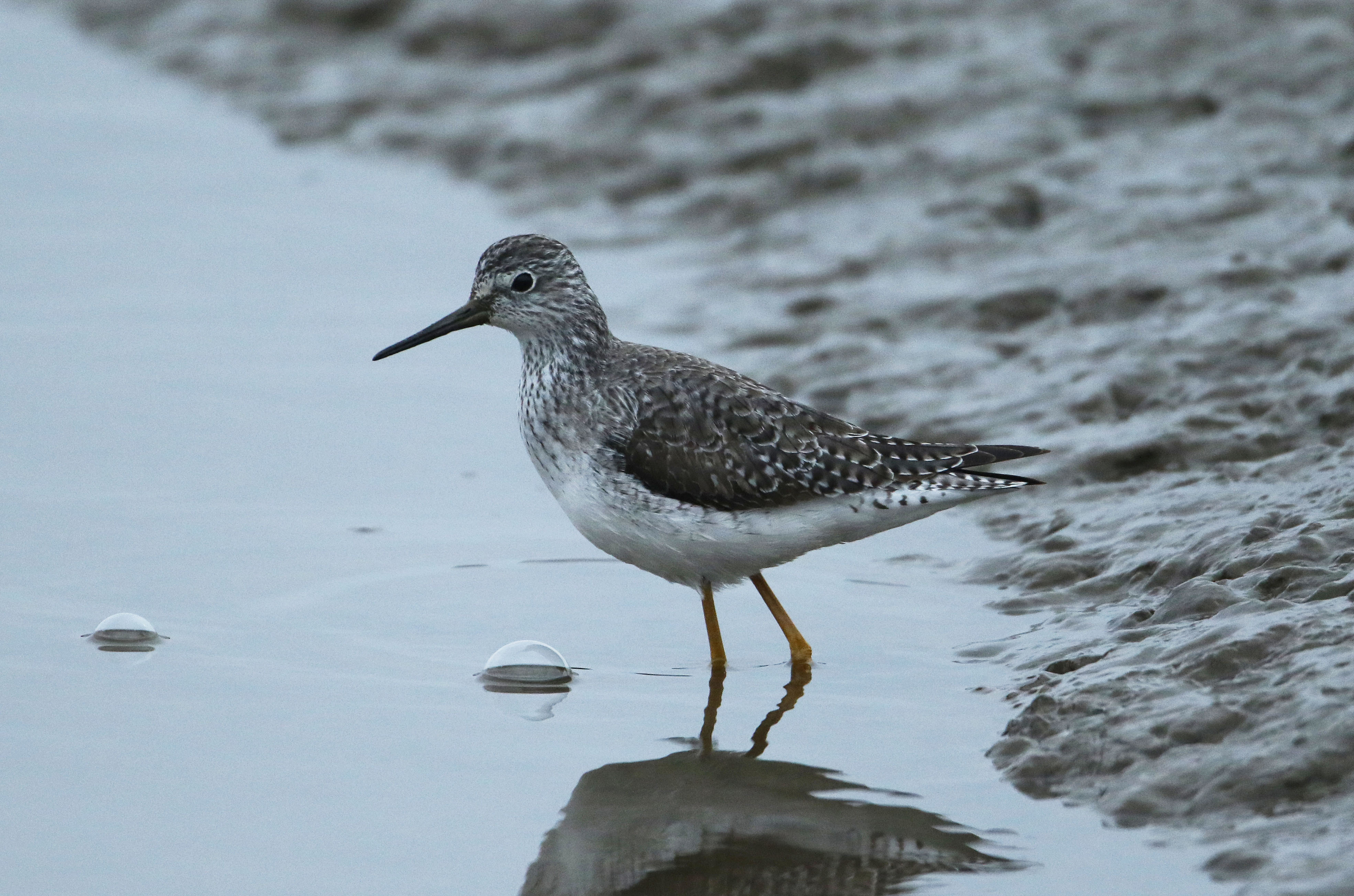 An adult Bonaparte's Gull has being showing well in the centre of Cork City since it was found on 12th; elsewhere birds continued on Devon's Exe Estuary and at Cardwell, Clyde. Seventeen sites produced Ring-billed Gulls this week, with peaks of four at Nimmo's Pier and three at Tralee. New first-winter birds were found in Co Cork (2) and Co Clare. In England, a new adult was at Chew Valley Lake, Somerset, on 14th following another bird there last week, and at least two were on the Hayle Estuary, Cornwall. Glaucous and Iceland Gull numbers remained similar to the previous week, but show a distinctive northerly bias — both species appear patchily distributed across southern England. The Forster's Tern was again at Salthill, Co Galway, on 10th. 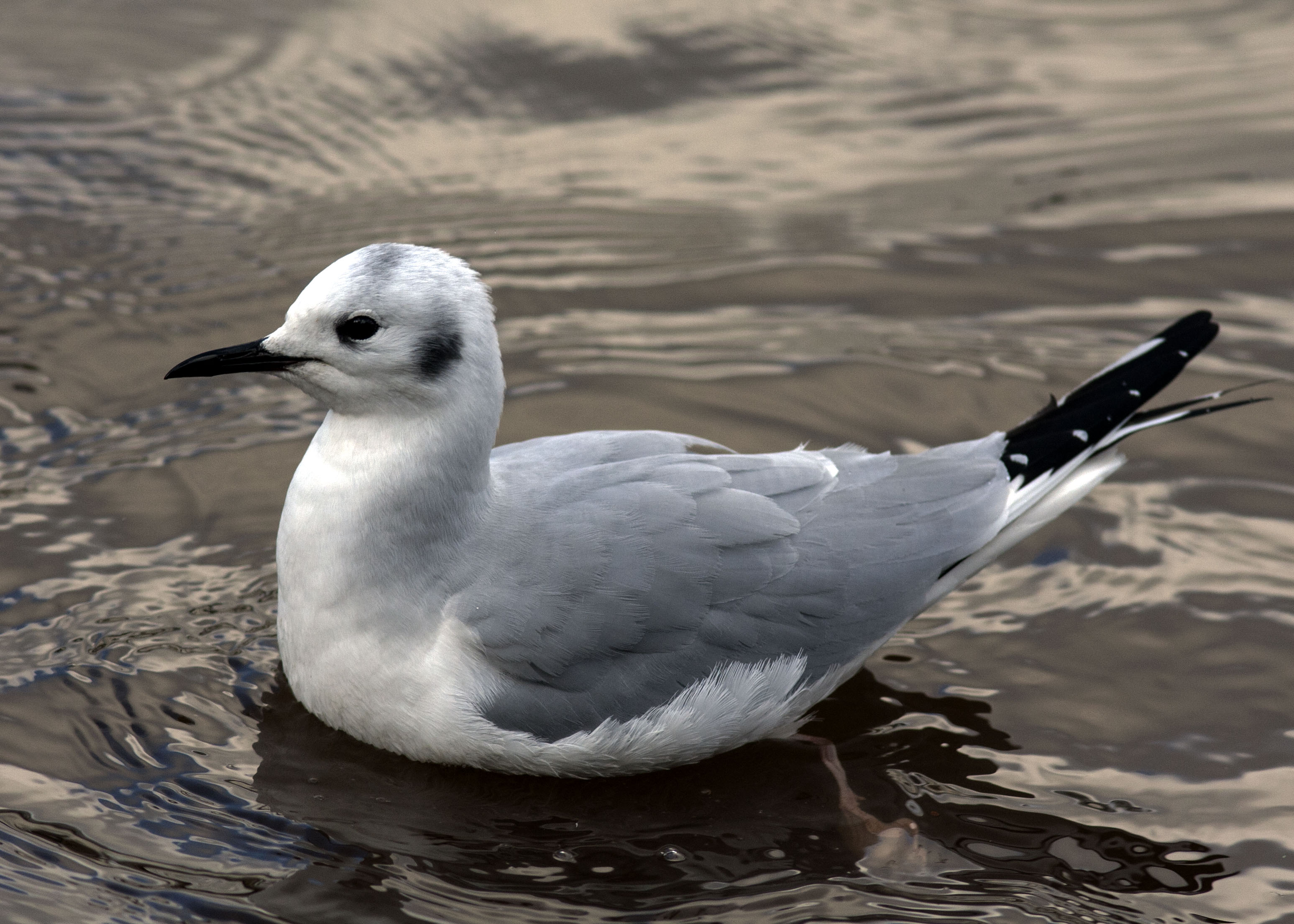 Waxwing numbers and distribution remained fairly consistent with the previous week's offering — 414 reports showed birds widely spread across the country, although the bitter easterlies of Thursday to Sunday appear to have had little effect on the species' movements.

The Red-flanked Bluetail has been a little more reliable in woods near Caerphilly since 9th but its presence has been outshone by an awesomely confiding Bluethroat at Lincolnshire's Willow Tree Fen. Found on 10th, this rare winter individual has been performing brilliantly to large numbers of birders ever since, and has easily been the week's most popular bird nationwide. Winter records of this delightful species are few and far between — in fact the last was a bird at Loch of Strathbeg, Aberdeenshire, back in December 2004. 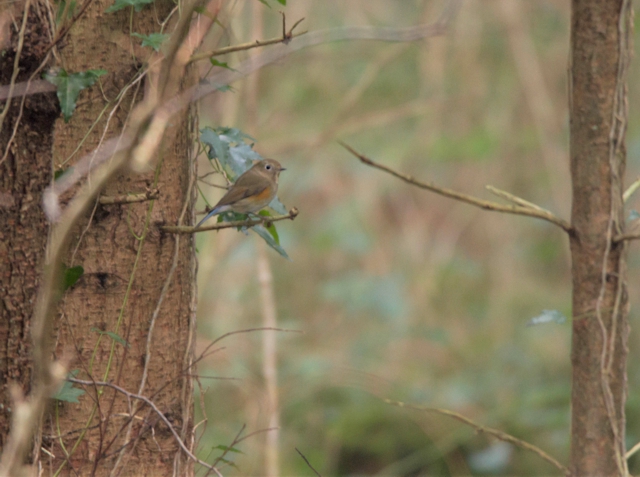 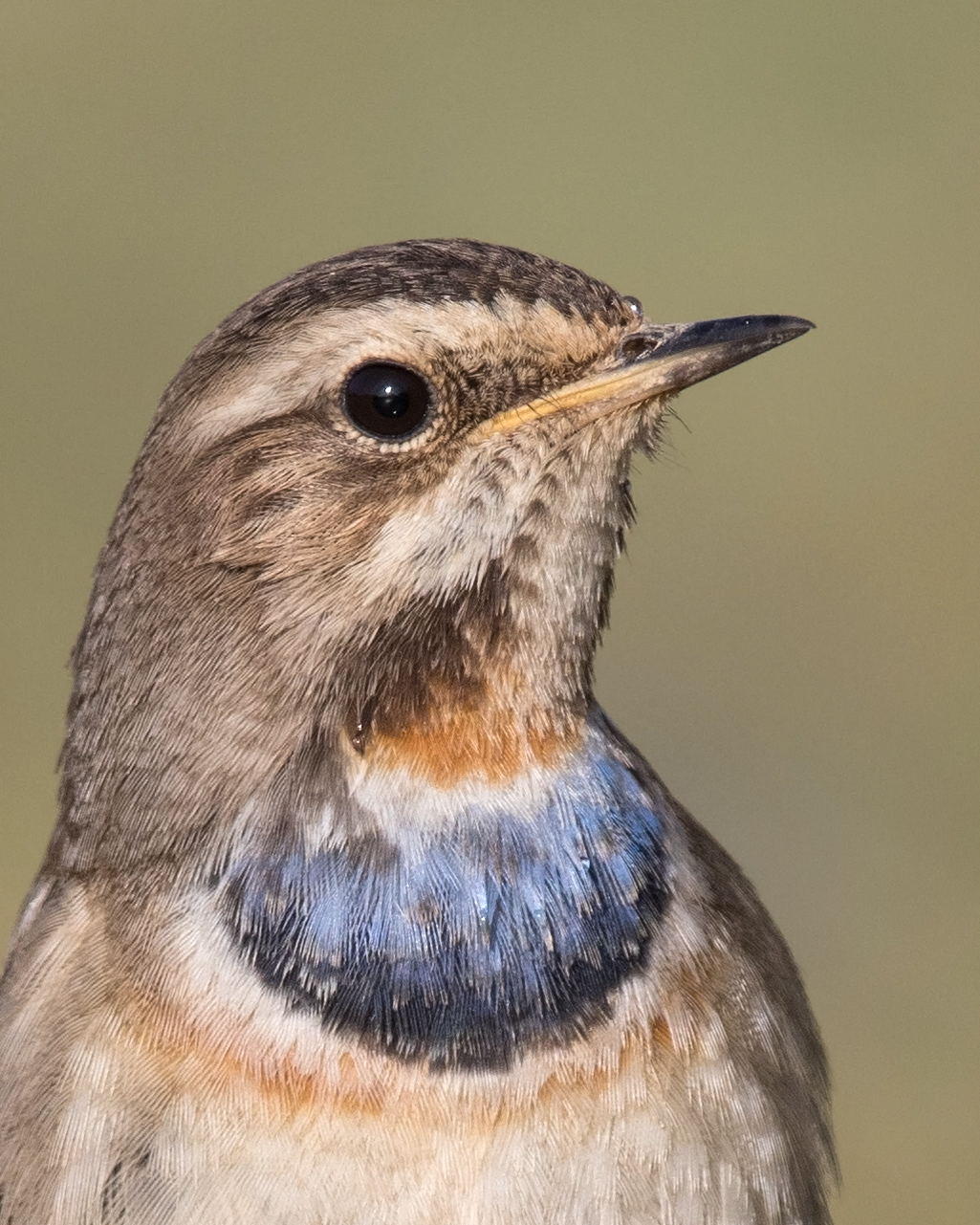 Lingering passerines included the Desert Wheatear at Thurlestone, Devon, and Rose-coloured Starlings in West Sussex and Dorset. Two Richard's Pipits remained at Abbotsbury, Dorset, with another bird again Arlingham, Glos, on 14th. The Hume's Leaf Warbler was again on show at Portland, Dorset, from 8–12th, while Yellow-browed Warblers were logged at a dozen sites. Lesser Whitethroats were seen in Norfolk, Lincolnshire and on the Isle of Man.

The male European Serin continues to perform well at Tide Mills, E Sussex, while Great Grey Shrikes were noted at 18 sites. A Coues's Arctic Redpoll has been showing well in Hamilton, Clyde, since 12th, with two reportedly there on 14th. No fewer than four Little Buntings on offer around Britain and Ireland (with a fifth on Jersey on 11th) is no doubt testament to the bumper autumn for this species in north-west Europe. The Bedfordshire bird has become much more reliable now that a seeded area has been established for it at Great Barford. One remained at Nanjizal, Cornwall, and others continued in Devon and Hampshire. 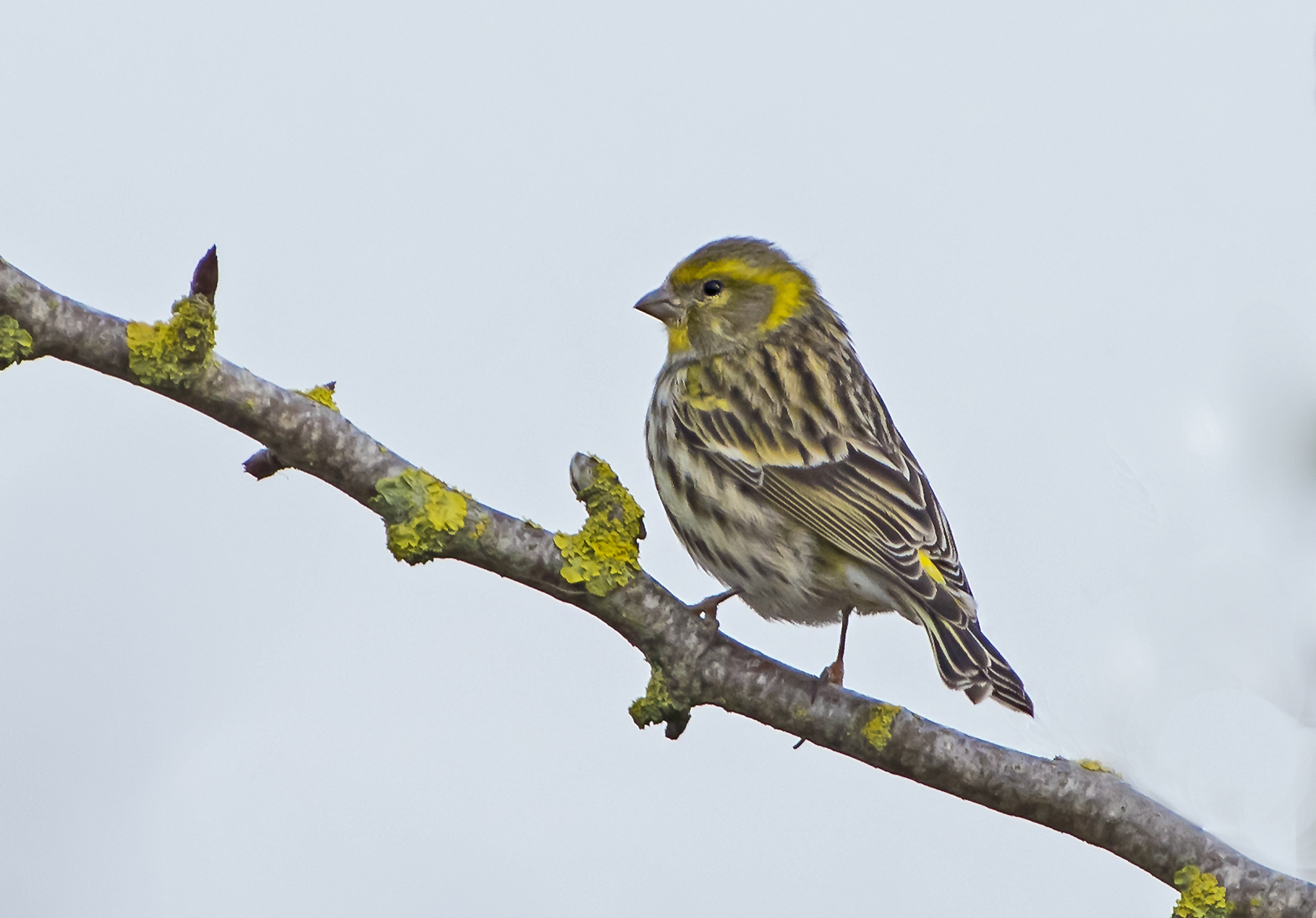 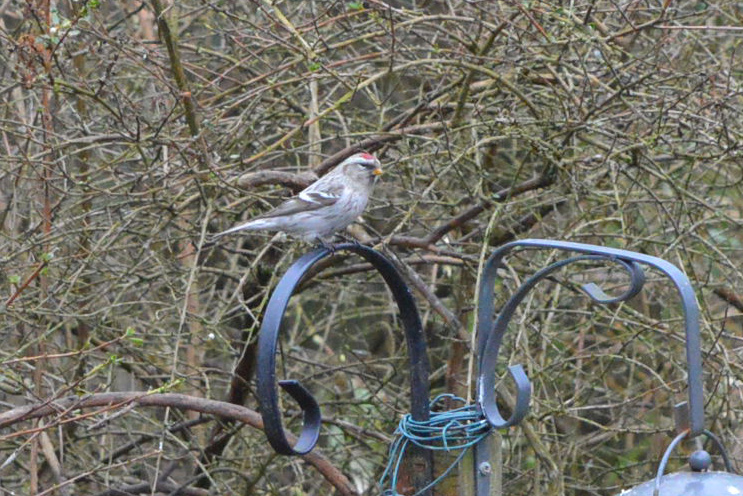 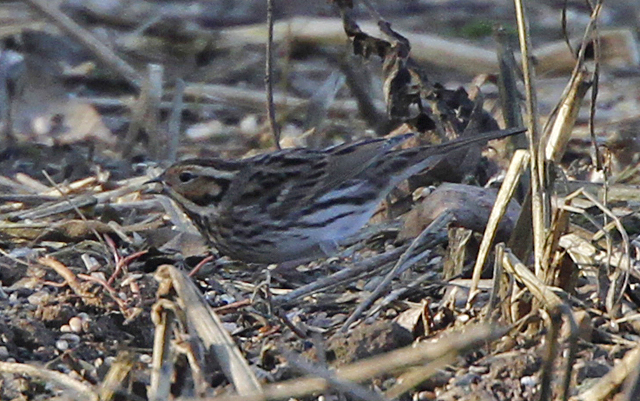 The continued presence of Sudan Golden Sparrows and Golden Nightjars along the Aoussard Road is sure to be music to the ears of Western Palearctic birders — no doubt this area of Western Sahara will be quite 'busy' with visitors in the coming weeks. A good way to break up the long journey down to Dakhla would be to stop at the village of Afkhennir, where two Cape Gulls were recorded on 10th.

The first-winter drake Baikal Teal continues to show around Noordwijk, Netherlands, while other birds in the country include the remaining Blyth's Pipit and a male Pine Bunting in Limburg. Two further Pine Buntings were in Belgium, with four at two sites in northern Italy.

An immature Allen's Gallinule was at Barragem de Poilão, Santiago, Cape Verde, from 12th, while the Sora continued to show well at Silves, in Portugal's Algarve. In Spain the Hudsonian Whimbrel was still at Santoña, Cantabria, on 11th, while Cyprus' third Crimson-winged Finch was trapped at Phassouri Marsh on Valentine's Day. 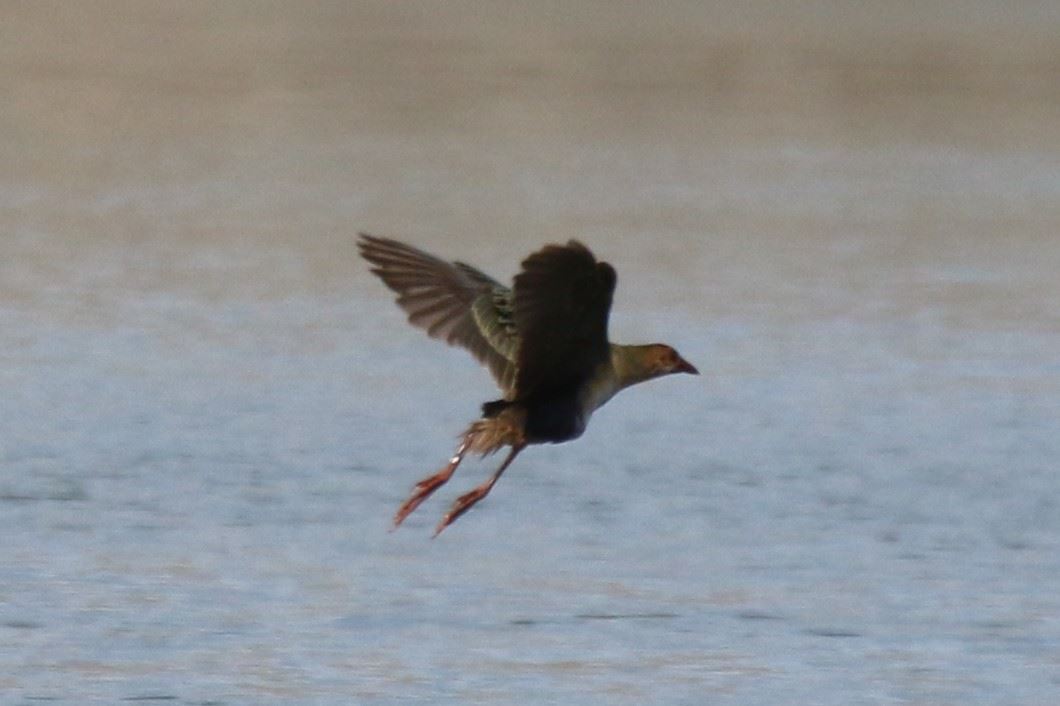