A modestly steady August week passed in which birding generally proved reasonable, if not spectacular. With the temperatures having fallen and rain affecting most areas this week, proceedings suddenly felt rather autumnal after a long spell of wall-to-wall sunshine and heat that stretches back to May (at least for some).

For all intents and purposes, it sounds like it's going to be an early autumn – at least as far as our common migrants are concerned. South-coast sites are already seeing big numbers of warblers, chats and hirundines moving through, and it'll be interesting to see how the coming weeks pan out. Pied Flycatchers remained prominent, if not quite as numerous as the previous week, and more Northern Wheatears, Common Redstarts and Whinchats were also clearly on the move.

While there was no stand-out mega this week, a good spread of rarities was logged including another Fea's-type Petrel that cruised past Porthgwarra, Cornwall, late morning on 11th – it was even filmed by one observer as it went by. Another probable Fea's-type was reported from a Scilly pelagic the following day.

Scilly pelagics produced a fine count of 14 Wilson's Storm Petrels on 9th, with up to 43 Great Shearwaters also seen. Subsequent pelagics in Scilly waters notched up to Wilson's, with two also see from a Co Cork pelagic on 12th and one from the Scillonian III crossing that evening. 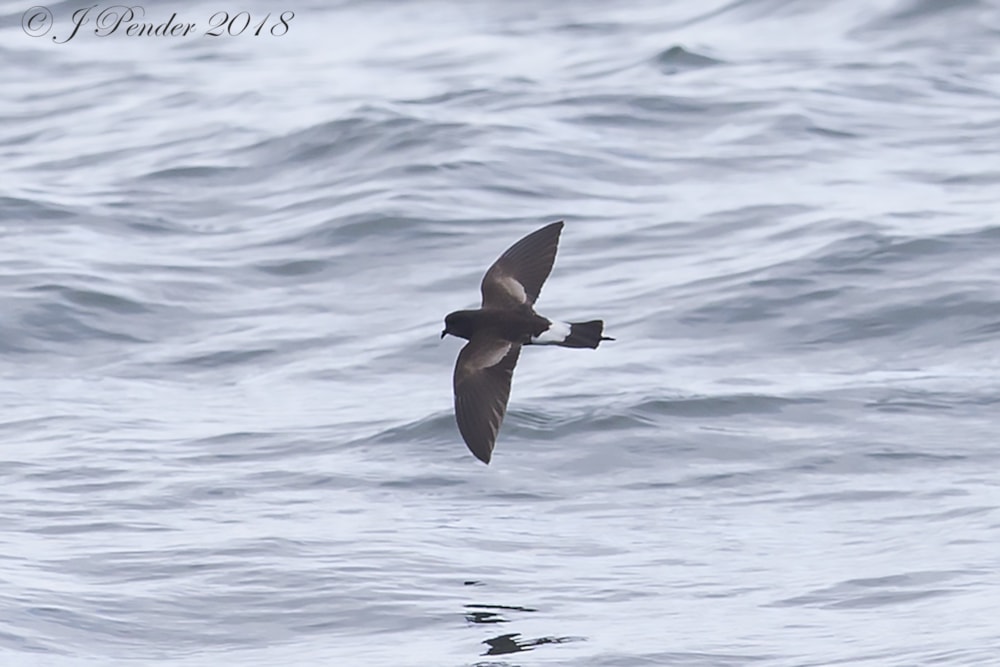 Small numbers of both Cory's and Great Shearwaters continued to be noted from coastal watchpoints in south-west England, with exceptional records of Cory's from Portland, Dorset, on 13th and Corsewall Point, Dumfries & Galloway, on 8th, while five Greats past Wicklow Head, Co Wicklow, on 11th was notable for the Irish east coast. 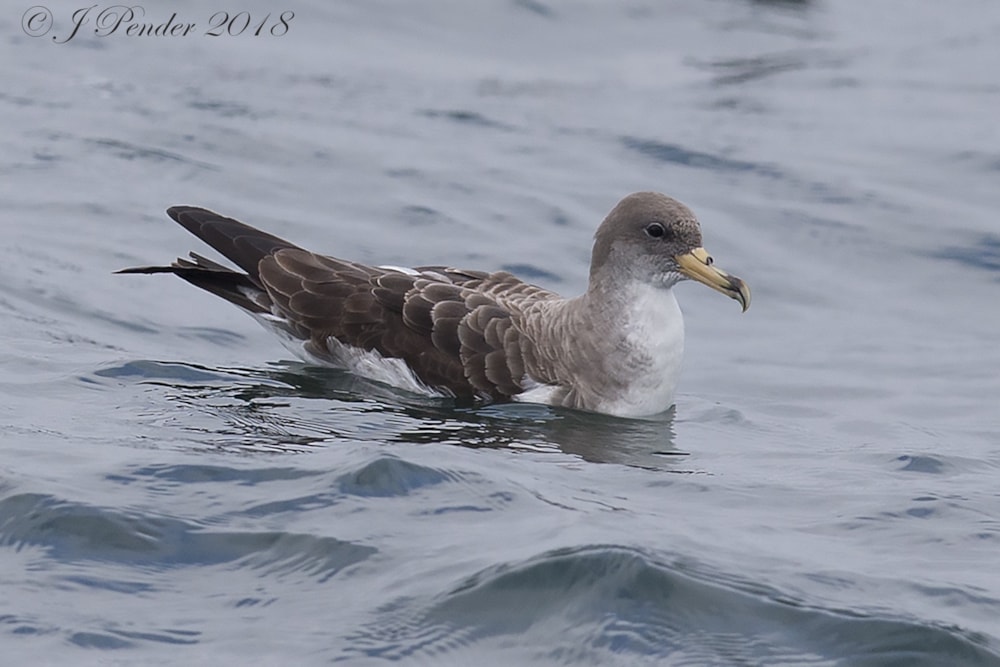 A couple of adult Baird's Sandpipers were found: one frequented Great Pool, Tresco, Scilly, from 9-13th and another arrived at Ardivachar Point, South Uist, from 11th. Other Nearctic visitors included the White-rumped Sandpiper at Lower Rosses, Co Sligo, to 12th and three Pectoral Sandpipers. New 'Pecs' were at Kilnsea Wetlands, East Yorks, on 12th and Tamar Lakes, Devon, on 13th in addition to the remaining individual at East Chevington, Northumberland, which was still there all week. The Buff-breasted Sandpiper was last seen at Blacktoft Sands, East Yorks, on 8th.

Kilnsea Wetlands was also briefly visited by an adult American Golden Plover on 12th, with perhaps the same individual in the Friston and Hazlewood Marshes area of Suffolk on 13-14th. Meanwhile, in Moray, the Pacific Golden Plover continued to show well at times at Findhorn Bay throughout the week. What was presumably the same Marsh Sandpiper as that seen in late July was again at Cliffe Pools, Kent, on 11th. 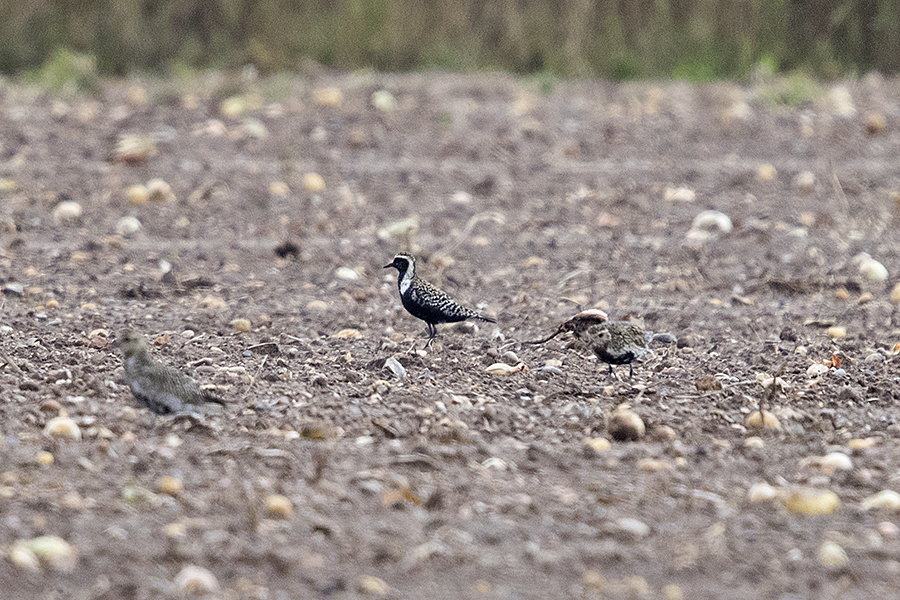 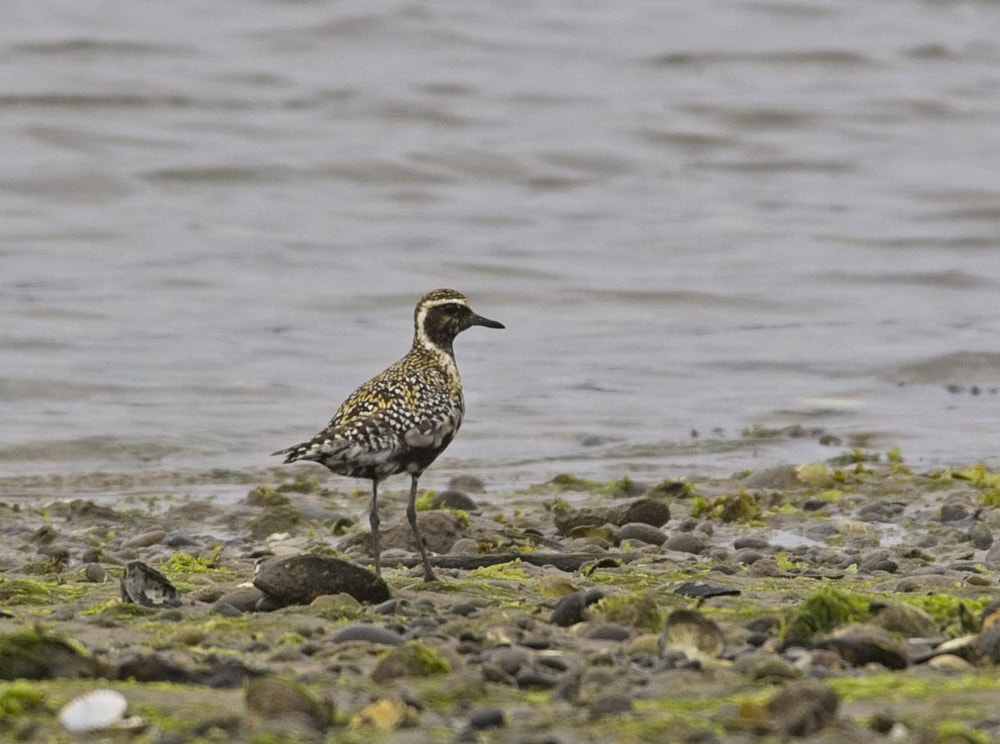 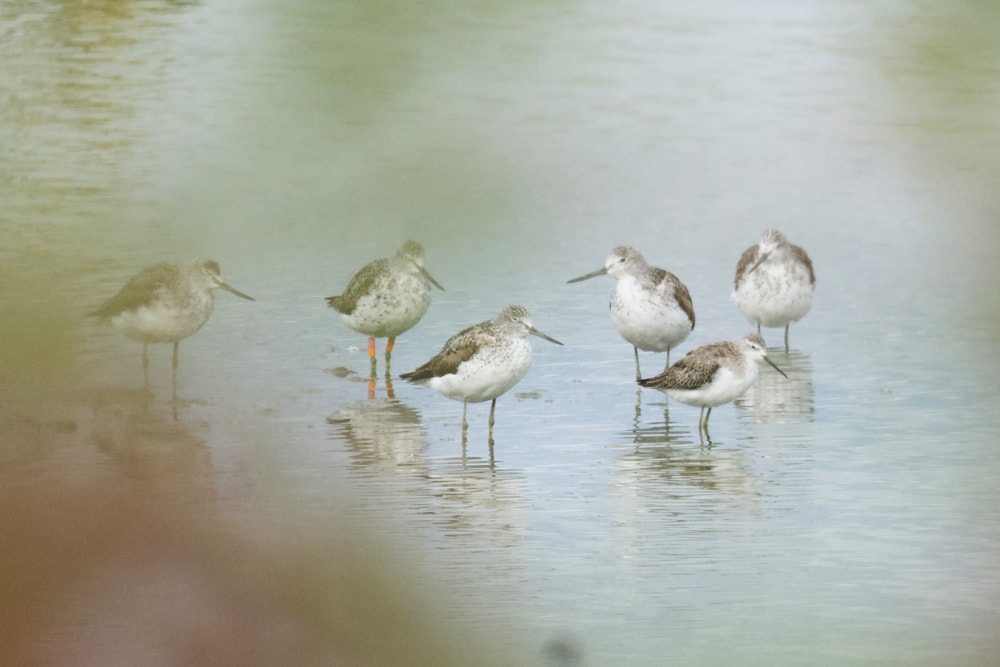 Shorebirds aside, the list of rarities this week looked rather more akin to early winter than late summer, with gulls, ducks and raptors dominating. A new adult Bonaparte's Gull was discovered at Hoylake, Cheshire, on 12th and was seen intermittently to 14th, while the usual adult remained at Oare Marshes, Kent, and the Franklin's Gull alternated between Scaling Dam Reservoir and nearby Pinchinthorpe, Cleveland. An adult Ring-billed Gull was back at Nimmo's Pier, Co Galway, with further adults at Lurgan Green, Co Louth, and on Tiree, Argyll, with the second-winter still on Vatersay, Outer Hebrides. Terns included an adult White-winged Tern at Inch Island Lake, Co Donegal, on 10th, with the Forster's Tern still contentedly moulting away at Soldier's Point, Co Louth, throughout. 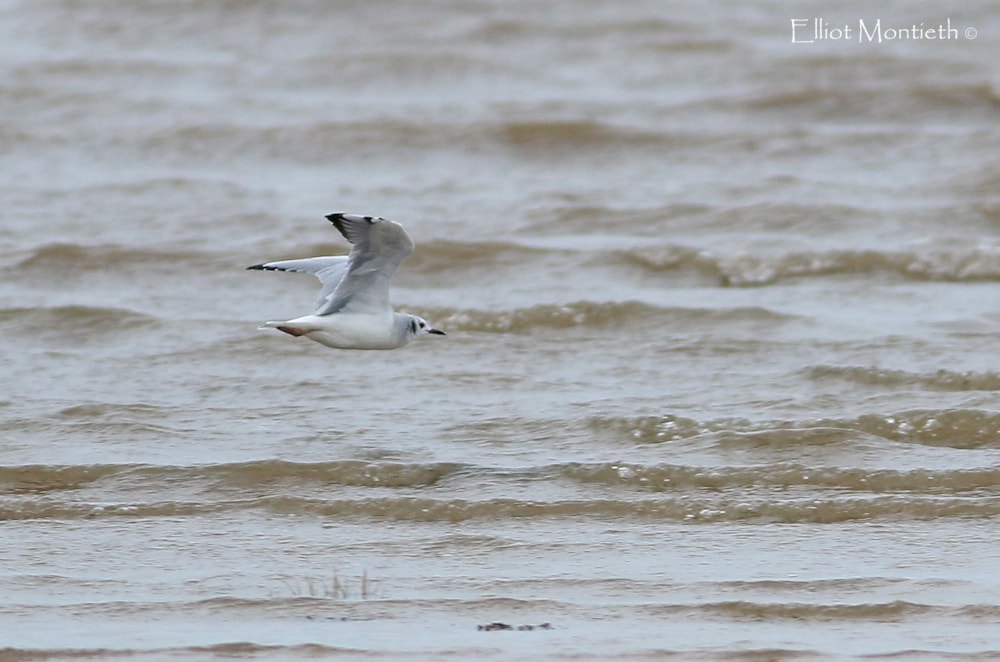 The second Blue-winged Teal of 2018 was found at Alkborough Flats, Lincs, on the morning of 11th, although only lingered until late that afternoon before flying off. Meanwhile, in west Wales, the King Eider continued on the Dyfi Estuary off Ynys-Hir RSPB, Ceredigion. Abberton Reservoir, Essex, held both the returning Ring-necked Duck (seen on 12th) and the continuing Ferruginous Duck, while another drake Ring-necked Duck was at Willington Gravel Pits, Derbyshire, from 11th onwards. The only Surf Scoter this week was a drake off Lunan Bay, Angus, while the Lesser Scaup continued at Drift Reservoir, Cornwall. 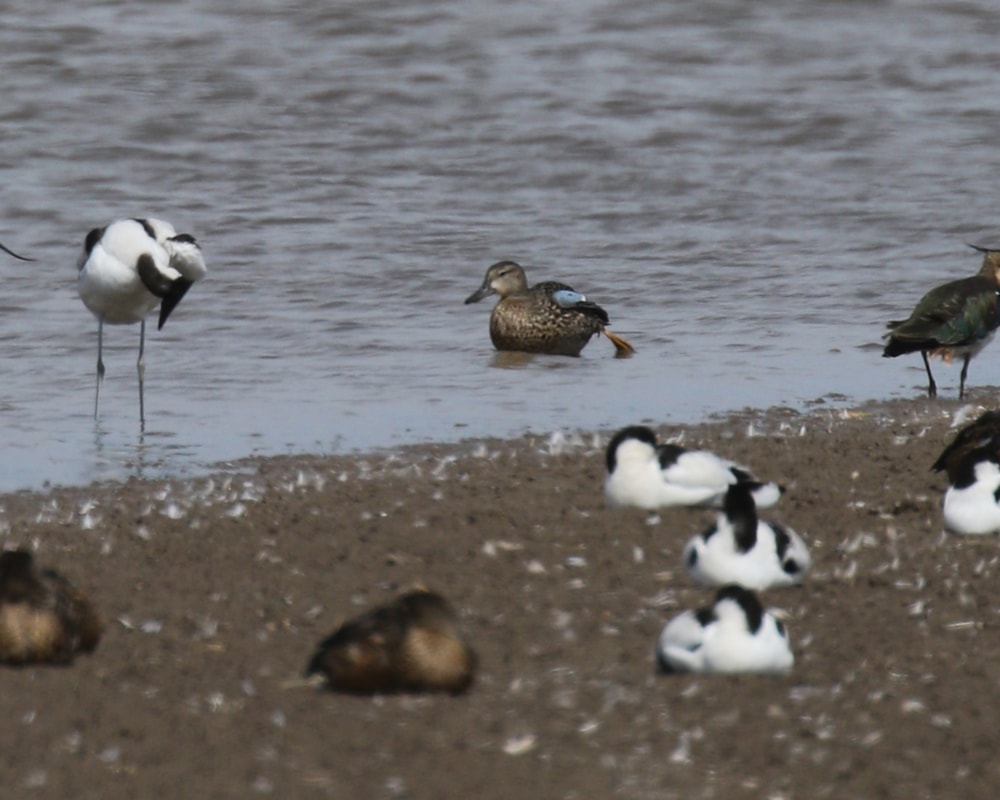 The Snowy Owl lingered at Greinetobht, North Uist, to 11th, and the St Kilda bird reappeared on 8th. In North Wales, belated news concerned the wide-ranging female seen atop Carnedd Llewelyn, Gwynedd, on 26 July. A white-morph Gyr Falcon even appeared on Fair Isle on 8th, although the chances must be that this is the same bird as that later seen on Unst from 9th – that individual was later seen wearing yellow tape and a bell and thus must be an escapee.

Bucking the wintry trend – at least by nature if not by name – was the first Arctic Warbler of the autumn at Valyie, Unst, on 14th. The first Barred Warblers of the autumn were on Fair Isle and North Ronaldsay on 13th, followed by one alongside the Arctic Warbler at Valyie, Unst, on 14th. Icterine Warblers were on Fair Isle and North Ronaldsay, while there were reports of Wrynecks in Dorset and Somerset. Fair Isle also scored a Marsh Warbler on 13th, but rather more significant was the bird trapped and ringed at Stanford Reservoir, Northants, on 9th. 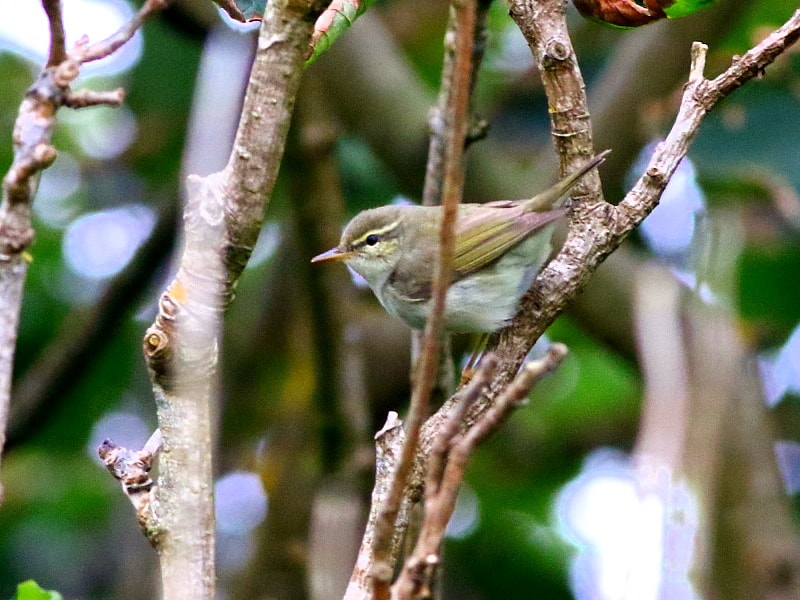 The first Aquatic Warbler of the year arrived in a mist net at East Fleet, Dorset, on 13th, coinciding nicely with this timely article on the BirdGuides website. A Greenish Warbler briefly visited a garden in Newtonhill, Aberdeenshire, on 9th. A male Red-backed Shrike at Spurn, East Yorks, from 8th was joined by a juvenile on 14th. Another juvenile lingered at Brightlingsea, Essex, from 9th. Legacies of this summer's influx, adult Rosy Starlings were on Fair Isle and near Stornoway, Lewis, Outer Hebrides. 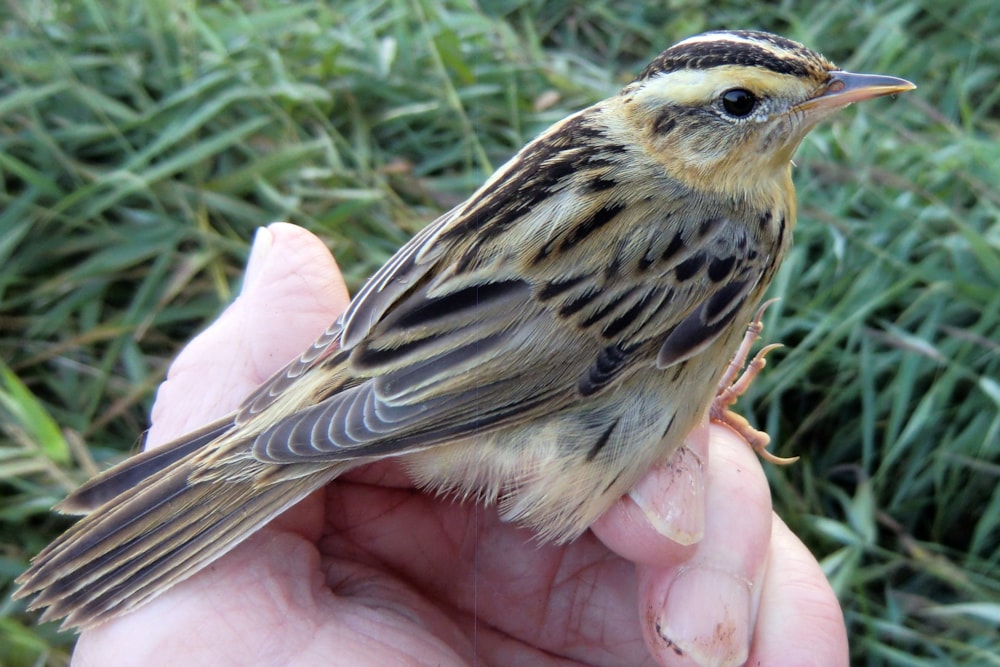 The elusive Purple Heron continued to be reported fairly regularly at Rutland Water to 13th, while continuing adult at Shapwick Heath, Somerset, and the juvenile at Studland Heath, Dorset, were even more difficult to catch up with. A new bird, a juvenile, arrived at Cliffe Pools, Kent, on 11-12th. An unringed juvenile White Stork was seen between Cley and Beeston Regis, Norfolk, on 10-11th, while the red-ringed escape was just east of Peterborough, Cambs, on 8th and a bird from the Knepp reintroduction scheme was at Long Marston, Herts, on 12th – another blue-ringed bird was on the south coast at Pagham Harbour on 13th. 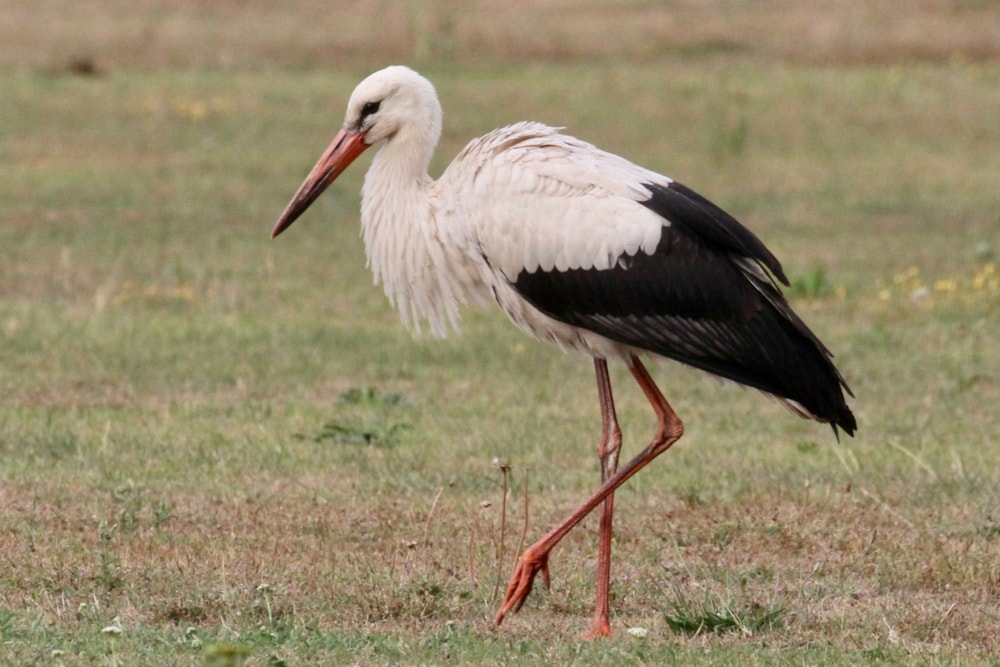 It's been a decent late summer for Spotted Crakes so far, with showy birds entertaining crowds at Gibraltar Point, Lincs, and Lackford Lakes, Suffolk, this week, while others proved twitchable at Burton Mere Wetlands, Cheshire, Newton Pool, Northumberland, and Potter Heigham Marshes, Norfolk. Another was briefly seen at Middleton Lakes, Warks, on the morning of 13th. Lastly, it's worth mentioning that the Pied Crow continues to frequent the camp site at Thornwick Bay, on the north side of Flamborough Head, East Yorks. 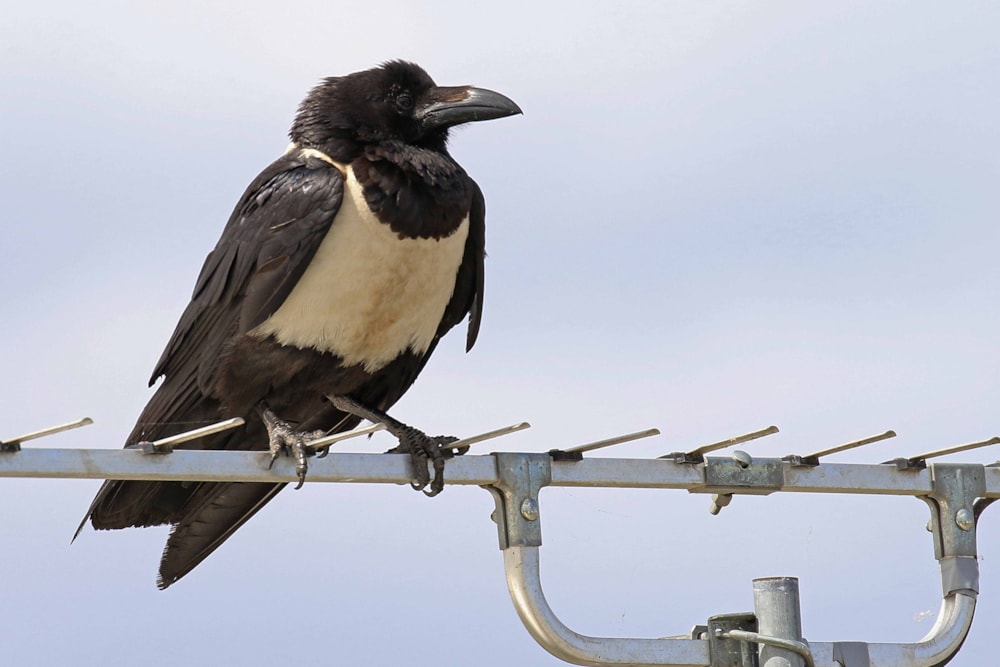 There were a few more reports from around the region this week, with the biggest surprise being Denmark's first Pacific Diver, which showed well off Skagen on 13-14th. Poland scored its fourth and fifth White-rumped Sandpipers this week, as well as a nice Sociable Lapwing near Grabowo Wielkie on 12th. 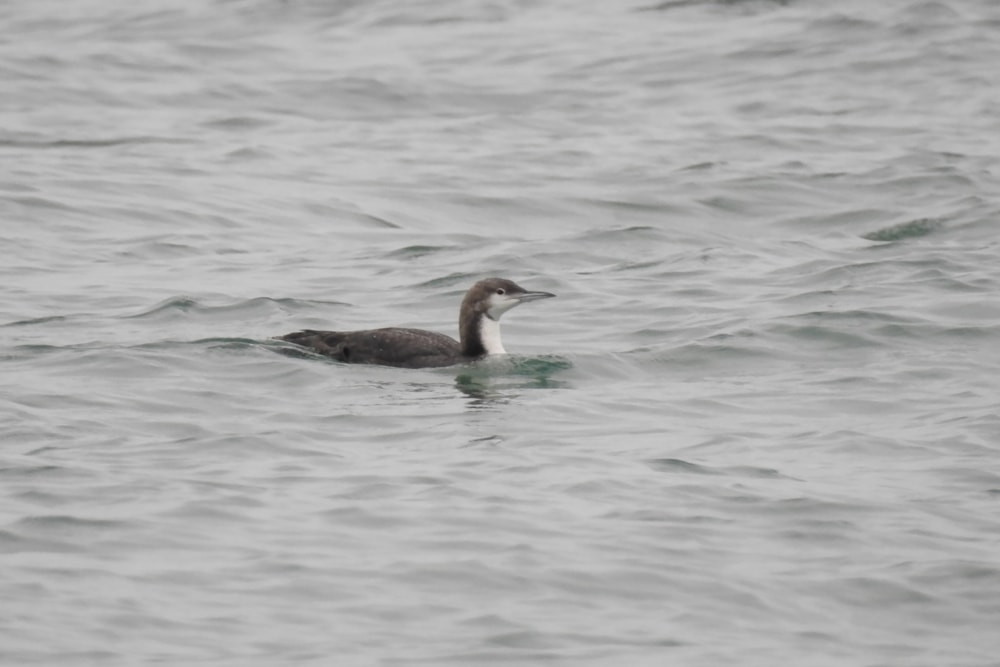 The Dwarf Bittern continued to show at Llanos Pelados, Fuerteventura, this week, while the famous Cabo da Praia quarry on Terceira, Azores, held two Least Sandpipers and a Hudsonian Whimbrel. Meanwhile, in Iceland, two Rosy Starlings were on Heimaey on 10th.